A breathtaking encounter with killer whales in the Canadian wild. 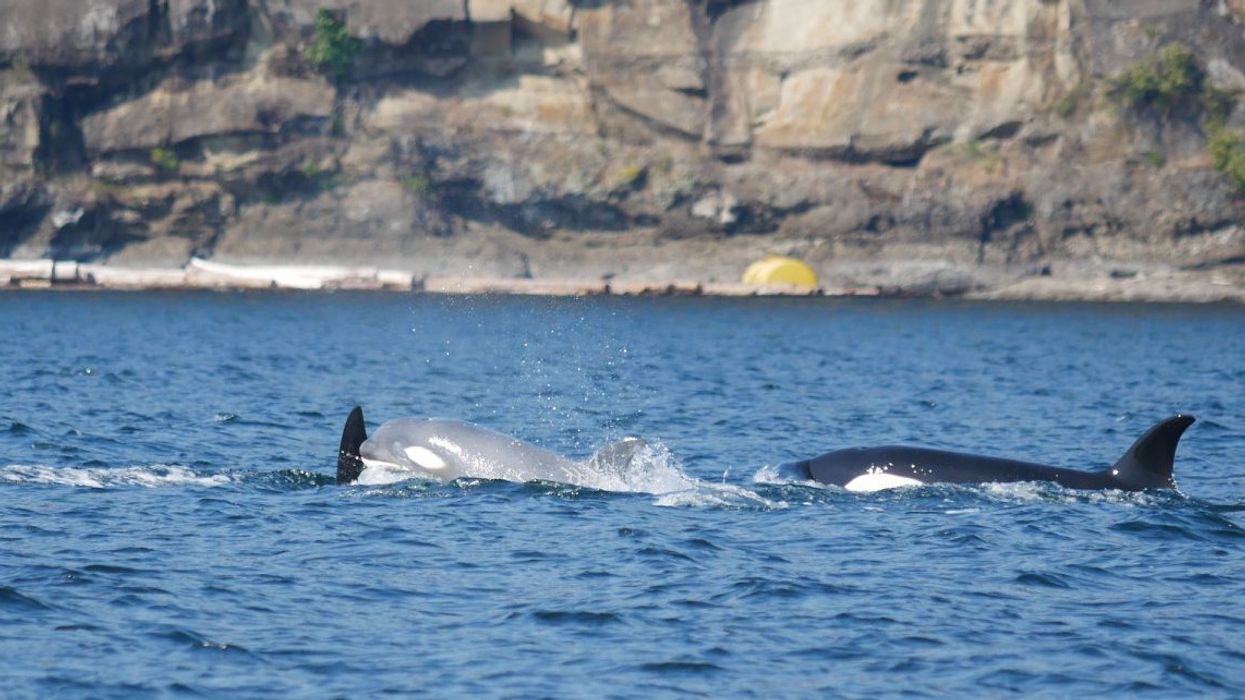 Killer whales are known to frequent Canadian waters, but an extra rare orca made a special appearance recently and people were in awe. A rare white orca whale was seen in BC and there's photos for proof. These pictures sure are a surreal sight.

Vancouver Island Whale Watch witnessed the incredible wildlife encounter on Tuesday in Nanaimo, BC. The photos were too incredible not to share, and luckily for us, they posted several photos of the orca sighting on their Facebook page.

Vancouver Island Whale Watch said in their blog post about the encounter that this wildlife sighting was very rare; it's not often that white orcas are spotted.

"In any case, this young killer whale is certainly unique ... Once we confirmed that this was indeed a white orca travelling in this pod we got very excited!," reads the blog post. "To our knowledge it has been 10 years since the last confirmed sighting of a white whale in our waters, so this was an amazing discovery!"

Check out the surreal photos from Vancouver Island Whale Watch of the white killer whale!

The photos have gone viral on social media, with the Facebook post garnering over 500 likes and 700 shares to date. Several people have been commenting their amazement.

So why is this killer whale a different colour? "The cause of the distinct colouration in this calf is still unknown, although a few possible explanations have been suggested, including leucism or Chediak-Higashi syndrome," says Vancouver Island Whale Watch in their blog post.

"Leucism causes a loss of pigmentation but it doesn’t affect the eyes, while Chediak-Higashi syndrome is a rare autosomal genetic condition which can result in albinism."

The white orca was seen swimming with a pod of normal coloured killer whales. So next time you're by the shores in BC, keep your eyes peeled because you never know when wildlife will make a surprise appearance.

Recently, there have been several sightings of killer whales in the city. A family of orcas was spotted swimming together in Metro Vancouver waters just last month in April. Last week, a pod of killer whales even caused a Translink Seabus in the Burrard Inlet to slow down.

UPDATE: The UEFA confirmed that Christian Eriksen has been transferred to hospital and stabilized.