The teens have been on the run for several days. 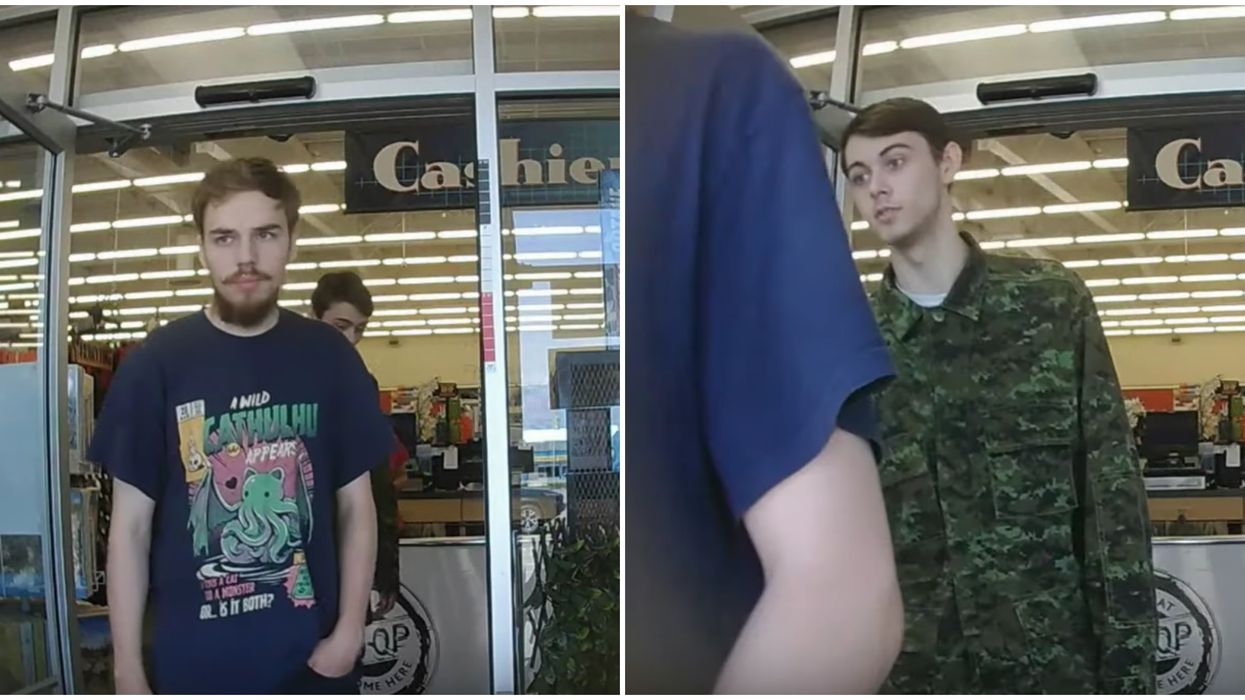 The Canada wide manhunt continues for the two Port Alberni teens who are suspects in three Northern B.C. murders. The two BC teenagers have been on the run for several days. Now, in order to help with their investigation, police have released surveillance footage of the two suspects in a store in Meadow Lake, Saskatchewan earlier this week.

RCMP provided an update in a news release on Friday on the hunt for Kam McLeod, 19, and Bryer Schmegelsky, 18, who are currently suspects for three Northern B.C. murders. They have also been charged with the murder of a UBC botany lecturer.

The pair is believed to be in the Gillam area of Manitoba but police now believe that there is a possibility they have left the area. RCMP say they may have also altered their appearance.

"Our investigators are also exploring the possibility that the suspects may have inadvertently received assistance in leaving the area," reads the release from RCMP. "To restate, there have been no confirmed sightings outside of the Gillam area, however we remain open to the possibility."

Previously, there had been two sightings of the suspects in the Gilliam area. Officers have been working to search the area, but so far, the two have not been found. One Manitoba mayor has warned residents to "lock their doors".

RCMP's next step moving forward is to go door-to-door. "Over the next 72 hours, investigators will conduct door-to-door canvases in the Town of Gillam and Fox Lake Cree Nation, in hopes of generating new tips and information," reads the release. "Residents in these areas can be assured that we are activating all necessary resources to protect public and officer safety."

The RCMP is warning the public to "remain vigilant for Kam McLeod and Bryer Schmegelsky". "If they are spotted, do not approach, call 9-1-1 or your local police immediately," reads the news release.