They're celebrating all types of love in honour of Pride Month. 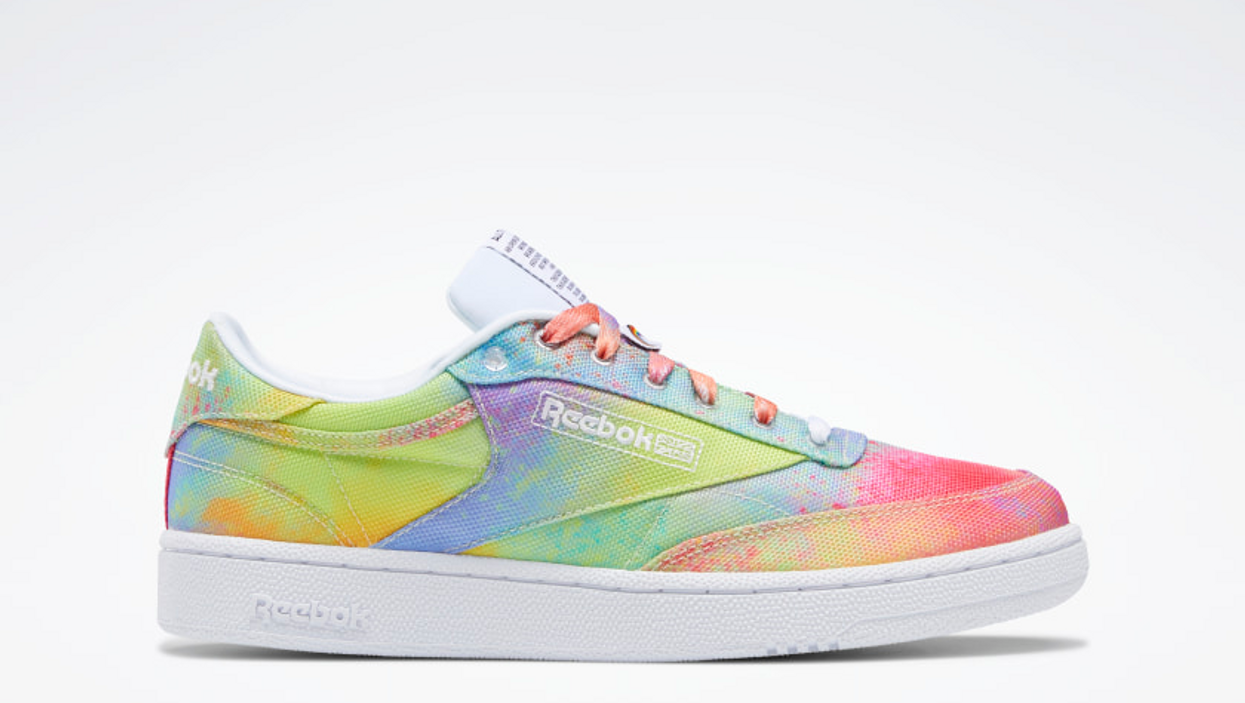 Summertime is synonymous with many things - one of them being Pride. During June, July and August, various cities and countries celebrate the LGBTQ+ community; coinciding with June, AKA Pride Month in the USA, and to help commemorate and the community, Reebok Canada's newest shoes are pride-themed  - and they're getting five-star reviews.

There are actually multiple shoes in the collection, which appears to have been released in May. All the designs feature bright, colourful takes on the brand's pre-existing styles.

The shoes are of course considered unisex, but they're sized as other men's styles are. So Reebok recommends people who usually wear women's sizes should size down 1 to 1.5.

All of the shoes in the collection feature some sort of rainbow design, to help honour the LGBTQ+ community's iconic flag.

But probably the most impactful feature of Reebok's Pride collection is the label on the tongue of the shoes.

It's an empowering message that speaks to the importance of celebrating and supporting all types of love.

The label is of course included on the tongue of the Club C 85 Pride Shoes, which sell for $110.

Other than the strikingly colourful design, they've got a textile upper and the sole is rubber - making them great for everyday wear.

These have an average rating of five stars on the Reebok Canada website, with many reviewers praising the overall look of the shoe, as well as the messaging.

They also offer a second design in this model, with a rainbow lining instead of a fully colourful shoe.

Rounding out the lineup are the Classic Leather Pride Shoes. They also sell for $110 and feature a more subtle design, with an all-white exterior with a colorful, tie-dyed lining.

The standard shoelace has just a little bit of colour to match the lining, but they also come with a second, fully tie-dyed set.

Reebok Canada also has other products in honour of Pride, such as tights, shorts and tops. Some of them are yet to be released though, so make sure to check in often if you find something you like.