10 Influential Millenials In Regina To Watch In 2017 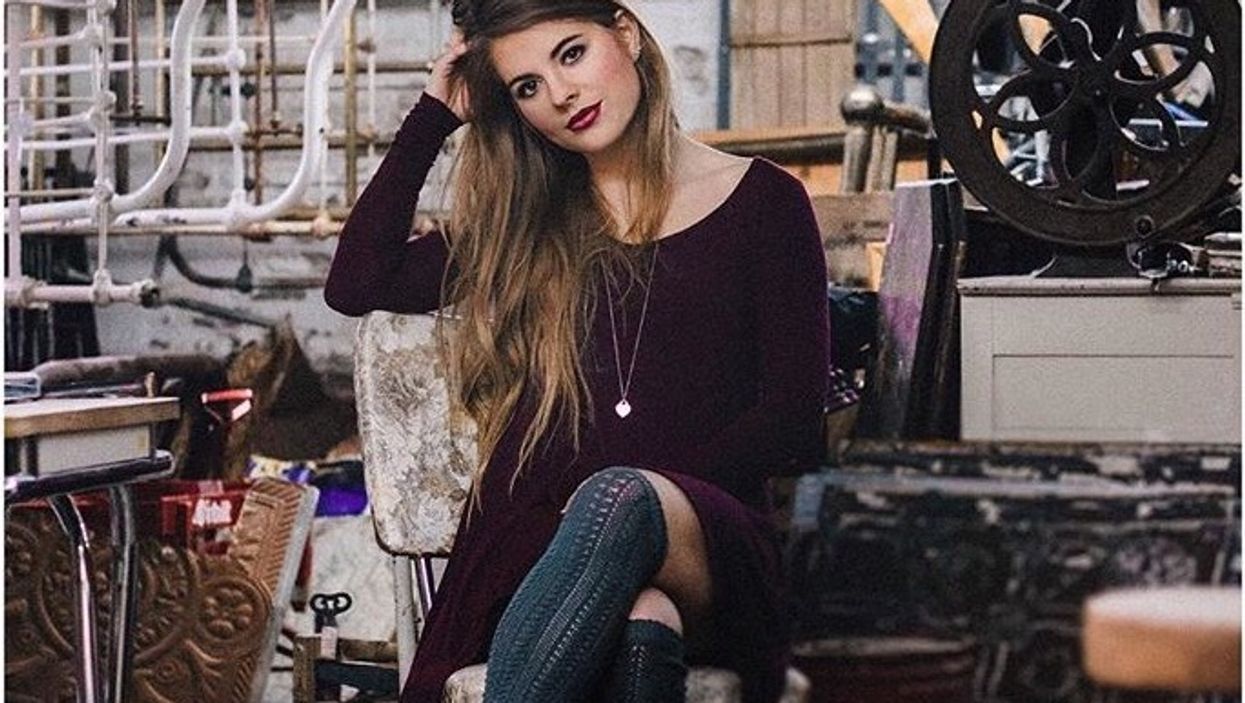 Now that I've already gone ahead and shed some light on the Regina millennials that made an difference in 2016, it's only fair to give some praise to those who are about to make some serious waves in 2017. From musicians to athletes to community leaders, there's a lot of young talent out there that proves that our generation is full of hustlers and grinders.

Although this is just a small glimpse of Regina's talent, each of these individuals are creating their own path to success and pursuing their dreams with a positive mind and a heart of determination. Here's a look into their world and why they're on our radar as influential millennials to watch in 2017.

Note: This list was created in no particular order.

Why she's on our radar: As the first female artist to sign on with Trifecta, LOA has become a prominent voice for the Queen City music scene. On a mission to redefine feminity through music, LOA is breaking down the walls of tradition and making way for a new generation of women who won't back down for anything or anyone. LOA will be releasing her first full-length album this year but in the meantime tune into her debut single, Funeral.

Known for: Being of Regina's favorite baristas and bringing new life to the local coffee scene

Why he's on our radar: If you hung out at one of Brewed Awakening's locations across the city, there's a good chance you've seen this friendly face. As the general manager and leading barista at Brewed Dewdney, Daniel has been making moves to bring a fresh take to Regina's coffee scene by introducing music, improv, and comedy events to Brewed's trendy new space. Keep up-to-date on the next event here.

Known for: Her lifestyle blog, Beauty Talks Beauty, and starting a conversation on female empowerment.

Why she's on our radar: Leticia is a powerhouse. Her impeccable style and willingness to support and empower women are worthy of recognition. With the recent relaunch of her lifestyle blog, Beauty Talks Beauty, Leticia has her sights set on major things this year. Follow along and join in on the conversation,

Known for: Bringing the EDM scene to the Queen City and spinning some serious beats under the alias Flatland Funk.

Why he's on our radar: Dan has spent countless hours promoting and supporting the EDM music scene both locally and nationally. Last year, he made his first debut at Calgary's Chasing Summer Music Festival. This year, he's putting in serious work behind the scenes to prepare for a Western Canadian Tour and the new release of a DJ booking app called AGNT. You're gonna want to add Flatland Funk to your playlist.

Known for: Her dreamy alt-pop vocals and hilarious Snapchat stories.

Why she's on our radar: As a new breakout artist to the local music scene, Alex is fired up and ready to show the world what she is made of. With a powerful voice in comparison to that of Halsey and Ellie Goulding, she is making moves to become everyone's favorite local pop star. Her first album as XANA is set to release this year and she hits the stage for her first Trifecta debut at Ohan's this Friday.

Known for: Overcoming life's greatest adversities to pursue his love of sport.

Why he's on our radar: After a severe car accident caused him to become paralyzed from the waist down, Blake was faced with the reality of not being able to walk again. He has always been a lover of sport and this year his dreams of becoming a para-athlete are coming true in a big way. In February, Blake is taking off overseas to Brisbane, Austrailia to train in adaptive water skiing and then in April he will represent Canada at the 2017 World Championships in Myuna Bay, Austrailia.

Known her: Her contagious positive energy, speed, and strength.

Why she's on our radar: Amanda is unstoppable. With a lengthy list of notable achievements in the world of fitness, she has worked her butt off to garner influential status as a fitness professional. When she's not competing in the Legends Football League in the states, you can find her hanging out in the Queen City showing up all the boys at Regina CrossFit.

Known for: Being the titan of community relations for the Saskatchewan Roughriders.

Why he's on our radar: Andrew is a man who wears many hats when it comes to launching community initiatives in Regina. Last year, Andrew had the opportunity to travel to Nunavut to spread awareness about anti-bullying and was the recipient of the CFL Award for his work with the Red Cross Imagine No Bullying program. This year, Andrew is helping to lead Project YANA, a non-profit organization that spreads awareness about mental health.

Known for: Their creative perspective on the celebrations of love.

Why they're on our radar: After honing their photography skills out west in Vancouver, Julia and Lucas moved back to Regina to launch their photography business JL Photo. Since then, they have been exploring the vast terrain of Saskatchewan to capture a world of beauty and love on the prairies. Keep an eye out for them in 2017, they've got big things in store.