16 Things That Make You An Asshole Anywhere But Regina 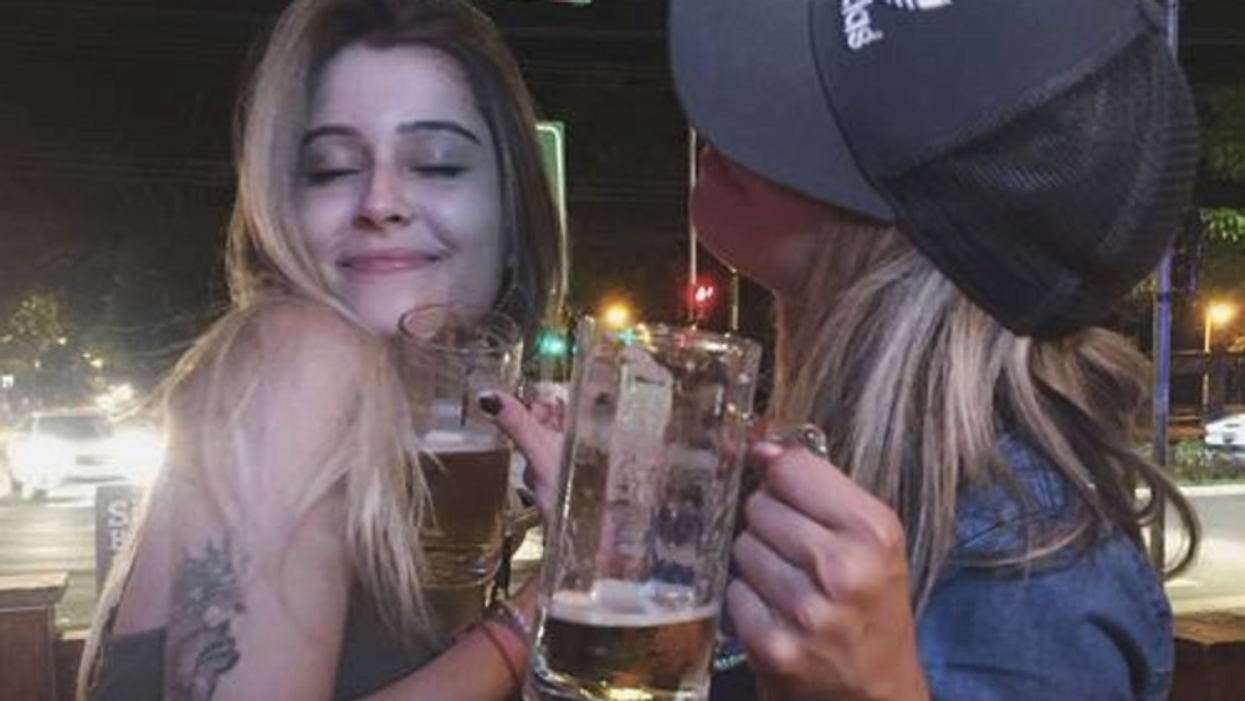 In most places in the world it would be frowned upon to engage in the following behavior: getting wasted while wearing a watermelon on your head, playing hooky from work because it’s harvest season, and holding up rush hour traffic for a flock of geese. But in Regina, those are just the kind of things we do that make us the true prairie folk that we are.

So why not elaborate a little more on the things that make us so Saskatchewan? Go on, have a laugh, and count how many times you say to yourself, “Yup, I’m guilty of that.” ... Maybe we should turn this into a drinking game.

Driving from Victoria Avenue to Downtown instead of taking the city bus.

Most cities recommend using alternative methods of transportation for getting around. It only takes us 15 minutes to get across our ENTIRE city so we rely on our cars for Ubering ourselves around.

Treating cyclists like Pedestrians when they're on Albert Street.

In larger city centers, most drivers are taught that cyclists and pedestrians are god (a.k.a. they can do whenever they please). In Regina, not so much. It might have something to do with the fact that we don’t rely on biking as our main method of transportation so we don’t take it too seriously.

Patiently waiting for Canadian Geese to cross the road.

Since the majority of the Canadian geese population inhabits Wascana Park during the summer, it’s only in our best interest to welcome their stay and politely wait for them to cross the road.

Being a Rider fan in Regina is an excuse for any kind of obnoxious behavior. Throw on a watermelon helmet and cheer your little heart out? Go for it. Paint your entire body green and then go out to O'Hans? Absolutely. Deck your car out with 20 rider flags? Honk for happiness!

Showing up for work when it’s as cold as Antarctica and thinking we deserve a medal for it.

I think we all deserve a raise, gold star, and key to Regina when we leave our homes in subzero weather. Not only do we have to deal with -30 winters but we also have to deal with the wind chill that comes along with the unfriendliness of winters in Regina.

Making fun of Manitoba because they’re the only ones similar to us.

The only real reason we have beef with Winnipeg is because of the Blue Bombers.

Rolling around in the mud half naked at Craven

Craven is that one time of the year where everyone can act like a bunch of drunken barnyard animals and get away with it. Okay, well maybe just 95% of the time... I’m sure there are few of you out there that have done the unspeakable.

Can we all just admit that it tastes like moldy apple juice? I know it’s Saskatchewan-made but come onnnnn.

Stalking people on the way to their cars at the University of Regina.

If there’s one thing Regina is infamous for, it’s a lack of accessible parking. It’s a common thing for us to wait in our cars outside the University like a hawk waiting for a mouse to scurry out of a building. We will find you and hunt down your soon to be vacant parking spot.

Ohhh, the good ol’ days of pit parties. That summer in high school where we all trespassed onto someone else’s property and littered it with beer cans (disappointed emoji face).

I'm calling out all you lake kids on this one. You won’t be surprised if you see a person wake surfing a ditch behind a 4x4 truck after a summer rainfall.

Skipping work to help with harvest.

Regina is really just a big small town because half of the city has moved here from rural Saskatchewan. It’s not uncommon for people to take a few weeks off to hang out on the farm and cruise around in a combine.

Constantly making jokes about our own city.

We never seem to get tired of laughing about the city that rhymes with fun or it's low-budget theme song, Experience Regina.

Wearing Cabela's camo suits before and after hunting season.

The Saskatchewan trend that never goes out of style. Shout out to Cabela’s for dressing our men in outfits that make them hard to find on nature walks.

Leaving our city to go to concerts at The Sasktel Centre.

Pissing off restaurants like Earls because we want real ranch.

We put ranch on EVERYTHING.

Who says you need gin & juice to have a good time?
mostachemueller

Summer is almost here — meaning the days are getting longer and hotter, and now is the time to get out and enjoy a little bit of that Regina heat! Although it’s always nice to sit back on a patio and sip a few margaritas, drinking definitely doesn’t have to be on the menu to have some summer fun in the city.

READ ALSO: 12 Unique Places In Regina To Take A Date If You Don't Drink

Your guide to summer eats.
matteacolumpsi

The outdoor season for the farmers' market has officially begun and there's nothing that reminds us of summer like crowded sidewalks full of local produce, homemade goods, and of course food trucks parked on City Square Plaza.

READ ALSO: You Need To Check Out This Saskatoon Food Truck Parade This Summer

It's days like this where we can't get enough grab-n-go style eats in cardboard boxes and late-afternoon lunches spent hanging on the grass in Victoria Park. Is there anything better than eating outside in the summer sun? That kind of seasonal happiness is pretty hard to beat.

And while our minds are on the topic of food, here are 9 super tasty food trucks you have to try this summer in Regina:

All the way up.
20teneatery

Spring has officially shown up to the seasonal party and it coasted right on in riding a heat wave that could easily be mistaken for summer. You'd swear May is trying to make June jealous by showing up hotter than usual but that is one temperamental dispute that I'm not willing to break up.

READ ALSO: 6 Food And Drink Festivals You Must Go To This Summer In Saskatchewan

The main reason being that patio season got itself an early start and I can barely contain my excitement.

18 Things To Do With Your Girlfriend This Summer In Regina

And the best boyfriend award goes to....
weheartit

We've officially entered the season where dating starts to get real fun again. Not that we aren't fans of Netflix & Chill marathons but truthfully, those get kind of boring after a while and summer doesn't do boring. It's time to switch your dating game up and show your girl how much fun it is to be with you.

And if you're feeling stuck on how exactly you're going to crank up the fun meter in your relationship, don't you worry, I got you. From sunset gazing to music festivals, you're about to have the best summer yet with your ultimate partner in crime.

READ ALSO: 6 Food And Drink Festivals You Must Go To In Saskatchewan This Summer

Here's a list of 18 things to do with your girlfriend this summer in Regina. Pssst, she's gonna love you for this.