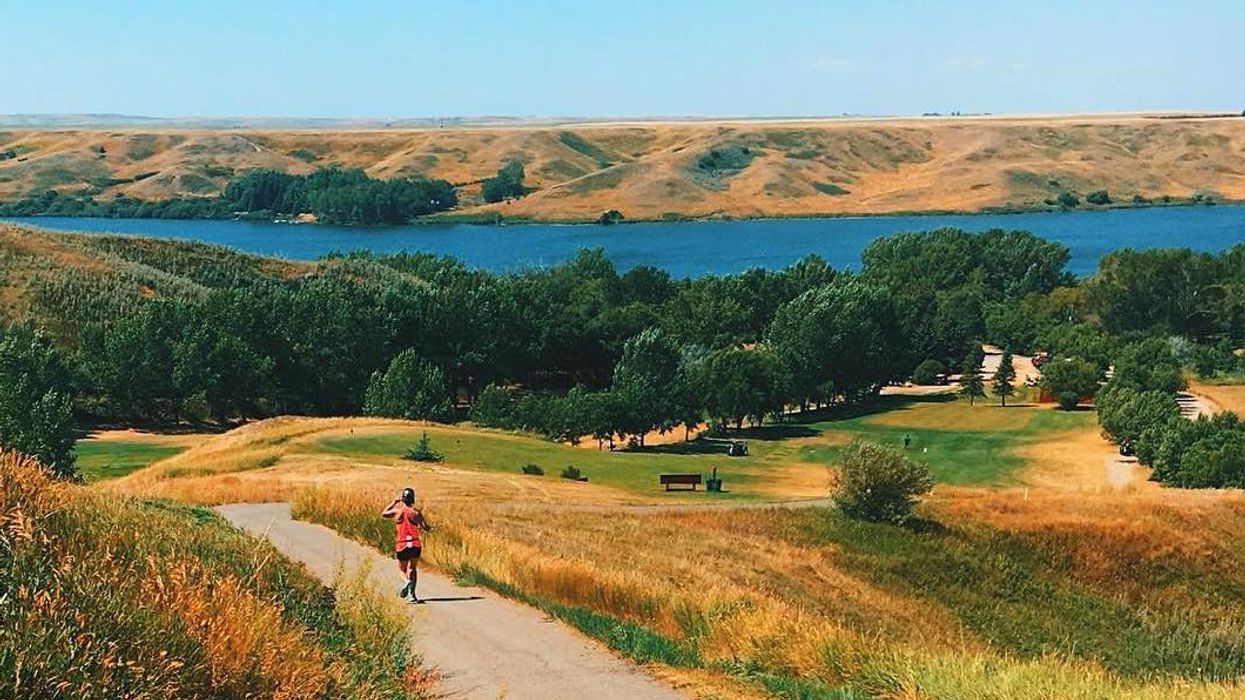 If you've ever heard someone say that Saskatchewan is boring, you're not alone. But if we're being honest, we all know we're not boring at all, and in fact, we love it here and we're fvcking awesome.

READ ALSO: 23 Things You Will Only Understand If You're From Saskatchewan

It's probably time that the rest of Canada realizes how incredible our middle prairie province is. Let's hear a little Sask pride and make the rest of Canada jealous with these 17 things you can only find in Saskatchewan. Now, pass me some O16 and let's get on with it.

1. The stunning University of Saskatchewan campus.

Saskatchewan is known for the gorgeous architecture and beautiful stone of its Usask campus. It's been rated one of the most beautiful campuses in Canada, and is a perfect spot for photos. It even makes our winters look incredible, which is saying something.

The Athabasca Sand Dunes are a hidden Saskatchewan gem, and they are also the largest set of active sand dunes in Canada. Do any of the other provinces have a massive desert-like feature? That's what I thought.

Saskatchewan is home to the last two remaining Fuddruckers in Canada. There's a location in both Regina and Saskatoon, where you can still enjoy their delicious build-you-own-burger bar and creamy milkshakes.

The sky here is constantly a beautiful light display, bright with orange and pink colours at sunset and calm blue shades in the day. After all, we are the Land of the Living Skies, are we not?

Saskatchewan is home to multiple purple sand beaches, including Hunter Bay, Candle Lake, and Prince Albert National Park. Purple Sand beaches are fairly uncommon worldwide, so it's saying something that Saskatchewan has more than one of them!

6. Free parking in the city.

What major city has free parking in their downtown area? Regina and Saskatoon! On Sundays and after 6pm during weekdays, parking is free in the downtown area. In Regina, parking is also free on Saturdays with a 2-hour limit.

Saskatchewan is home to this botanical mystery that draws attention world-wide. The Crooked Bush a grove of aspen trees that have grown crooked, and it's also one of the CBC's 54 Wonders of Canada.

Saskatchewan is covered in 12% water — that's a lot of lakes! We're also home to 35 provincial parks and 60 regional ones, meaning there's a ton of lake towns, beaches, and river valleys to explore.

9. The most patriotic CFL fans.

If you want to experience an incredible crowd atmosphere and the most football pride ever to exist, then you need to attend a Rider game in Saskatchewan. The #riderpride here is contagious.

Yet another natural wonder in Saskatchewan. The Massold Clay Canyons are a gorgeous place for a hike, and are making headway as a top Sask tourist spot.

Dale MacKay is the winner of the 2011 Top Chef Canada show on the Food Network, and he has three restaurants in Saskatoon. There's Ayden Kitchen and Bar, Sticks & Stones, and Little Grouse on the Prairie — now that's something to boast about.

Saskatchewan has Canada's very own dead sea — the saltwater lake of Little Manitou. The salt density in the water is so high here, that when you lay back, you literally float. It's sooooo relaxing.

Come and see the skies in Saskatchewan light up with blue, red, yellow, and green colours. The Northern Lights are so prominent here, there are actually tour groups organized to help you get the best view of this gorgeous sky show.

The CLS is Canada's national synchrotron light source facility, and it's located at the University of Saskatchewan. This project is one-of-a-kind in Canada and one of the largest science projects in Canadian history too!

16. Bragging rights on a bunch of Canada's firsts.

Although we also enjoy the bustle of city life, Saskatchewan people love getting out in nature, slowing down, and making the most of our wide open prairies. Can you blame us for relaxing when the view is this great?