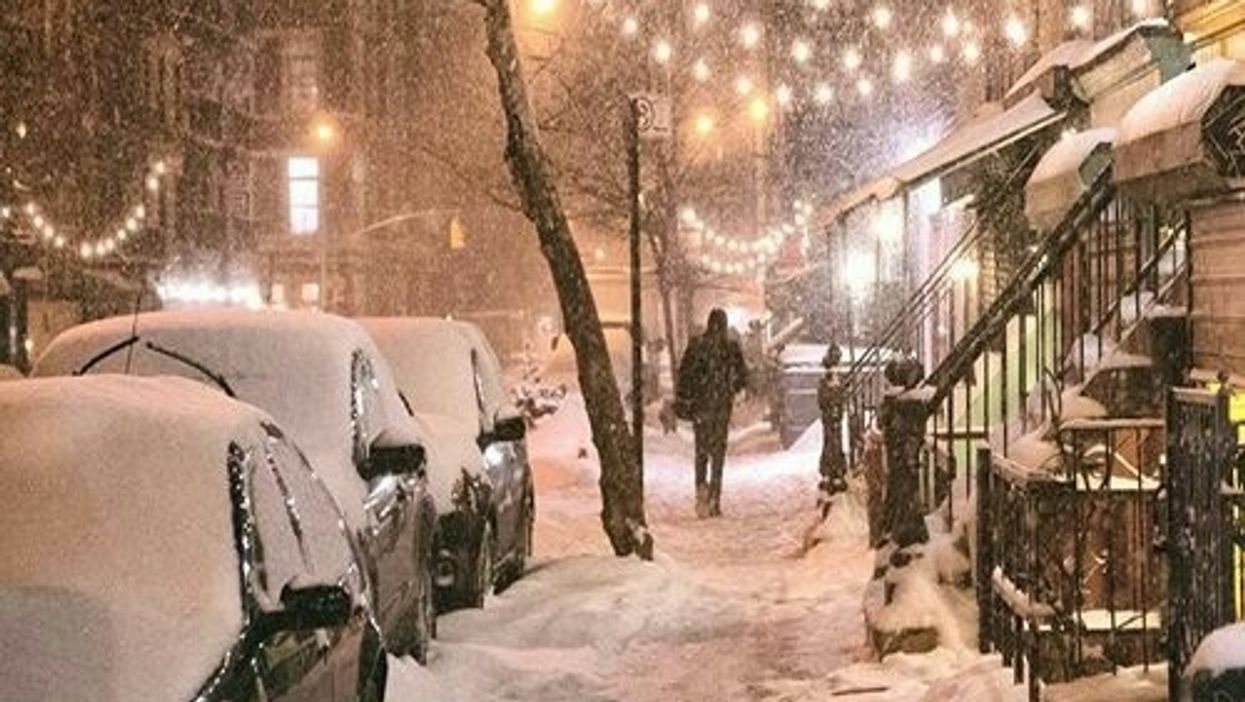 It's during this time of the year where we start to think that winter in Regina is just the beginning of a slow, impending death. I hate to be so surly right before Christmas but have you seen the weather outside? It's like the beginning of a snowpocalypse. Just not any kind of snowpocalypse either, it's a Saskatchewan one and I've heard they're the worst kind.

The worst part about winter is that eventually, we're going to have to go outside and face the grueling wind chill and frigid cold temperatures that come along with it. By now, we've accepted that this is the fate we deserve by choosing to live in Regina, Saskatchewan of all places.

My advice is to stay inside, keep warm and read about the daily winter struggles that are all too familiar to our daily lives.

Not knowing if it’s actually winter or not

According to the calendar, the first day of winter is December 21 but in Saskatchewan, that’s usually a different story. Mother Nature likes to play mind games with us so it usually takes a few unexpected snowfalls before we surrender and accept that it’s officially winter.

Constantly being referred to as the place that’s always cold

When we travel to other places and mention that we’re from Regina, Saskatchewan, people will generally respond by asking one of two questions – Where the hell is that? Or It’s really cold there isn’t it?

Not everyone is great at geography and that’s okay. However, I’m going to call out the US on this one because for some reason they think Saskatchewan is an isolated glacier town in Antarctica. No, there are no polar bears in our back yard.

Forgetting how to drive when the first snowfall hits the ground

Everyone seems to be relatively good drivers until that first snowfall makes its appearance and then all road rage hell breaks loose. Ring Road turns into an accident-prone zone and you find yourself counting multiple cars in the ditch on the way to work.

Experiencing the coldest wind that has ever blown on this earth

It’s a well-known fact that Saskatchewan has winds so wicked that it causes you to lose your breath when you come into contact with them. The infamous wind tunnel on Scarth Street feels like you’re about to enter Elsa’s ice palace in Frozen.

We know what it’s like to have our eyelashes frozen

Even if we’re bundled up head-to-toe; the cold will still manage to freeze our eyeballs.

Saskatchewan winters turn our cars into ice cubes on wheels so the only way we can get from point a to point b is to let them defrost.

Asking your parents to buy you command start for Christmas

There’s probably more exciting things on your Christmas list but right now the only thing you care about is being able to warm your car without having to physically go outside.

Why is it that the city snowplows always seem to neglect residential streets? Thanks for clearing Victoria Avenue but I can’t leave my driveway.

We will literally do anything to avoid going outside in the cold especially if we have to scrape the ice off our car windows.

Having to keep a window scraper on us at all times

Again, window scraping is our arch nemesis but it’s practically impossible to drive anywhere if we don’t have a window scraper for those icy mornings driving down Albert Street trying to see out a frosted window.

Having to use the ditch by Chapters as a tobogganing hill because we don’t have real hills.

Unless you want to count Mount Pleasant, but it’s technically an old landfill site.

Spending all of our “going out” money on getting new winter tires instead.

So much for Saturday nights spent having beers at Vic’s. We have to be responsible adults now and trade in booze money for practical life essentials.

Having to keep an emergency snowstorm kit in our vehicles.

We’ve all been taught the importance of being prepared for the event that we become stranded in a Saskatchewan snowstorm. Serious question, is anyone actually prepared for that situation?

By the time it takes you to warm your car up, get dressed, and then drive to a gas station, the last thing you want to do is get out of your car and pump your own gas.

It doesn’t matter how much snow is on the ground or how cold The Weather Network says it is…. You’re getting your ass to work whether you like it or not.

O’han’s heated patio doesn’t even do justice when it’s so cold out that you could build an igloo while you’re waiting to get in.

You know, maybe Saskatchewan winters wouldn’t be so bad if it wasn’t for the wind.