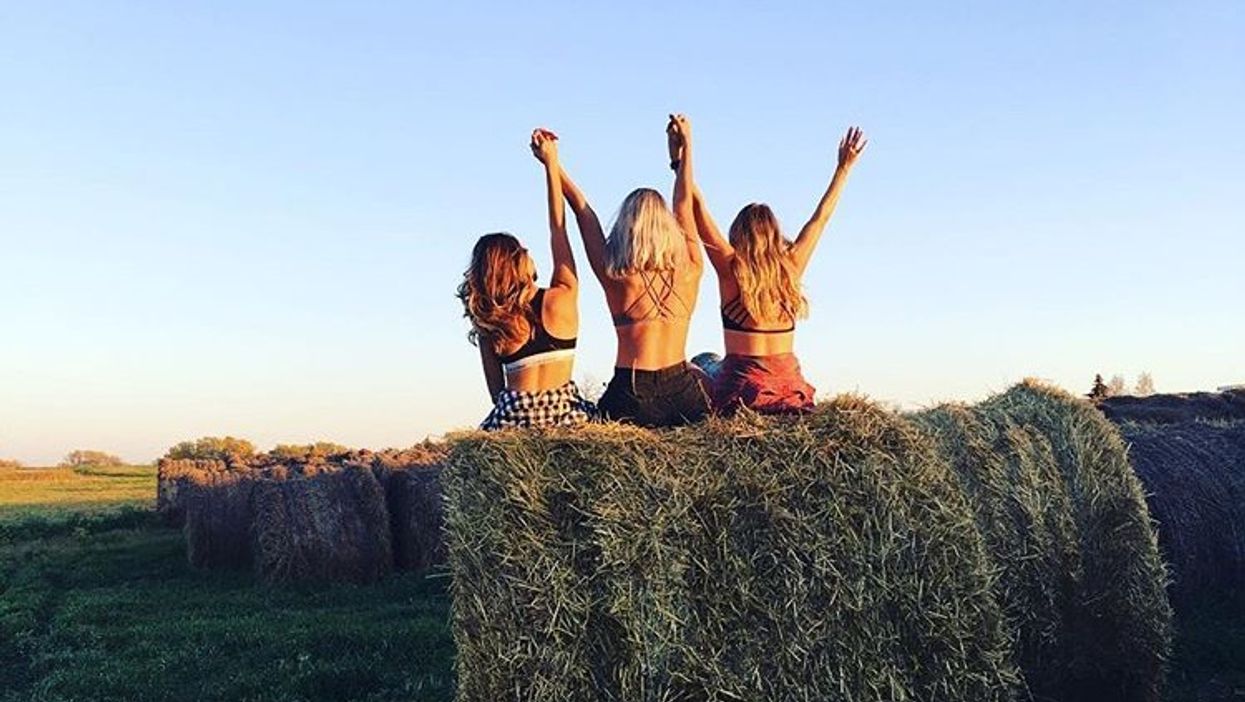 Ahhh, the good old small town days. It was a simpler time in the life where the worries were few and so were the options for things to do. In hindsight, we may have started drinking a little too early and partying a little too often, but it was the memories that came from those days that still brings a smile to our faces when we think about the dumb shit we did as kids.

The farm parties, the booze cruising, the country music, and hometown hockey games. It was small town life in a nutshell and man it was good. But the best part of all was the people who all made it worth while - the friendly faces, the helping hands, and the community that came together to take care of one another.

For those of you that have grown up in rural Saskatchewan, you know there's just nothing quite like it and that's what makes it's special. Here are a few things that will definitely make you laugh about growing up in a small Saskatchewan town:

There was no such thing as "flying under the radar"

Everybody knows everything about everybody

Booze cruising was your favorite weekend pass time as a teenager

It was also illegal so it made you feel that much more bad ass.

Alternatively, cruising was your other favorite weekday pass time as a teenager

Plans were never made, you just cruised around until you found people to make them with.

You're no stranger to farm parties

Things you need for a small town party: bushes, a fire, and a ridiculous amount of beer.

Or had a social life for that matter.

It was a two-steppin' hoot of a time.

Along with your choreographed dance to it.

This isn't just a guy thing.

And high school was just a long hallway.

Your graduation class was smaller than 30 people

Even if you didn't always get along with each other, you were still like family.

Just another reason for you to be on your best behavior.

Your graduation party was hosted in a Quonset

It's basically the equivalent of a giant tin can.

It was slim pickin's back in those days.

Who remembers the game of Snowball?

Driving on gravel roads was second nature to you

Backroading was all part of being a country kid.

And no one made fun of you for it.

If you lived in the country, you referred to your driveway as a laneway

Because it was usually at least a half a km long.

If you lived in town, everything you needed in life was in walking distance

Including your best friend's house just down the street.

Everybody waves at each other in small towns.

You'll always be proud of growing up in a small town

"Can only get better from here!"

A Humboldt Broncos hockey player paralyzed in the 2018 tragedy has taken his first steps since the fatal bus crash.

In a video posted to Twitter on August 24, Ryan Straschnitzki is seen holding onto a walker while someone helps to move his legs.

Believe it or not, it has to do with sexual health.


The province of Alberta was the butt of a joke on a popular U.S. late-night talk show earlier this week. Host Stephen Colbert poked fun at the province during an episode of The Late Show with Stephen Colbert, which was shared to the show's YouTube channel on August 19.

During his bit, Colbert roasted Alberta for its "horrifying" number of syphilis cases.