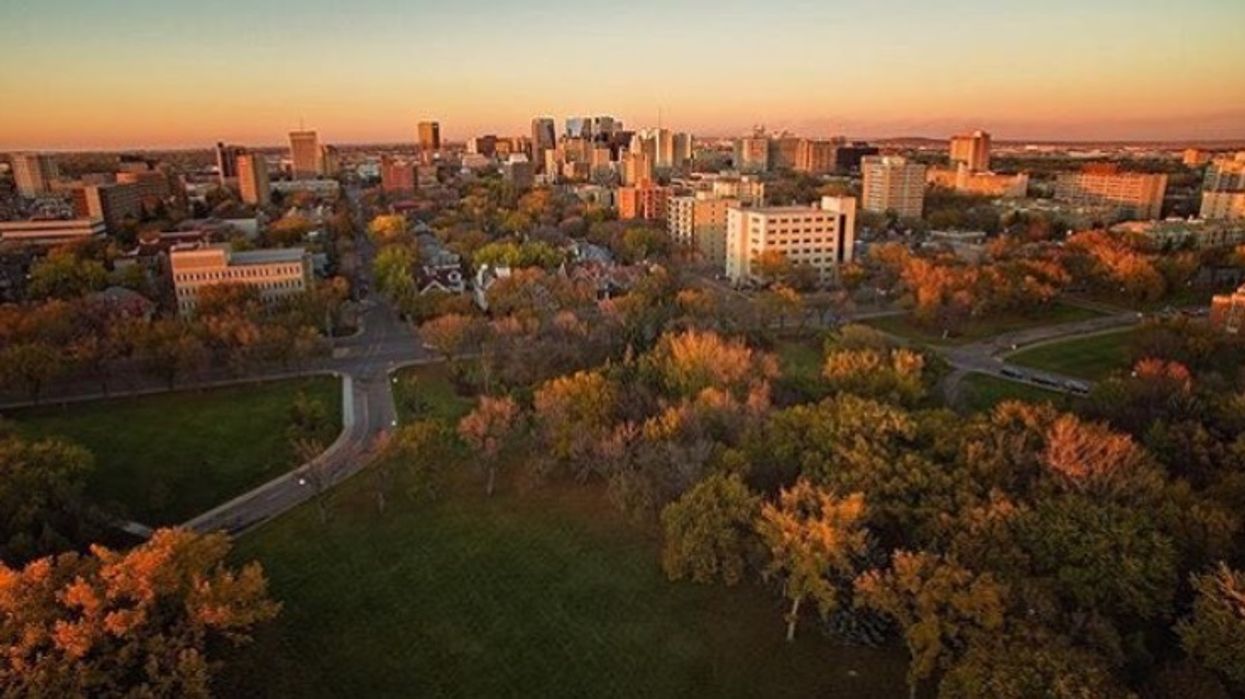 Welcome to the Land of the Living Skies. Have you taken a sunset photo yet? If not, it's just a matter of time before you start obsessing over them like the rest of us. If you haven't noticed, Regina is a special kind of city, mostly because it doesn't really feel like a city. We're just one big rider-loving, craven-going, beer-drinking family. Well, sort of.

If you haven't gotten a full tour of Regina just yet, here's a lengthy list of things you'll most likely learning about the city along the way.

You’ll realize that it’s more of a big small town than a city.

Every time you meet someone new, there’s a good chance they have at least 20 mutual friends.

You might end up dating your best friend’s, brother’s, ex-girlfriend (or vice versa).

I have a friend that can confirm this. It’s further proof of point No. 1.

You’ll always have awkward run-ins with your ex at social outings.

It’s only a matter of time before you both end up at Lot Club trying to avoid each other.

You’ll realize that most people don’t like to hang outside of their friend circles.

You’ll end up going to Craven even if you don’t like country music.

The campsite parties are where all the shenanigans happen anyways.

You’ll buy a pair of cowboy boots just for Craven.

And you’ll probably lose them there too.

You will learn that it always rains at Craven.

You will make a spontaneous decision to walk home to the South End from Lot Club.

In your drunken state, it only seems 15 minutes away but you’ll be sober by the time you get home because it actually takes an hour and a half.

You will experience a Thirsty Thursday at The Pump.

And then you will experience the dirtiest hangover of your life the next day.

You’ll eventually get bored of the bar scene and become a pub regular.

Vic’s, Leo’s and The Fat Badger: on repeat.

It’s something we’re infamous for doing in Saskatchewan.

You’re not going to like it either but it’s part of a true Saskatchewan initiation.

Speaking of Saskatchewan beer, you’ll discover that we love our local breweries.

Rebellion, Malty National and District are a few favorites.

There aren’t any other late night food spots to choose from anyways. Do your drunken self a favor and get the Moons Over My Hammy.

You’ll become a Rider fan even if you don’t like football.

The social enjoyment of it is just too hard to resist.

No one will ever let you forget the incident of the 13th man.

FYI, it cost the Rider’s the Grey Cup Championship in 2009.

You’ll feel like an outsider if you missed out on the Green Mile.

It was legen….wait for it… dary!

The weather will cause a lot of confusion in your life.

Sometimes it snows in May and sometimes it’s a beautiful summer day in November.

You’ll complain about the weather a lot because it makes you confused.

Ughhh, I just put my winter coat away. Why is it snowing again?

You’ll learn that it is absolutely necessarily to carry a window scraper in your car at all times.

Hence the sporadic weather conditions. You never know what to expect.

You’ll have to shovel your car out of a giant ass snow bank.

Our winters don’t fool around; the snow will show you whose boss.

It’s the single street that runs throughout the city and is infamous for potholes, traffic jams, and construction.

Unless there’s a train and you just happen to be running late for work.

You’ll learn that it only takes 15 minutes to get anywhere in the city.

That’s why it’s common not to take the city bus; it’s actually faster, driving places yourself.

Even though it only takes 15 minutes, everyone complains that it’s sooo far away.

You’ll understand why everyone uses the term “NOD Problems.”

I’m sorry if you’re currently living in the North End.

Every time you drive to the East end there will be a new building you haven’t seen before.

It’s a goddamn maze over there.

If you live in one of Regina’s surrounding towns, people will think you live hours away.

No, it’s actually just a five-minute drive to the city.

Most people who live in Regina don’t know anything about small towns in Saskatchewan.

Whitewood? What the hell is that?

If you’re going downtown, leave at least 20 minutes early because that’s how long it’s going to take you to find a spot.

You’ll find out that the city’s parking patrol will ticket you the MILLISECOND your time is up.

I swear to god they have secret hiding places.

You’ll be stressed at first but then realize that no one in the city pays their parking tickets.

It’s like Monopoly money; we love to collect it.

Your friends from back home won’t have a clue where on earth you moved.

The United States literally thinks we live in Igloos.

You’ll notice that people will continually ask you why you moved to Regina.

I mean it’s not a bad place to live, but we get made fun of alllll the time.

You’ll realize that we spend a lot of time making fun of our own city.

Just listen to “Experience Regina” on YouTube and you’ll understand.

You’ll realize that 95% of the concerts that come to the Brandt Centre are country.

Except for that one time a year Hedley decides to make an appearance.

You’ll learn that everyone travels to other cities to go to concerts.

It’s the only way we get to see Beyoncé.

You’ll learn that our crappy malls are mostly just used for exercise by senior citizens.

Does anyone even shop at Victoria Square anymore?

Everyone makes road trips to Saskatoon because the shopping is better.

They have Aritzia, no argument there.

You’ll find out that we only have one Cineplex theater.

It’s the only reason that people go to the North End.

There’s a reason why Saskatchewan is called the Land of the Living Skies.

You’ll find out that our Central Park is a lot sketchier and smaller than the real Central Park.

Even on the coldest and rainiest summer days, there are still lineups.

Most people spend the summer and long weekends out at the lake.

And they love to rub in how much fun they’re having via Instagram.

You’ll learn that Regina beach doesn’t have much for a beach.

But it’s worth driving out to for lunch at the Bluebird Café.

You’ll notice an increase in cowboy sightings during Farm Progress and Agribition.

They’re probably just a bunch of Stampeders from Calgary.

You’ll notice how quickly you can adjust to Saskatchewan life.

Juuuust maybe not our winters. Here I go again, talking about the weather.

A Tim Hortons donut was created that looks like a sweater vest and it's to honour one province's top doctor.

Dr. Saqib Shahab, Saskatchewan's chief medical officer of health, had his famous outfit turned into a sweet treat by one employee at a Tim Hortons in the province.

Police in Regina are asking for help from the public to locate two missing girls, who haven’t been since November 1.

In a notice shared on Tuesday, November 2, the Regina Police Service confirmed that Tineil Belanger and Maria Belanger haven't been seen since Sunday afternoon.

Police in Saskatchewan are appealing to the public for help. Two girls are missing in Regina and officials say there is concern for their wellbeing.

In a notice shared on September 27, Regina Police confirmed that Anika Groff and Gracie Crane were missing.