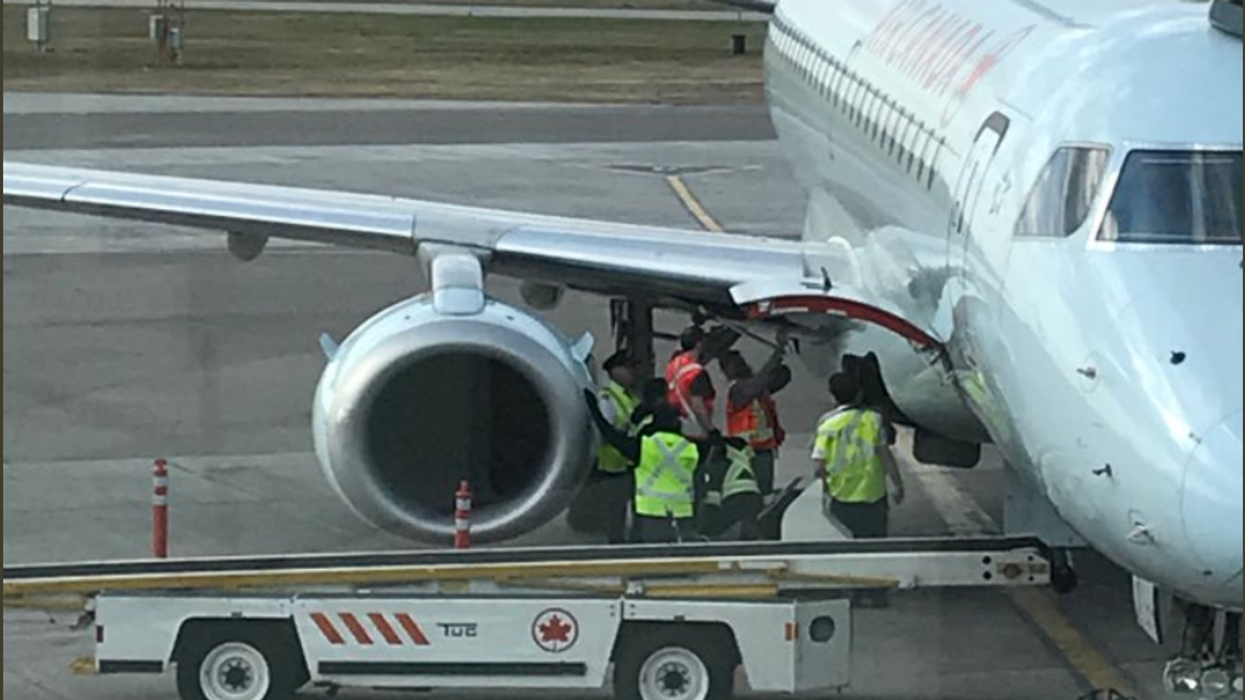 There are times that you can pretty much expect your plane to be delayed from taking off at the airport, bad weather for instance, or it being an incredibly busy time of year for travel like the winter holiday season.

You wouldn’t expect however it be due to a wild animal causing you to get stuck on the ground for hours.

But a raccoon managed to delayed one flight in Saskatchewan yesterday for hours, and one of the passengers posted photos on Twitter of the whole ordeal.

How did this raccoon managed to screw up everyone’s travel day you ask?

Well it climbed INSIDE THE PLANE! Specifically, into the planes air conditioning system.

The plane was supposed to take off at 2:50 in the afternoon but was delayed for hours and hours because they couldn’t get the animal to come out of the plane.

Eventually ground crew members had to remove panels from the side of the plane in order to reach the raccoon.

And once they did get it out the racoon took off and escaped capture.

Travelers who were delayed because of this were given $10 food vouchers and an offer of a discount on their next flight as compensation.

A raccoon has delayed my flight to Toronto. pic.twitter.com/AafLuKrRli

The plane was going to Toronto, which everyone knows has a massive raccoon issue, so maybe this one was just trying to go visit some relatives for free by stowing away in the plane.