The Top 10 Craziest Things That Happened In Regina In 2016

What a wild ride. 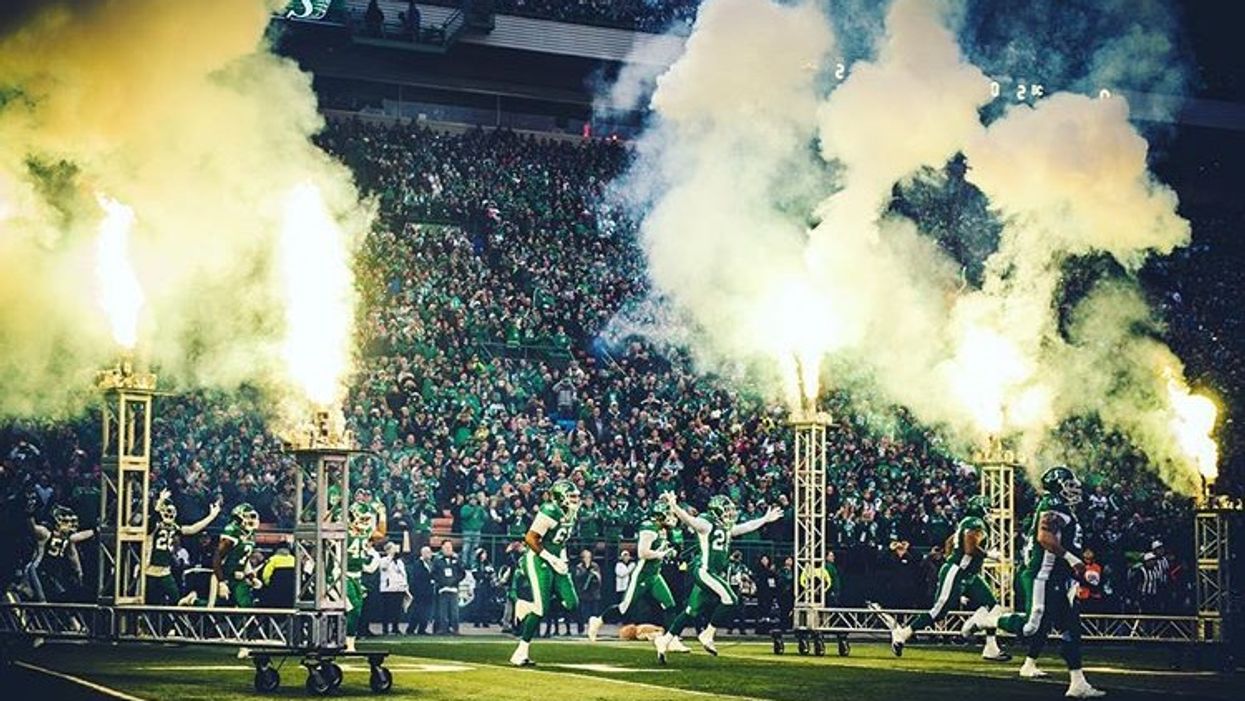 Reflecting back on the past year, Regina has seen some pretty crazy things. We've lit up the night sky with Rider pride, chased a moose around the city, tried to get a Deadpool statue created, and took a stuffed bunny rabbit on a Photoshop trip around the world.

If that's not crazy, then I don't know what is. In closing, it's been a year to remember for the Queen City and I can't wait to see what exciting (and crazy) things are in store for 2017.

Here's a look back at some of 2016's unforgettable moments:

The bittersweet goodbye celebration that brought Rider Nation together one last time at Mosaic Stadium will be a special moment in history for the city of Regina. It's upward and onward from here, the Riders will play in the brand new stadium aka Mosaic 2.0 for the 2017 season.

The unveiling of the Legislature's copper dome

After what seemed like years of anticipation, the Legislature's dome officially came out of hiding to showcase it's brand new shiny copper top. The unveiling itself was pretty anticlimactic but at least it looks pretty.

We're still not exactly sure what Mr. Moose's motives were, but the city managed to peacefully escort him back to the wild. #Canadianproblems.

Pokemon Go lovers took over the city for Lure-a-Palooza

The worldwide sensation of Pokemon Go made an appearance in the Queen City bringing over 1,000 people together to participate in the game. It wouldn't be 2016 if you didn't catch em' all.

The shooting incident at The Pump

Regina has a bit of a bad rep when it comes to serious crime and unfortunately this event was one that won't be forgotten. Thankfully, the incident didn't result in any fatalities.

Chris Soules made an appearance at The Farm Progress Show

Whether you're a fan of The Bachelor or not, this was a big deal for Regina. Iowa's sexiest farmer turned reality Tv star made an appearance at the Farm Progress Show and every single woman in the city was out on the prowl to track him down in hopes of getting a photo op.

Regina Marvel fans got an unexpected surprise when the Deadpool character declared he was from the Queen City and one superfan decided to start a petition to build a statue in his honor. The petition received more than 1,500 signatures.

Regina's very own Tatiana Maslany won her first Emmy for her leading role in the drama series, Orphan Black, and everyone was ecstatic about it.

A group of individuals carried out peaceful protests outside of Regina's Indigenous And Northern Affairs (INAC) office in efforts to make a statement about important issues within the Aboriginal community. #OccupyINAC became a voice for change across many cities within Canada.

A little girl lost her bunny during I Love Regina day and the Reddit community took to photoshop to give her a heart-warming surprise. The bunny took a quick trip around the world to places like Paris and Disney world. In the end, the little girl was reunited with her missing bunny and all was well in the world again.