You Can Visit The World's Biggest T. Rex At This Canadian Museum This Spring

The world's biggest T. Rex dinosaur is located in Canada and you can actually see it in person! 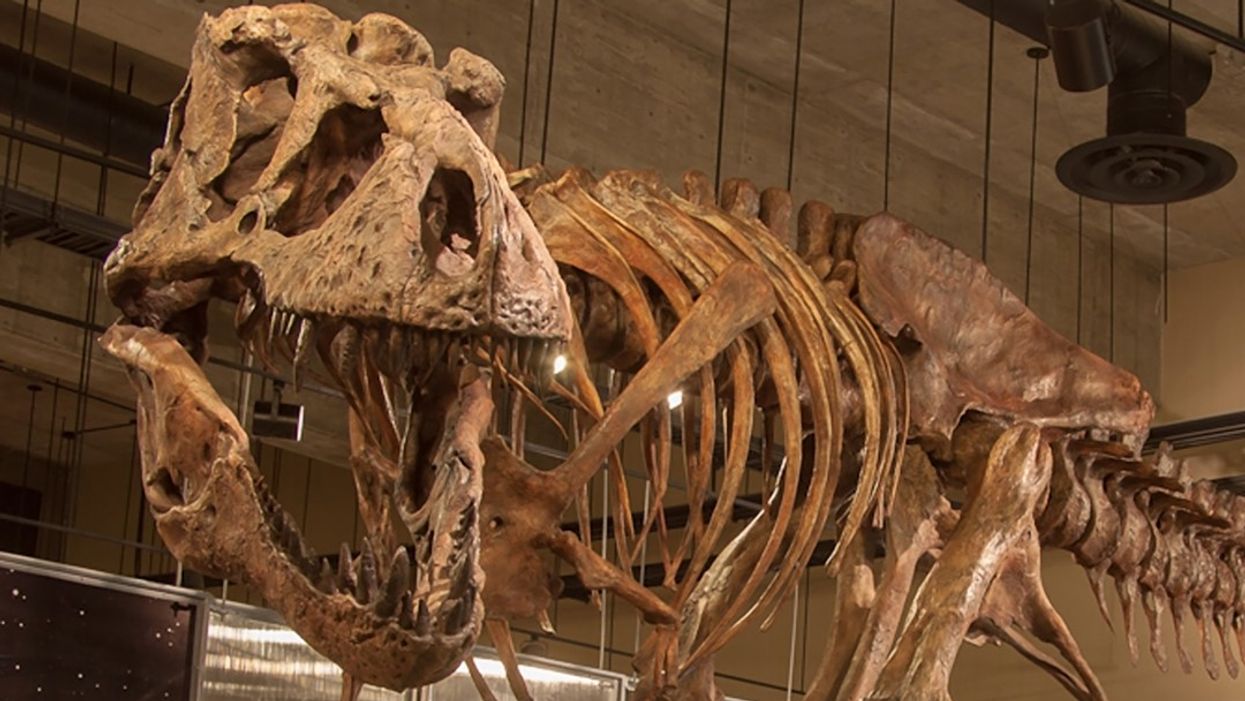 Over the weekend, it was discovered that the world's biggest T. Rex was found in Canada and you can actually visit him in person at a local museum this spring. While news broke over the weekend about this gigantic new discovery, Canadians have been beyond excited to learn that the prehistoric dinosaur was found in our home and native land.

Not only is it amazing to think that the largest and oldest T. Rex in the entire world was literally found in Canada, but he's on display for Canadians to see! Imagine actually seeing the world's biggest T. Rex from head to tail in person. Well, you can definitely make a visit to The Royal Saskatchewan Museum's T.rex Discovery Centre in Eastend, Saskatchewan if you'd like to see him in real life!

All the way back in 1994, a team of palaeontologists in Saskatchewan began excavating the world's largest known T. Rex. Since then, thousands of people have visited the excavation site to see the 65 million-year-old dinosaur.

On Friday, it was revealed that the T. Rex was formally "found" and named Scotty.  He was aptly named after the palaeontologists open a bottle of scotch in his honour.

Well, if you want to, you can actually visit Scotty, the T. Rex if you travel to the T. Rex Discovery Centre in Eastend, Saskatchewan. Although they are closed now, they'll be reopening this spring. On May 18, 2019, the Discovery Centre will reopen. Admission is by donation, so feel free to donate some cash in order to see the world's oldest and biggest T. Rex ever found on Earth! They're located at #1 T-rex Drive, PO Box 460, Eastend, Saskatchewan.

You can find Scotty in the Cretaceous exhibit. Don't worry, he should be easy to spot considering his large size, so you definitely won't miss him.

Once the Discovery Centre reopens, they'll be open daily from 9:30 AM to 5 PM. They usually close for the season in September, so make sure to take a peek before the season is over!

For more information, you can visit their official website.