"Aubrih" is not meant to be. 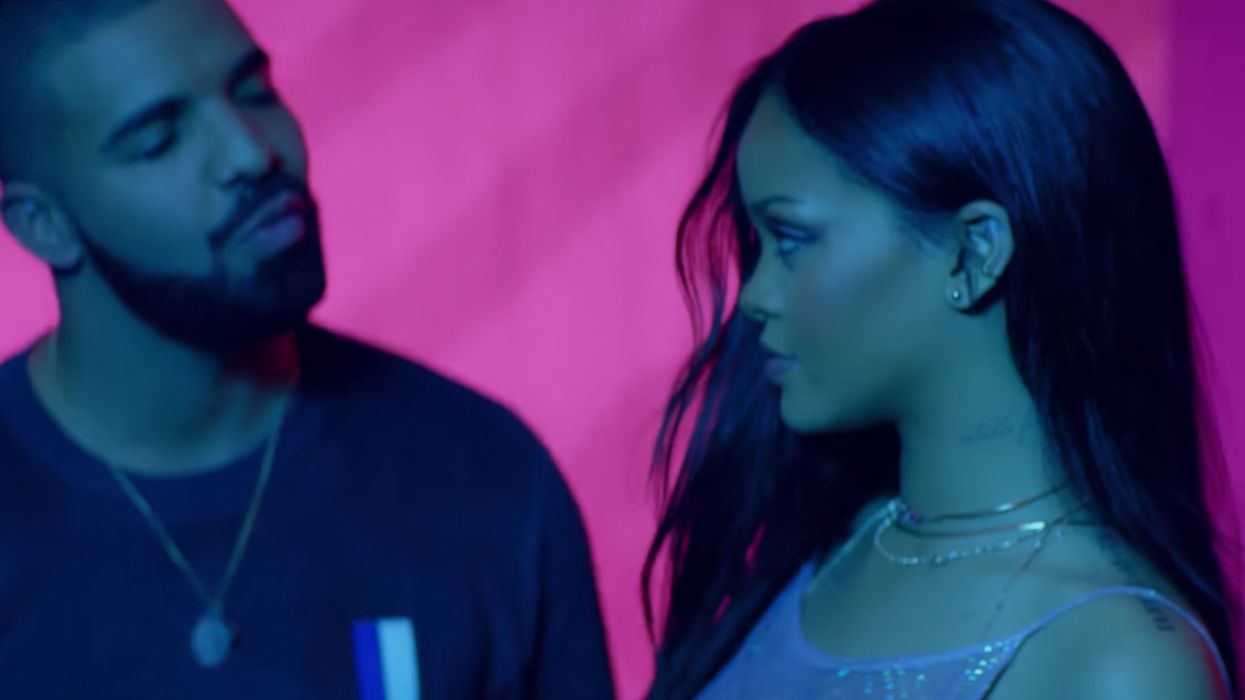 To all you Rihanna and Drake shippers out there, we've got some bad news for you. Rihanna just confirmed that that ship has sailed. For good. Rihanna said that she wouldn't even consider him a friend, so it seems like there's definitely some animosity between them.

When asked about Drake in her recent interview with Vogue, Rihanna coldly responded with, "We don't have a friendship now, but we're not enemies either. It is what it is." She talked about how "uncomfortable" she was when Drake publicly confessed his love for her at the 2016 VMAs. He said he'd been in love with her since he was 22, and even tried to kiss her on stage. Rihanna completely swerved him when he went in for the kiss, and she looked like she was caught completely off guard. But, there was definitely something between them for a while. They've collaborated on a few songs together, most notably their song "Work" in 2016, accompanied by a hot and steamy music video of the two of them grinding.

Fun fact, that video was shot in Toronto's East end, at a Jamaican restaurant in the Dundas St. East and Carlaw Avenue area.

But, whether it was a secret relationship or a casual fling, Drake and Rihanna never went public about their romance. In the Vogue interview, Rihanna talked about spending quality time with her latest love Hassan Jameel, a Saudi businessman. Without mentioning his name, Rihanna said, "I used to feel guilty about taking personal time, but I also think I never met someone who was worth it before." We're happy for you Rihanna, but we'll always believe that you and Drake were meant to be.