This all went down on the Graham Norton show. 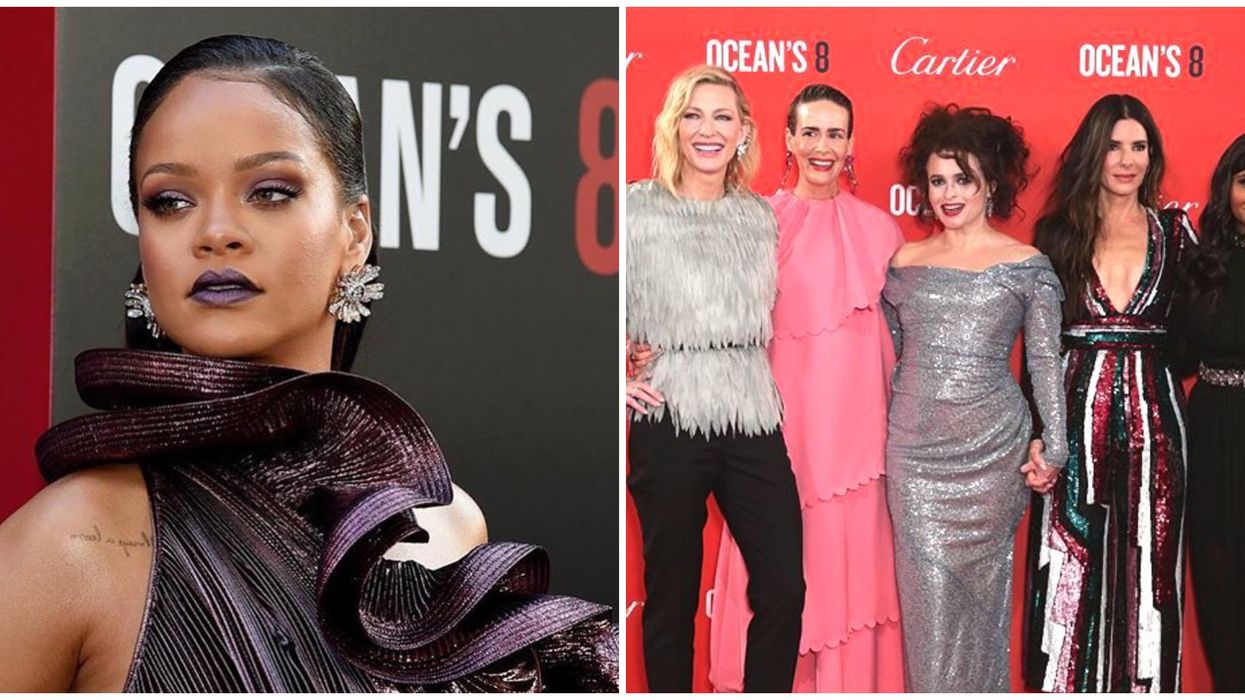 Rihanna is one of the leading ladies in the brand new film Ocean's 8. Previously, Ocean's 11 and Ocean's 12 were stacked with leading men and now Hollywood has decided to do it over with a cast of seriously awesome women.

The film stars Rihanna, Sandra Bullock, Cate Blanchett, Mindy Kaling, Helena Bonham Carter and more! The movie just premiered on June 8th and since then it has been dominating in the box office. The Ocean's 8 cast has been on a press tour of all the late night talk shows to promote their hit film. Just yesterday, they were interviewed on the Graham Norton show when something seriously funny happened.

Rihanna threw some shade at her costar, Helena Bonham Carter. It was all lighthearted but it was so funny that we needed to tell you about it. During the interview, Norton asked the cast if they had all been to the Met Gala before. All of the cast members replied, "Yes" with the exception of Carter. She distinctively said, "No" The other ladies looked shocked and Helena stated it again, "No, I've not."

Rihanna took this opportunity to throw some shade at Helena by saying, "It's cause you wear dresses like that" while gesturing towards Helena's outfit. Ouch! It's clear that Helena Bonham Carter definitely has her own style. She's famous for her creepy roles in Tim Burton's films like Sweeney Todd and Alice In Wonderland. She's also married to Tim Burton, so there's that, too.

After Rihanna made the shady comment, the entire cast erupted into laughter. Helena even laughed it off too! She definitely knows how to take a joke.

Helena responded, "That's entirely right. I'm going to cry now." It's official, this is the best cast that we've ever seen. We love that these ladies can joke and laugh when they're together.