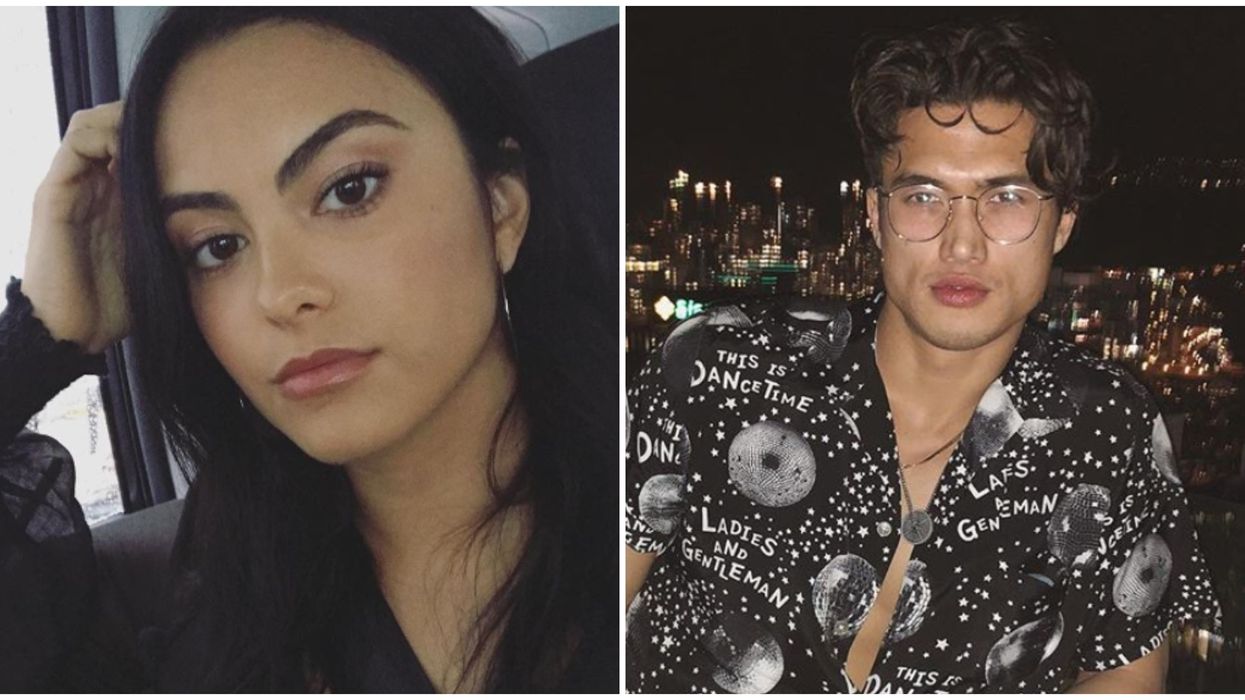 There's been a lot of speculation surrounding Riverdale co-stars, Cami Mendes and Charles Melton and their secret relationship. Much like Cole Sprouse and Lili Reinhart, Melton and Mendes' supposed relationship has been super secret until now.

Until moments ago, their relationship was only ever rumoured. For a while, they've been spotted together and fans suspected that the two Riverdale stars might be more than just co-workers, but they never confirmed that they were dating.

Just 30 minutes ago, Cami Mendes made their relationship Instagram official when she posted this.

The photo is of her and Melton hugging with the caption, "mine".  The picture is pretty cute, you can see Melton kissing Mendes' face. The comments are flooded with happy fans and even their Riverdale co-stars responded down below.

Reinhart posted a flower emoji and KJ Apa commented, "Are you guys dating?" as an obvious joke considering he's probably known all along that the two actors were together.

A few weeks ago, we broke the story that Mendes and Melton may have been dating. They were spotted all over Vancouver together, where they film Riverdale. Earlier this year, Melton was involved in a scandal where he was exposed for posting fat-shaming tweets many years ago. Mendes was one of his castmates to publically support him during this time which led to rumours that they might be dating.

In an interview, she stated that "Charles called me personally to apologize." She went on to say, "I know he's not actually a bad person and I think it's a matter of, sometimes you tweet things forever ago and they're buried in there and they come out and it sucks. I don't agree with anything he said or support those statements, but I know that that's not who he is."