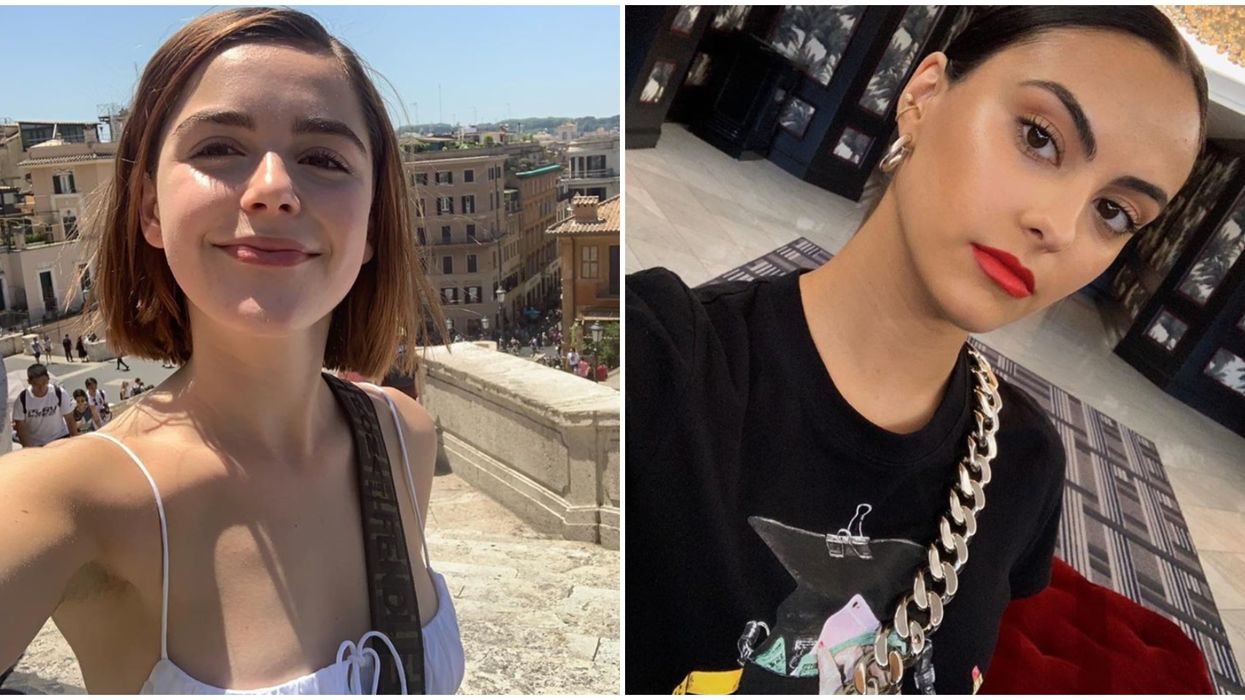 For me personally, it's always interesting to see which celebrities run in the same social circles. Obviously, people that star in the same show, or are in the same band spend a LOT of time together, but your favourite celebs are always mingling at huge parties and events, which leads to some interesting friendships. Chilling Adventures Of Sabrina and Riverdale cast were spotted being total tourists in Vancouver.

The sun doesn't shine bright too often in Van City, but when it does, you better believe that people take advantage of it. This past weekend was a particularly beautiful one, so of course, plenty of locals spent their time exploring the city and out on the water, and a few of your favourite celebs did as well!

Over the weekend, Rachel Matthews, whom you may recognize from Happy Death Day posted an Instagram story of her relaxing on a boat with some of her friends, including Riverdale stars Camila Mendes and Vanessa Morgan, and Chilling Adventures of Sabrina star, Kiernan Shipka.

The photo was taken at the False Creek Seawall, as the stars were headed towards the Burrard St. Bridge. From what we can see, it looked like a seriously perfect day to be out on the water and soaking up the sun in Vancouver!

As most locals know, Riverdale actually films in Vancouver, so it's not uncommon to see the stars roaming around the city on their days off, and since Chilling Adventures of Sabrina is also filmed in the city, it was only a matter of time before the two  casts joined forces for a day of adventure!

Other friends who joined in on the day's water outing include Nichola Basara, who is the studio manager and head trainer of F45 in Vancouver. As awesome as it is to see the celebrities hanging out together, it's also cool to know that they've befriended some locals here too!

Stay tuned to Narcity Gossip for any and all updates on the Riverdale cast and your other favourite celebrities' trips to Canada.