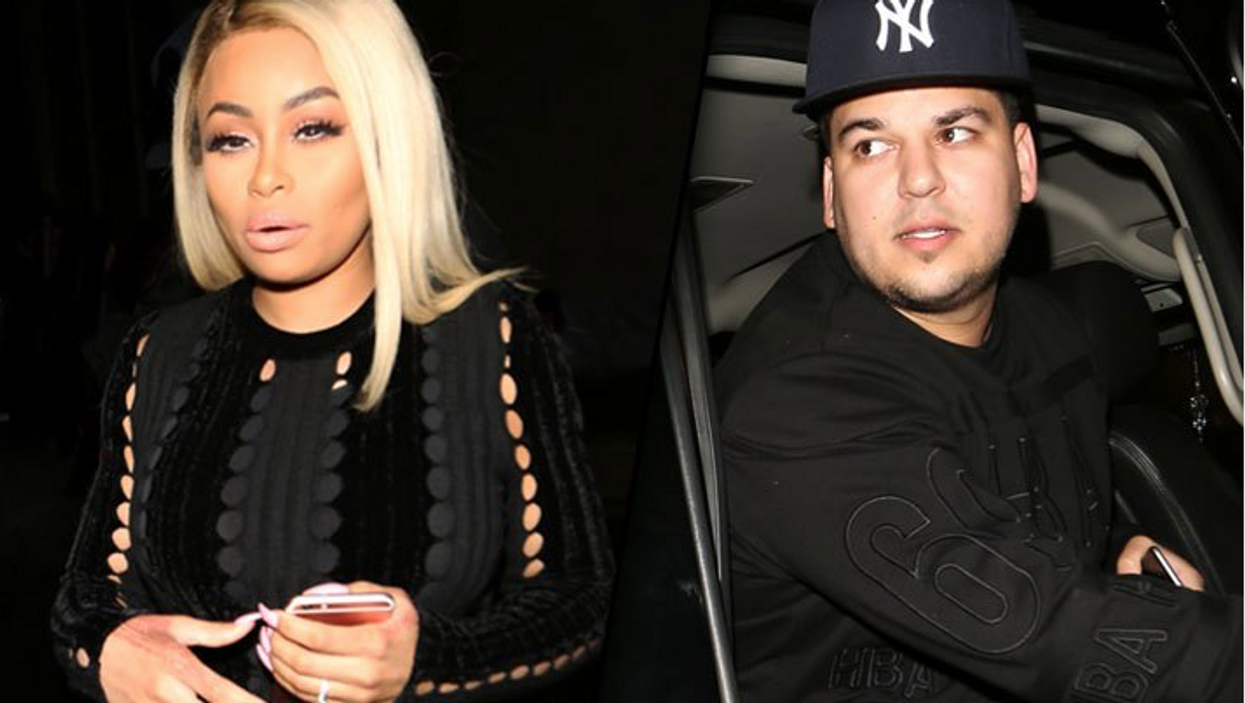 Rob Kardashian set Instagram on fire yesterday with scalding hot TEA on Blac Chyna. Aggravated after Chyna sent him a video of her kissing another man in their bed, Rob let the world know all of Chyna's dirty little secrets - from her drug dependancy and alcohol abuse, to neglect of her child and promiscuity.

While Chyna was allegedly trying to upkeep a relationship with Kardashian - the father of her child, Dream - Rob insists it was only for media attention and to get back at her other baby daddy, Tyga, after he got together with the youngest Kardashian-Jenner, Kylie.

Rob printed and published many receipts for us to sift through, which you can read about here. But alas, Bob went too far and published a distasteful cooch-shot of his baby mama, causing Instagram to pull the plug on his online Lemonade Tour.

However, Bob isn't one to keep quiet when he has something to say. The sock designer/ reality star took to Twitter to make sure everyone knew the #truth:

Just sad. Loved Chyna as my wife and accepted all the wrong she did and continued to ride for her and remain Loyal to her. Never did I cheat

We had a beautiful baby girl that was the best thing that's happened to me and soon as that baby was born Chyna was out.

Soon as kylie and tyga broke up Chyna was over the game. She had a baby out of spite and I'll never view her the same.

Chyna then responded with some unsavoury snaps - that have since been deleted - claiming that Kardashian laid hands on her.

Now, do we believe that Rob actually laid a finger on Chy? Especially when she seems like the type of girl that would probably break his fingers before he even got close to her?? WHO KNOWS what the truth is.

What we do know is Chyna is feeling no ways about Rob's rant - seeing as she posting a particularly thotty Instagram live in their family bed - yes in those Versace sheets - with Cardi B's "Bodak Yellow" purposely playing. The lyrics might has well have been coming straight out of Chyna's mouth:

I need to let all these hoes know, that none of their n***** is safe
I go to dinner and steak, only the real can relate
I used to live in the P's, now it's a crib with a gate

What will come next out of this feud!? We hope Rob and Chy can keep it together for the sake of their public careers and of course, their adorable baby. Make sure to check in to Narcity to see who gets the last word/spills the last drop of tea.