If you have this brand of chicken meat, check the label. 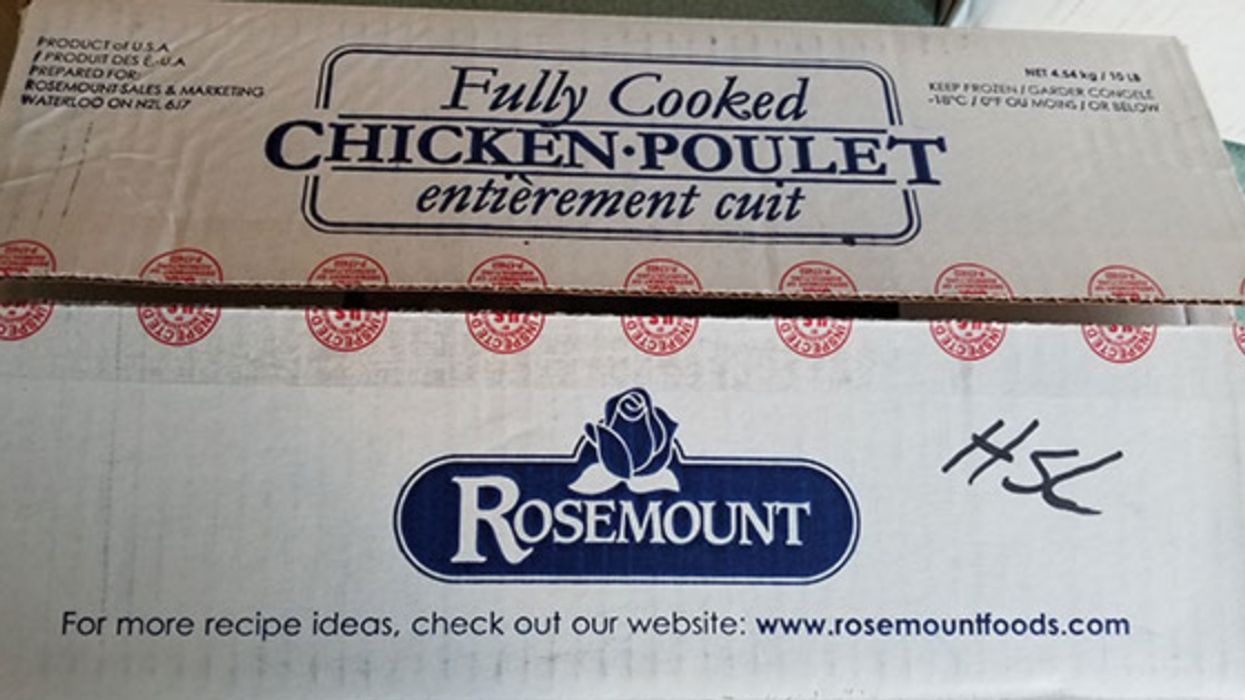 The Canadian Food Inspection Agency (CFIA) has issued a food recall for chicken containing Listeria in Canada. The recall affects a specific brand of Rosemount cooked diced chicken meat and the recall has been targeted for hotels and restaurants in several provinces across Canada.

According to the Canadian Food Inspection Agency website, chicken has been recalled all over Canada following a Listeria outbreak. As of Aug. 18, 2019, the recall has spread to seven provinces with confirmed cases in Alberta, B.C., Manitoba, Nova Scotia, Ontario, Quebec, and Saskatchewan. The Canadian Food Inspection Agency has said that it's possible that the outbreak is nationwide.

According to the agency's website, the recall was triggered by findings from the Canadian Food Inspection Agency during its investigation into a foodborne illness outbreak. As of now, the agency is conducting a food safety investigation which may lead to the recall of other products.

The CFIA is also verifying that the industry is removing the recalled product from the marketplace.

The recall states that the extent of the distribution rests with hotels and restaurants. This Class 2 outbreak is recalling Rosemount brand cooked diced chicken meat. Because of this, places like hotels, restaurants, cafeterias, hospitals, and nursing homes who may have purchased the product should not sell or use the recalled chicken.

As of Aug. 18, 2019, seven confirmed cases of Listeria illnesses were reported in three provinces. This includes one case in B.C., one in Manitoba, and five in Ontario.

Individuals in these cases became sick between November 2017 and June 2019. Six of the seven individuals were hospitalized and are between the ages of 51 and 97.

Listeria will only show symptoms in some cases. Symptoms can start as fast as three days after eating and will including fever, nausea cramps, vomiting, diarrhea, headache, constipation, and muscle aches.

In severe cases, the bacteria will spread to the nervous system and cause include stiff neck, confusion, loss of balance, and headaches. These symptoms would typically appear two to three weeks after exposure.

Any food contaminated with Listeria may look, smell, and taste normal! Listeria is an intense bacteria as it can survive and actually grow on foods that are stored in the refrigerator.