It's a diamond-encrusted diamond coin! 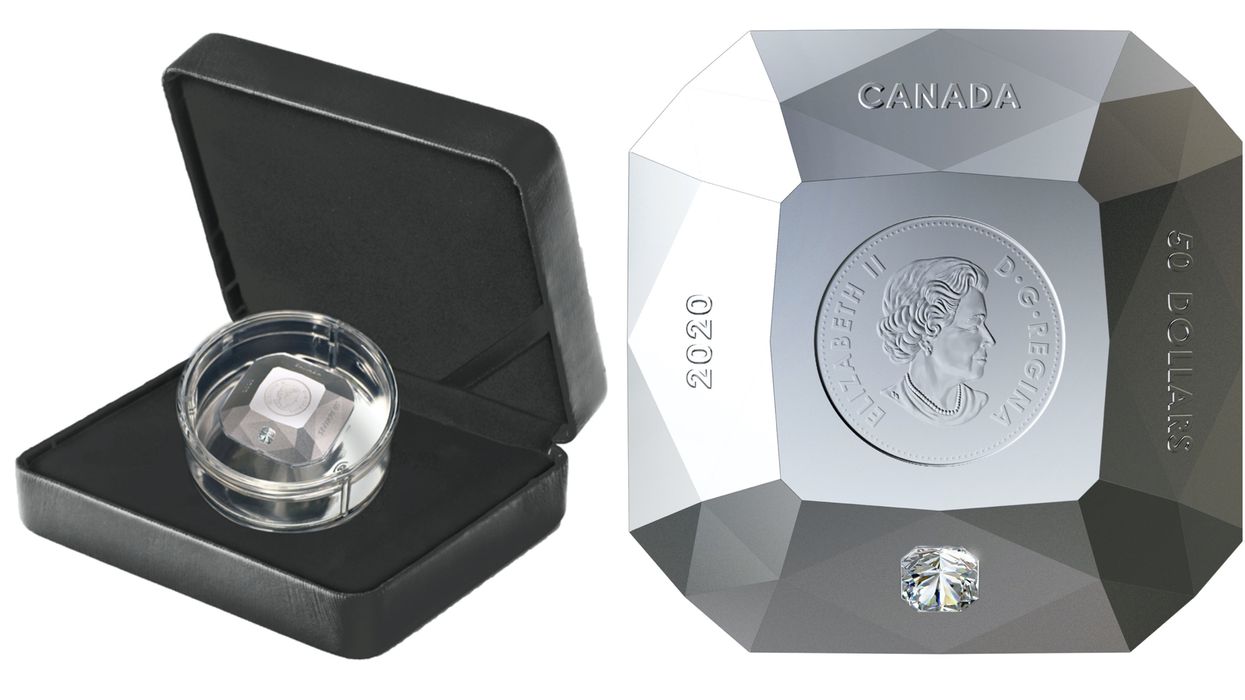 Calling all fancy coin collectors! If you’ve been looking for an extraordinary piece to add to your collection, look no further. The Royal Canadian Mint’s new diamond coin has just landed, and it’s three-dimensional and jewel-encrusted.

According to a new press release from The Royal Canadian Mint, this piece was created to prove that there can definitely be “more than two sides to a coin.”

The 2020 creation is made from three ounces of 99.99% pure silver, and has as many sides as a real gem. If it wasn’t already extra-AF, it’s also encrusted with a real 0.20-carat diamond, sourced from a local northern Ontario mine.

The news release explains that the Mint’s creation team had to “overcome many challenges” to make the unique shape possible, and it is therefore described as "an engineering feat.”

The unusual collectible is available from Tuesday March 3, so you can get your hands on it right now if you want to!

According to the company's website, there were only 700 of these coins created, therefore it's a rare item to have in your collection. This, combined with the bougie-AF design, means that it's going to come with a pretty hefty price tag.

If you’re a budget-conscious coin collector, this one probably won’t be for you. The Mint’s website is currently pricing this silver diamond at $1,499.95 Yikes!

However, it’s not the most expensive coinage that has been released recently. Only last week, a new solid gold coin was launched, and it cost more than a luxury sports car.

Retailing for an eye-watering $83,900, this kilogram of pure gold is only for the most dedicated of completists.

While the new diamond product is certainly elaborate, The Royal Canadian Mint does have a number of coins that are more accessible and affordable for a novice collector.

Their haunted coin features a ghost that appears out of nowhere, while their Christmas edition has an adorable gingerbread design.

One of the coolest creations from the company was their Transformer coin, which actually moved as you held it!

Why You Need It: You probably don't, but it's an awesome collector's item if you're into coins and have a bit of spare cash!