Canada Has Just Released Transformer Coins And They Actually Transform 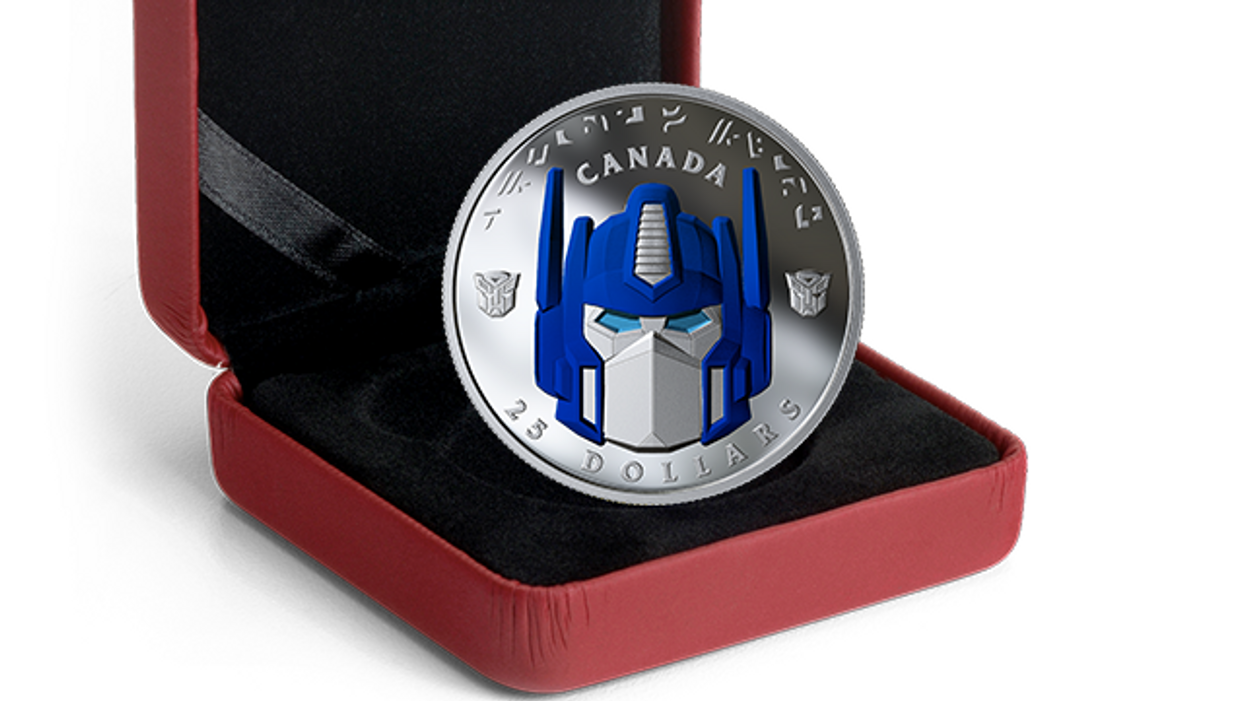 The Royal Canadian Mint is back at it again, with yet another awesome coin collection that you need to get your hands on. Bringing back your Saturday cartoon days from your childhood, Canadian Mint just released Transformer coins, and they actually transform. Already available on their website, these coins feature the famous Optimus Prime, who you can actually watch spring into action.

Earlier this month, the Royal Canadian Mint announced that two new coins were now available for purchase as part of their Transformer collection. While the Transformer universe is filled with tons of amazing characters, this coin collection features the stong Autobots leader, Optimus Prime.

While two coins have been released, one is much rarer than the other. You can snag the first coin, which has 25,000 available copies, both online and in some stores. Called the "3D Lenticular Coin", you can actually watch Optimus Prime transform from car to robot on the front of the coin.

All you have to do is tilt the coin from side to side to see the two different coloured images on the coin. Available for CA$34.95, the Royal Canadian Mint recognizes this coin as a great piece to a starter collection.

So if coins really haven't been your niche, but you fell in love with this design as I did, no worries, it's the perfect starting point!

The second coin that the Royal Candian Mint has released in their Transformer collection is much rarer than the first. Since they're only releasing 3,500 copies, you might want to get your hands on this one quickly.

The "Pure Silver Coin" features just Optimus Prime's face, his stark blue helmet and eyes standing out compared to the silver of the coin. The character's name is also engraved on the coin in Cybertronian lettering.

However, that's not the coolest part. There's "more than meets the eye" with this coin, as it actually has glow-in-the-dark eyes that will be staring back at you throughout the night.

However, there are more behind the coins than just Canada's love for the series.

According to the Royal Canadian Mint, after the series was first introduced to Canda in 1984, Peter Cullen, a Canadain actor, actually voiced Optimus Prime in the original television series.

To view the full collection, you can visit the Royal Canadian Mint website here.