He's always been a cutie! 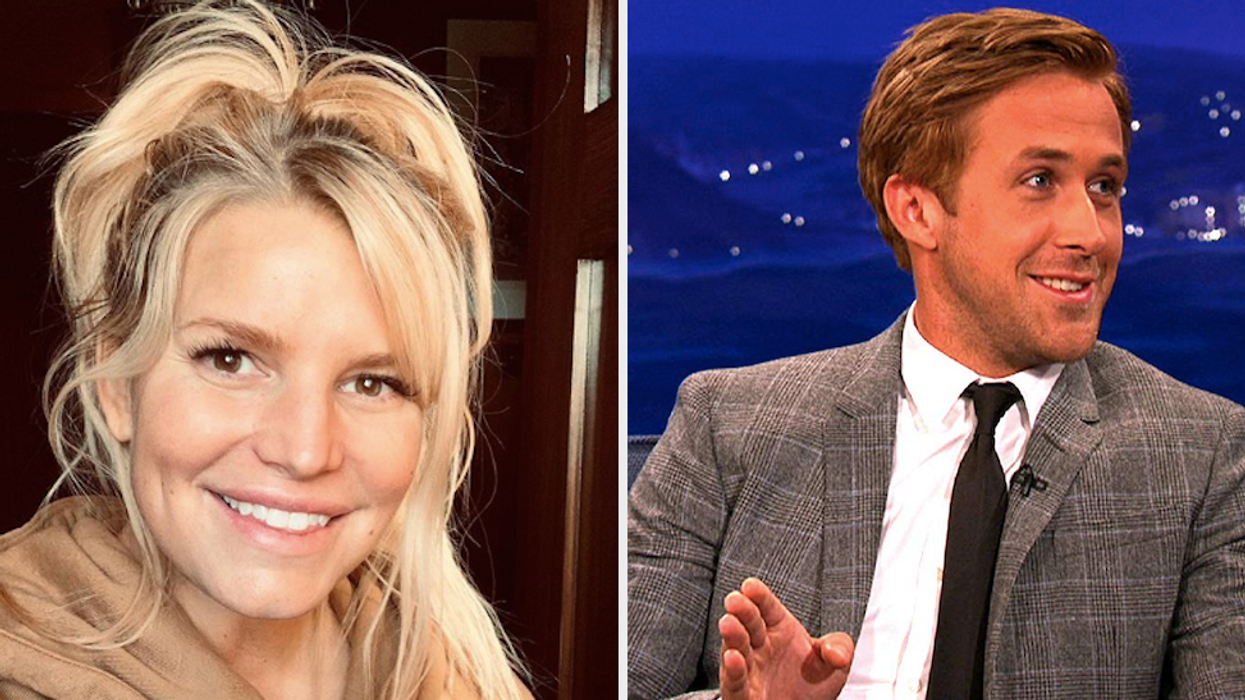 Hollywood is filled with Canadian celebrities, many of whom are hunky and hilarious actors. Though we know them for their work as adults, quite a few started out doing small projects as child stars. Ryan Gosling and Jessica Simpson knew each other as teenagers and she actually had a crush on him.

The two got into the topic of Gosling as well as her friendship with Justin Timberlake. Simpson shared that when she was a young teen, she got rejected from The Mickey Mouse Club where both Gosling and Timberlake got their start.

When asked by Kimmel if she's ever had a crush on Gosling, she said, "Ryan was the one that when I was 12, I was like this guy is so cool and he's from Canada, I don't know where that is on the map but I really think that's amazing and there was something so cute about him."

That was preceded by a story Simpson told about kissing Timberlake years ago when they were both freshly single.

She told Kimmel, "He was over at my house and we shared a nostalgic kiss. And he took his phone out and started typing and I was like 'I hope that's not another girl, did I stick my tongue out too much?' But apparently him and Ryan Gosling had a bet on who would kiss me first when they were 12-years-old, and so he texted Ryan and said he won the bet. And I was like 'oh, ok! So we don't kiss again.'"

Simpson also shared that neither actor knows that the stories are in her new book.

Both Gosling and Timberlake were on The Mickey Mouse Club from 1993 to 1994 opposite other stars including Christina Aguilera and Britney Spears.

Now, Gosling lives a very private life with his partner Eva Mendes and their two daughters. Just yesterday he was spotted by Daily Mail who wrote that he reportedly stepped out in LA for a takeaway from an Italian deli.