The Canadian born men have tons in common! 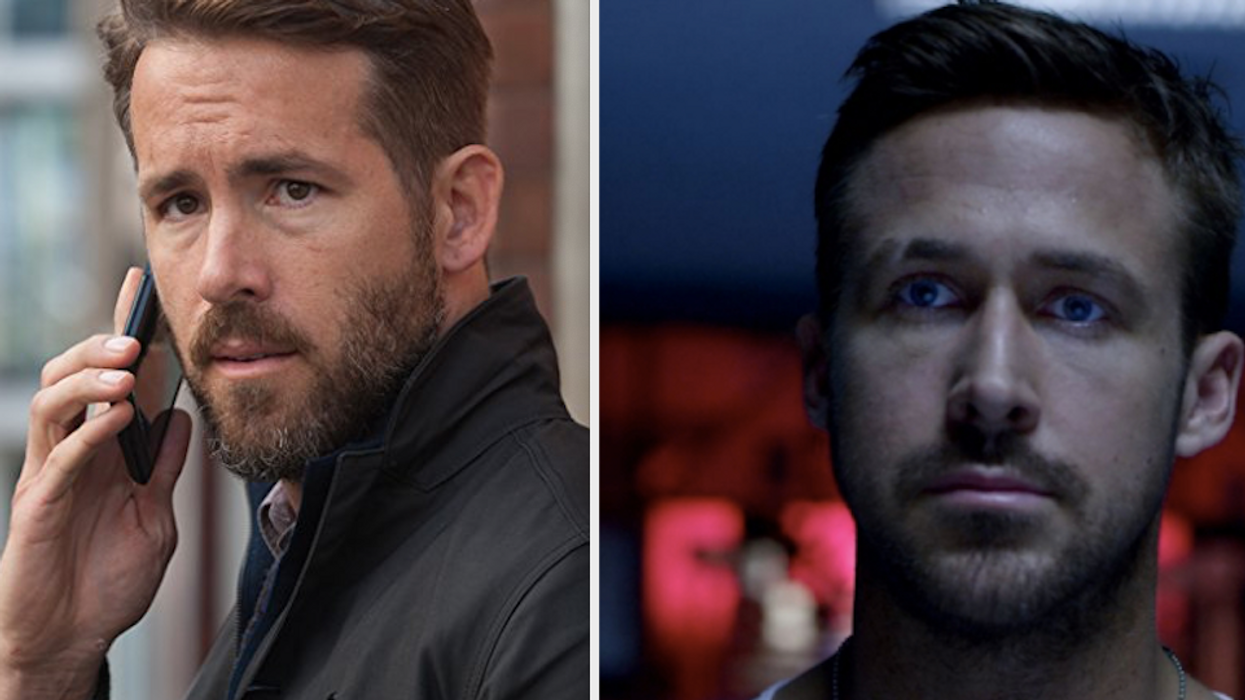 You can thank the great country of Canada for producing two of Hollywood's most charming men. They've been taking over TV screens for years, and have both had success in their personal and professional lives. But the one thing they haven't done is star in a movie together. Despite the fact that they share the same name, Ryan Gosling & Ryan Reynolds are not the same person but have very similar lives.

For years, the internet has jokingly debated the question of whether Gosling and Reynolds are secretly the same person. When you take one look at them, their physical similarities are obvious: both are hunky brunettes who can pull off both a beard and a clean-shaven face.

Their acting careers are pretty similar as they both star in a lot of iconic action films. Here are all the similarities in the personal lives of Ryan Gosling and Ryan Reynolds.

They Both Were Born And Raised In Canada

Gosling was born in London, Ontario in 1980 to his two French-Canadian parents. Reynolds was born four years earlier in 1976 and hails from the other side of the country in Vancouver, B.C.

They Both Started Off In Canadian TV Shows

Gosling's first TV role was on The Mickey Mouse Club in the early 90s. But he went on to appear in Canadian shows including Are You Afraid of the Dark? and The Adventures of Shirley Holmes among more. Reynolds' first TV appearance was in 1991 when he played Billy Simpson in the Canadian series, Fifteen. He was also in The Odyssey and The Outer Limits.

They Both Married Hollywood Actresses

In 2011, Gosling married American actress, Eva Mendes, who he met while co-starring in The Place Beyond the Pines. And in 2012, Reynolds married Gossip Girls' Blake Lively who he co-starred with in Green Lantern. Reynolds is notorious for posting unflattering photos of his wife on her birthday, including this slideshow he shared a few months ago.

They Both Have Only Daughters

Okay, this similarity might actually blow your mind. Gosling is the father of two daughters that are two years apart. Reynolds has three daughters, one who was born this year, and two older girls who are also two years apart. Both of their first daughters were born in 2014 and their second daughters were born in 2016. The only thing that would top off this crazy similarity is if Gosling has a third daughter sometime soon.

They Both Keep Their Children Out Of The Media's Spotlight

Very little is known about either Canadians' daughters as they choose to keep their family lives pretty private. All that's known about Gosling and Mendes' daughters are their age and names. According to Hello!, Mendes told Latina Magazine that her daughters' names are Esmeralda Amada and Amada Lee, both named after her grandmother. According to PEOPLE, Reynolds and Lively's daughters' names are James and Inez, and the newest baby's name hasn't been revealed yet. They have brought their two older daughters to red carpet events so we know what they look like. Reynolds' tweet announcing his third daughter's arrival featured her face covered, likely to protect her privacy.

Gosling only has a Twitter account which he doesn't post on often. Mendes posts very few photos of her husband or family and this throwback video of them from the movie they starred in together is deep in her Instagram.

The media's confusion of the two Canadians is further accentuated through sarcastic mishaps by Hollywood favourites. Most recently was Ellen DeGeneres' birthday message to Ryan Reynolds in which she "accidentally" posted a photo of her with Ryan Gosling instead. But there were no hard feelings because Reynolds himself has a great sense of humour and also posts the most hilarious things online.

Unfortunately, the debate over which Ryan the internet loves more is still ongoing.