Of course he had to make a parenting joke! 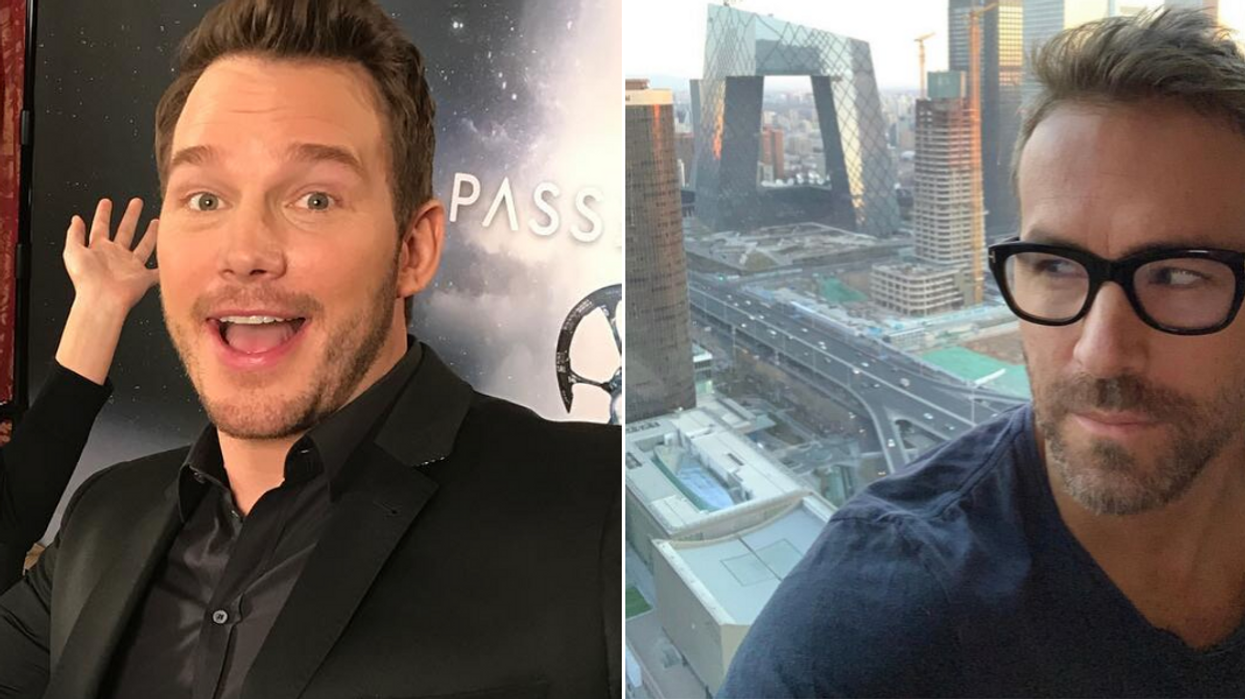 The Marvel world may actually have the best cast of any franchise EVER. From Robert Downey Jr. to Zendaya Coleman, literally everyone is iconic. Chris Pratt and Ryan Reynolds are also huge additions to the MCU with their movies Guardians of the Galaxy and Deadpool, but does that mean they always get along? A fantasy football league that the two are a part of just released their top results and the actors are getting a little competitive about it. Chris Pratt trash-talked Ryan Reynolds on Twitter and it's pretty hilarious.

Ryan Reynolds is known for his online humour, but I think this is the first time he's used some dry humour on Chris Pratt specifically. The AGBO Superhero Fantasy Football Charity League released the scoreboard announcing the current results. If you look a the chart they have Chris Pratt in first, Chris Hemsworth in second, and Reynolds in third.

Pratt needed to make sure it was clear he was in first though and tweeted, "Humbled to be listed alongside these two amazing actors. (I'm in the lead to be clear so I should be listed first and I'm filing an official complaint.)" To add further to his joke he tweeted a screenshot of the chart and crossed out both Reynolds and Hemsworths names, circling his higher result.

Of course, Reynolds had to respond and he did it in a very Reynolds way: by making a parenting joke. His response to Pratt was, "On a scale from 1 to smoking my children’s pyjamas, how desperate are you to win this thing?" He even followed up the tweet with a gif of Deadpool with smoke coming out of his mouth and ears. This is nothing new to Reynolds, he should be used to getting roasted on social media by now, Blake Lively literally took him down just yesterday.

It doesn't matter if we have no idea why Reynolds would bring up smoking his child's pyjamas, it just makes the response to the trash-talk even more hilarious. There's been no response from Chris Hemsworth, but I'm betting on another hilarious response from the group when he does.

Their back-and-forth is just obviously all in good fun and hopefully, these tweets will get the league some more attention!