The fake feud between the two seems to be on hold for a moment as Reynolds congratulates Jackman on Instagram. 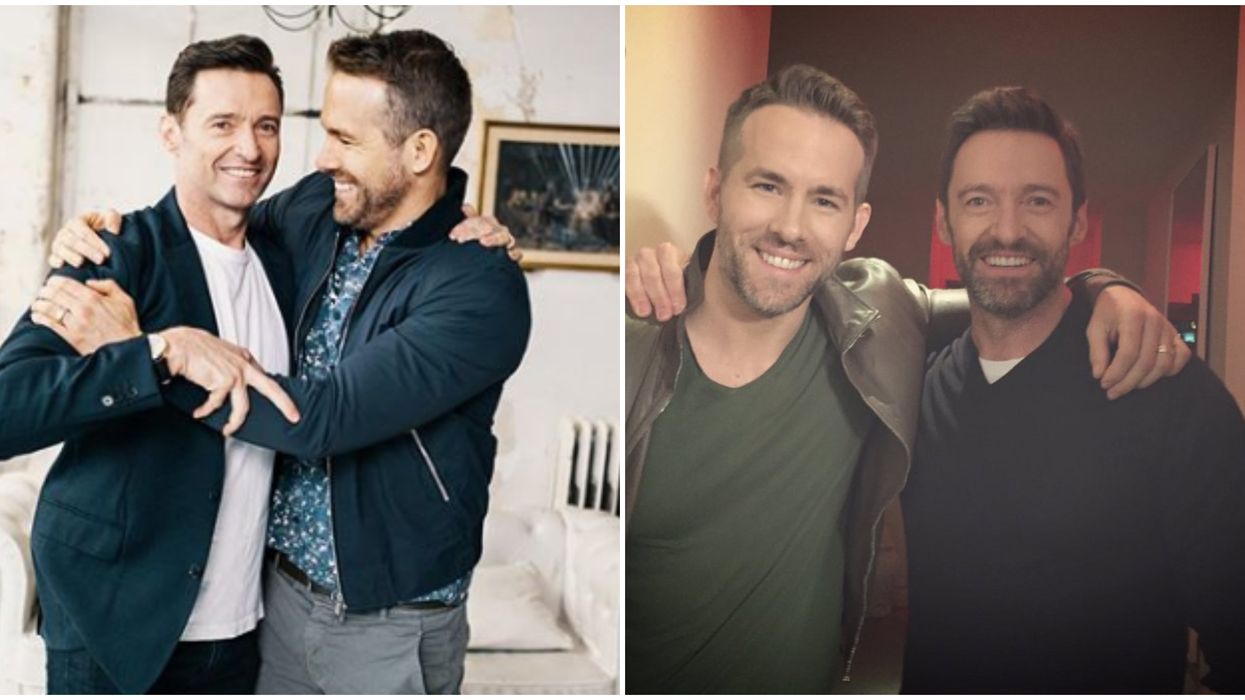 We love a good bromance especially when it features one of Canada's treasure. The Ryan Reynolds & Hugh Jackman bromance is in full force once again. And we couldn't be happier about it.

Yesterday Reynolds congratulated Jackman on receiving the Order of Australia, a title that is given by the Queen of Australia, to recognize Australian citizens for their achievements, and it was actually really sweet. With the heartfelt post, it's obvious that the bromance between the two actors who have recently been gracing the big screen continues.

The Canadian actor shared his love for Jackman with the world in a touching Instagram post. But Reynolds also had to throw in a few jabs at the Australian because it wouldn't be him if he didn't.

In a photo that was posted to Ryan Reynolds' Instagram on Friday night, he shared a picture of Australian actor Hugh Jackman, as well as the most heartfelt caption any of us have ever read.

In the post, Reynolds stated, "Receiving the Order of Australia is a HUGE deal. And despite what I tell anyone who’ll listen, Hugh Jackman is one of the finest, kindest, hardest working, generous and most talented people."

We're not crying, you are.

"I’ve had the privilege to call my friend. There’s nobody better. None of this changes the unfortunate fact he’s a complete bastard," Reynolds wrote at the end, giving it the hilarious Deadpool punch.

Reynolds and Jackman have been in a famously fake feud since 2015 when Jackman posted a video of Reynolds impersonating him.

The duo first worked together on X-Men Origins: Wolverine in 2009 and from that, a beautiful relationship of being friends and sometimes fake enemies blossomed.

Reynolds and Jackman have been teasing each other on social media for years now and we can't get enough of it.

The sparring isn't even called off for Best Friends Day on which Jackman called Reynolds a stage-four clinger.

Though they called a truce in January, we're sure there will be more friendly barbs in the pair's future.

We hope the bromance never ends. This is the wholesome and hilarious mean content we need in the world.