They're hosting a contest you can enter to win! 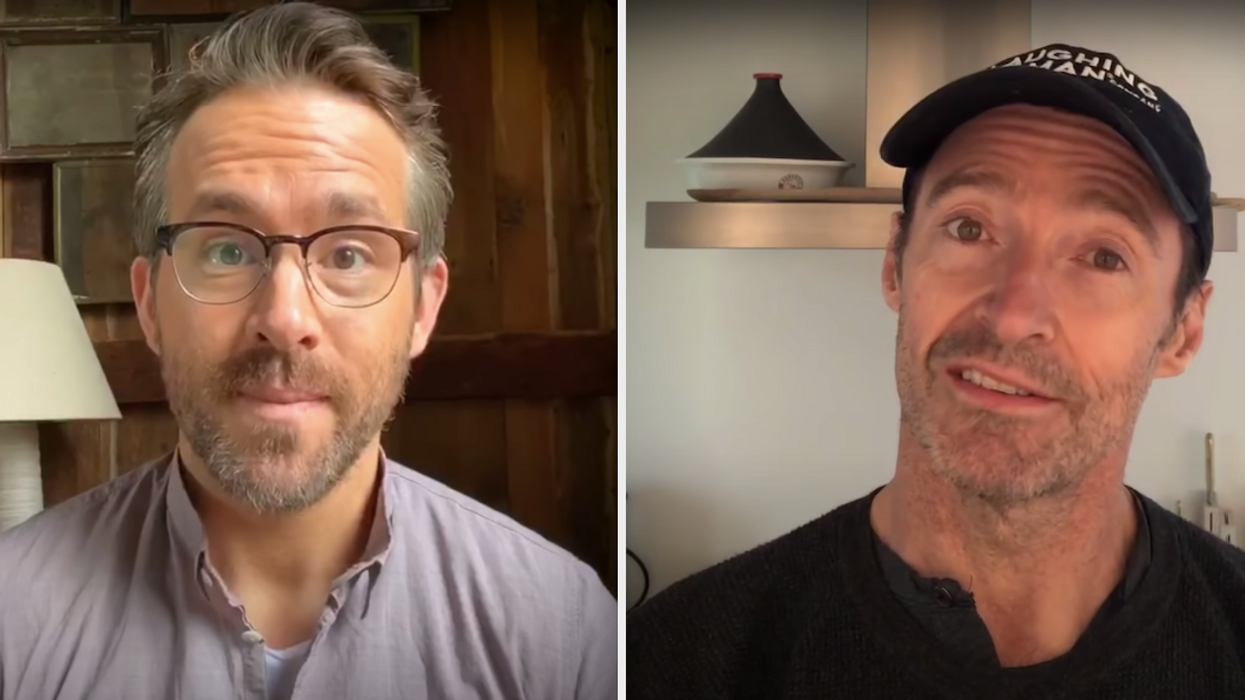 Say it isn't so! Ryan Reynolds and Hugh Jackman will settle their long-standing feud just this one time. They partnered with the All In Challenge Foundation to raise funds for food bank organizations during the COVID-19 pandemic. The sweepstakes offer a grand prize where the two hunks will fly to the winner's house to set up a lemonade stand together.

According to the official website, 100% of the money raised will go to organizations Feeding America, Meals On Wheels, World Central Kitchen, and No Kid Hungry.

Additionally, the lemonade stand proceeds will go to first responders.

In a video announcing the contest, Reynolds and Jackman virtually joined together to discuss the details, and of course, their bitter feud.

"For one day, and one day only, we've agreed to agree to not...disagree and only a pandemic could make that happen," Reynolds explained.

Jackman added, "Yeah, we've agreed to join the All In Challenge. We'll stop our feud for one day and help sell a different type of drink."

They explained that the charity is to help fight food insecurity during the COVID-19 pandemic.

The official rules state that the contest is open to residents in the United States and Canada, excluding the province of Quebec.

One winner will have the opportunity for Reynolds and Jackman to fly out to them and sell lemonade with their kids for two hours together. However, the delivery time will be "mutually agreed upon and determined at a later date when it is safe to do so."

The two actors have been online trolling each other for years, and Jackman recently exposed that it all began because of Scarlett Johansson!

Reynolds and Johansson were married from 2008 to 2010, and she and Jackman were good friends so he teased the Vancouver born star about treating her right.

Then once Deadpool premiered, the two really amped up their sarcastic feud with budding posts popping up online often when either actor has a new movie being released.

You can enter to win a chance to witness Reynolds and Jackman on their best behaviour at AllInChallenge.com.