The iconic duo we deserve. 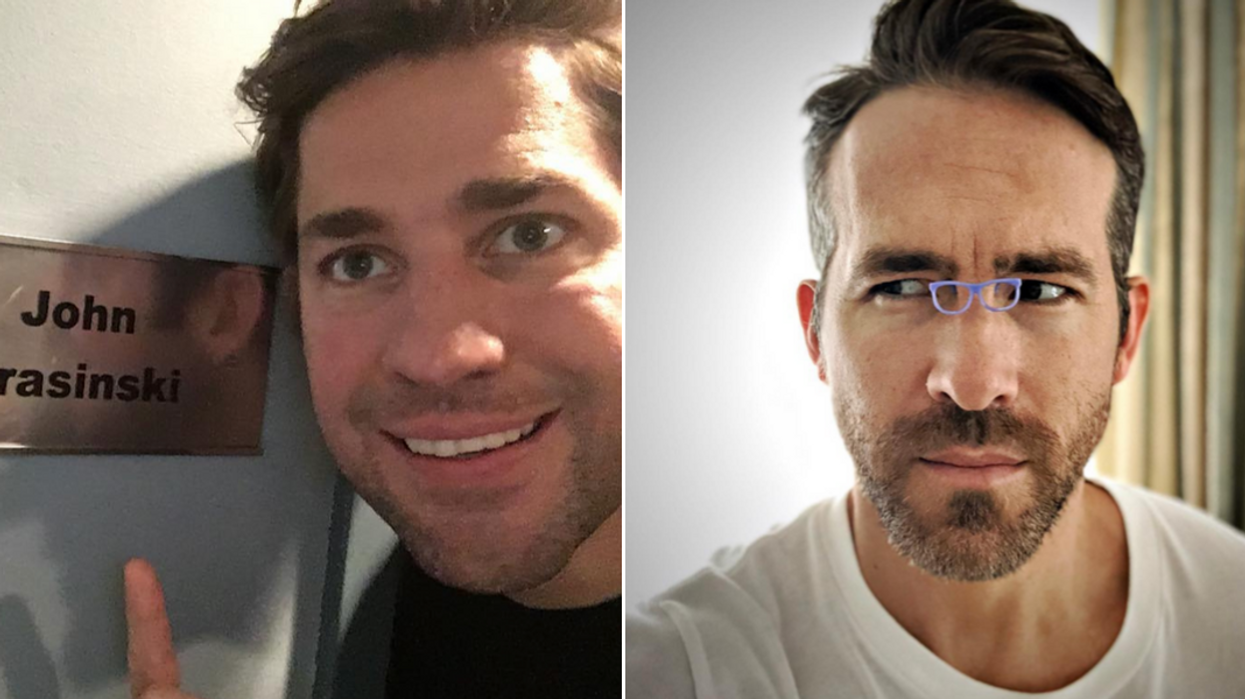 It's crazy to think that Ryan Reynolds is adding yet another project to his growing list of upcoming blockbuster hits, but he just did. Although it seems almost impossible for him to film another movie, we can't help but get excited, especially because he's returning to his comedic roots. Ryan Reynolds and John Krasinski's new comedy is everything we need and more.

After an apparent bidding war between production companies, Paramount won the upcoming rights to the comedy Imaginary Friends.

Reynolds will be the star of the film. He'll be playing a man with the power to see people's imaginary friends. Not only does that include imaginary friends connected to their person but the ones who have been tossed aside and forgotten. Because of his ability, things get out of hand when the imaginary friends realize they can be seen.

There hasn't been any news released about who Krasinski will play but we do know besides starring in the film he is also set to write and direct the comedy.

The movie is still in the beginning stages of production with no release date, not even a tentative one. However, that's expected considering they'll have to work around both of these actors' crazy schedules.

Reynolds has had a huge year already with the release of Pikachu and Hobbs & Shaw. He's also slated to begin filming three other movies, The Croods is 2, A Christmas Carol, and a potential Deadpool movie that'll take place in the MCU!

Krasinski himself is still in the post-production stages of the sequel to his directorial debut, A Quiet Place 2.

If Krasinski brings the directing ability he shows off in the Netflix hit A Quiet Place, and if they both bring their hilarious personalities, there's no doubt this movie will be a huge hit.

Fingers crossed they'll be able to fit Imaginary Friends into their schedules sooner rather than later!