It's his turn to get cut out of photos! 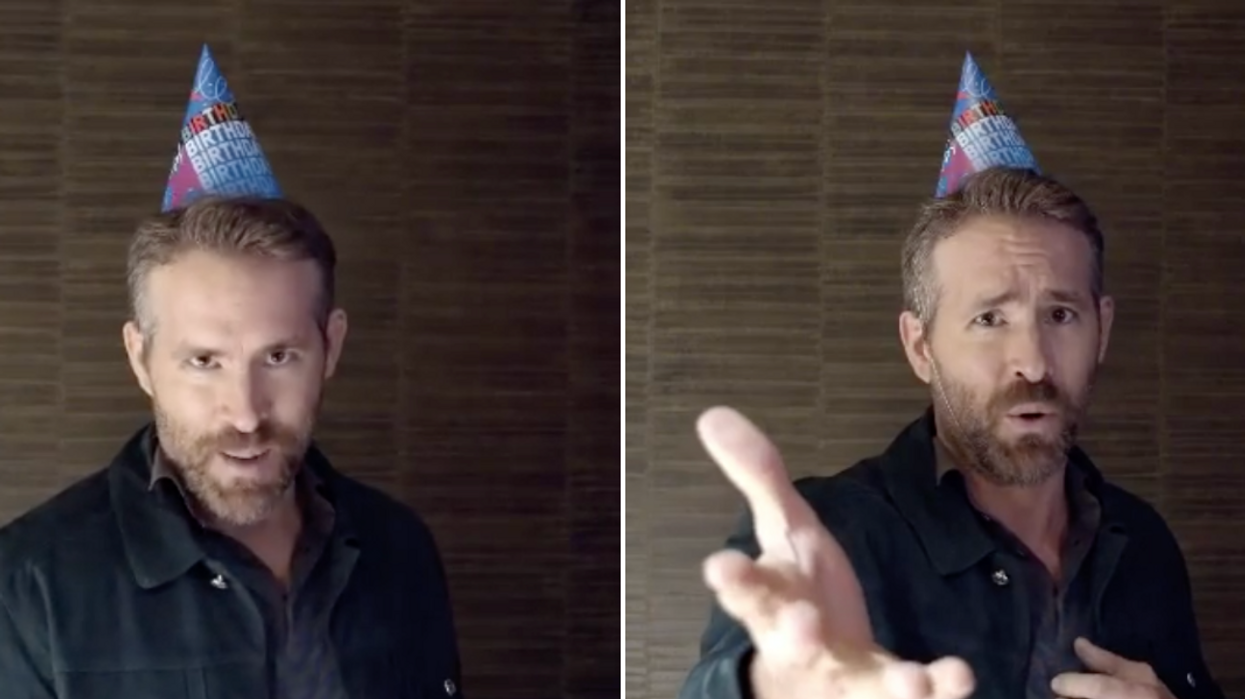 Ryan Reynolds, the dad of Instagram, the king of social media trolling, is finally allowing himself to become the victim of meme culture. Celebs are using this opportunity to get revenge on all of the Candian actor's hilarious Instagram posts. Ryan Reynolds's birthday celebrations included a lot of celeb Instagram trolling.

Reynolds is known for writing hilarious birthday messages on his social media accounts for ironically the people who mean the most to him. People like his wife Blake Lively and Hugh Jackman. While these two have yet to wish him happy birthday publicly, some other former cast members of his hopped onto the opportunity to mess with Reynolds right away.

Salma Hayek who Reynolds worked with on the movie The Hitman's Bodyguard started the trend. She posted a series of photos on her Instagram story of their time on set together, except Reynolds's face was continuously cut out of the picture (something he's been known to do to Blake Lively).

She then made an entire post on her Instagram dedicated to him still not having sent her a bottle of his Aviation Gin for her birthday two months ago:

"Yes, Ryan, I am using your birthday to post this picture where I don’t look so bad, while you look all beat up, and also I’d like to take this opportunity to remind you that you were gonna send me some Aviation gin for MY birthday AND THAT WAS ALMOST TWO MONTHS AGO... If you want to see more pictures of yourself, please look at my stories... oh and Happy Birthday by the way."

Simon Kinberg also took advantage of the opportunity to troll the actor posting a photo on his story of both Reynolds and Ryan Gosling that read, "You are the greatest Ryan, Ryan!" Except, Reynolds's face was the one covered with words!

Reynolds even shared a fan's Instagram post on his story that was hilarious. It showed Deadpool next to Spider-man who was wearing a Reynolds mask. The image also featured a birthday hat with Hugh Jackman's face on it.

Out of all these trolling birthday wishes, there were some sweet ones mingled in between particularly the one Reynolds shared of his mother.

He posted a video of his mom playing the ukelele and singing happy birthday to him. He captioned the story, "My Mom learned the Ukele at 73 yrs olds. She is a legend."

We're sure there's still going to be a whole lot more birthday posts coming his way. If his post dedications to Blake Lively are any indication of how much fun the couple has trolling each other, we're in for a treat!