Talk about a crazy fanbase! 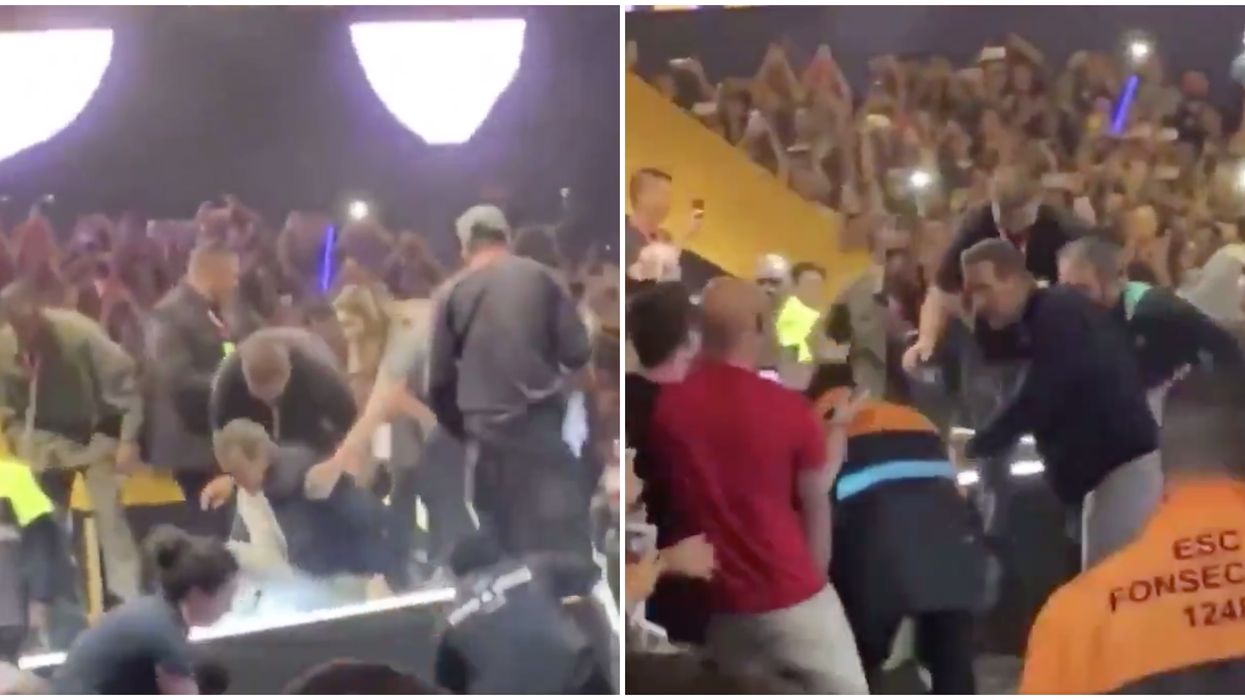 It’s no secret that Ryan Reynolds attracts a lot of attention wherever he goes. The Canadian heartthrob has an extremely dedicated fan base that loves him not only for his talent and his good looks but also for his incredible charm and wit. Recently, Ryan Reynolds’ Brazil trip attracted so much attention that he was almost crushed by a barricade.

On Saturday, December 7, Reynolds was in Brazil for CCXP, better known as Comic-Con. The actor was at the convention to promote his upcoming Disney movie Free Guy, as well as the Netflix film 6 Underground, which is coming later this month.

The actor hopped down from the stage momentarily to greet some of his very excited fans, only for the barricade separating them to break. It could have led to Reynolds being crushed by the barricade but luckily he was totally fine.

Reynolds was able to hop back on stage without being hurt. In typical Canadian fashion, the actor also made sure that none of his fans were hurt in the incident.

Just a few moments after, Reynolds went to greet fans on the other side of the stage, only for history to repeat itself, causing him to almost be crushed yet again.

Brazilian fans were so thirsty for Reynolds and seemed to love him as much as his Canadian fans do.

Luckily for fans people all over the world, the Deadpool actor was unharmed and so were the fans.

Reynolds released the trailer for Free Guy on his Instagram page yesterday afternoon.

The action-packed movie will come out on July 1, 2020. What better day than Canada Day for a Ryan Reynolds movie to hit the big screen?

If you want some more Reynolds in your life ASAP, check out 6 Underground, which is hitting Netflix on December 13.