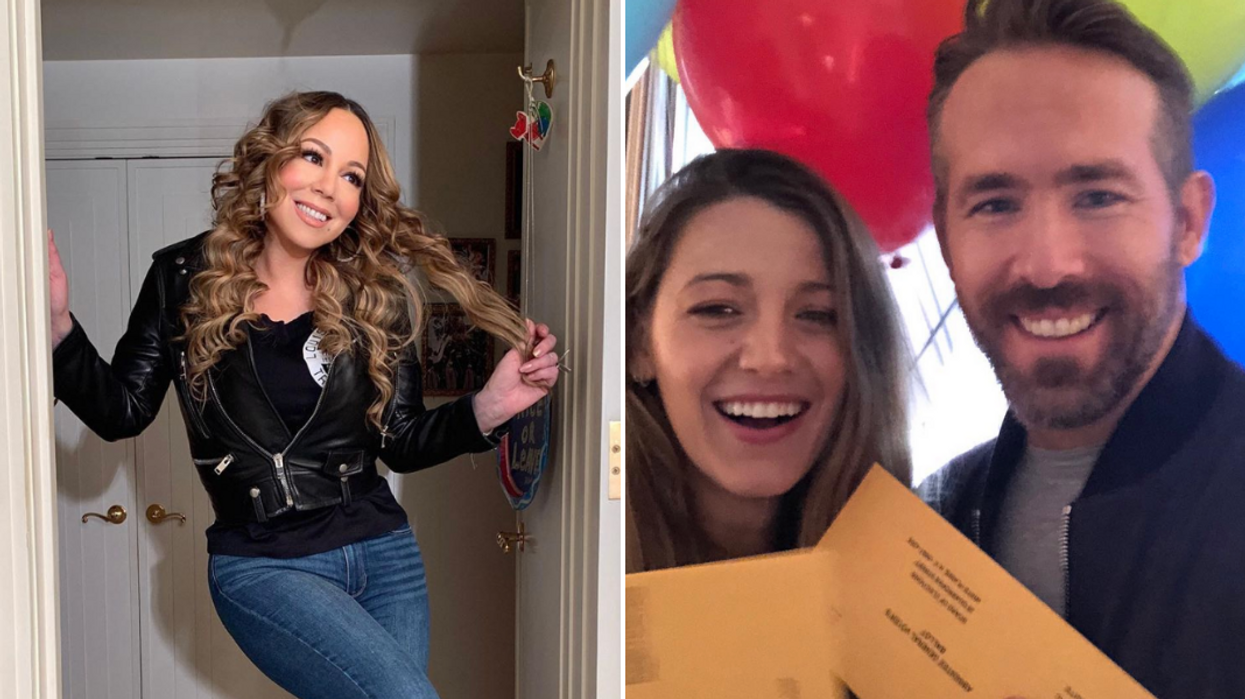 It must take a lot to surprise or scare Ryan Reynolds now, just because he has three kids at home who probably attempt every day, but it looks like Reynolds wasn't ready for Mariah Carey's son's ninja skills. Not only did he scare Reynolds, but he used the scare tactic while meeting him for the first time. Ryan Reynolds Deadpool scare from Mariah Carrey's son is the best story you'll hear all day.

Celebs post photos hanging out with each other's families all the time, but something very different stood out about the one Mariah Carey shared with the world this past weekend.

Posing with both Ryan Reynolds and Blake Lively behind her, she has both arms wrapped around her kids' shoulders, except one of them is very noticeably wearing a mask. A Deadpool mask.

She captioned the photo, "Rocky snuck up on an unsuspecting couple wearing a Deadpool mask. Will they ever recover?"

It looks like the Reynolds got a little more than the quiet family dinner party they were expecting.

We have to admit, though, imagining an eight-year-old surprising Reynolds wearing a Deadpool mask may be the cutest thing we've ever heard.

It was all fun and games to Reynolds who added his usual sarcastic charm commenting, "Whoa. My vision board became a photo."

Reynolds is potentially king of trolling the internet so knowing that Mariah Carey's son trolled him right back is just plain hilarious.

We're assuming the Deadpool star is used to this kind of behaviour considering the stories he shares on social media about his two oldest daughters. But Mariah Carey's two kids definitely don't think he's Spiderman.

It's only a matter of time before his newborn daughter joins in on all the fun!

Getting scared by Rocky is just one of the highlights from Reynolds' weekend. He spent a very Canadian evening with Michael J. Fox at his organization's gala raising money for Parkinson's Disease.

It was a busy weekend for the Canadian actor, so maybe it's a good thing he got a little wake-up call from an eight-year-old.

It definitely made us chuckle.