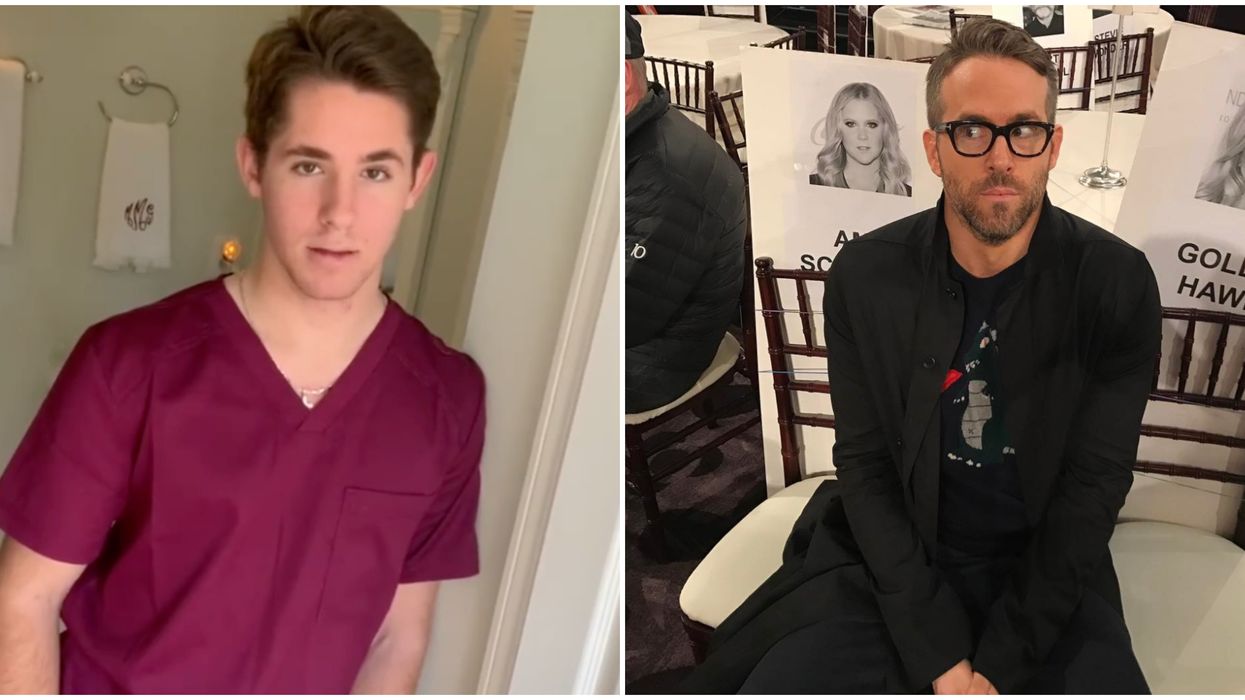 There are people who kind of bear a passing resemblance to a celebrity, and then there are people who look scarily similar to one. Recently, Ryan Reynolds’ doppelgänger was discovered to be a teen on TikTok, and people can’t believe how much the two actually look alike. A video of the teen has gained tons of popularity on the app after his girlfriend posted it.

The video was posted on January 28, and starts off with a photo of Blake Lively while a voice-over says, “It all started when my mom met my dad.” The video then transitions to a photo of Lively’s husband, Ryan Reynolds.

“Then they fell in love, and had me,” the TikTok continues. After the photo of the Canadian actor disappears, someone who looks almost identical to Reynolds is shown on the screen—with just a quick glimpse you might actually think it really is the Deadpool star.

“Hi, my name’s Ryan, and my life is kind of crazy,” the voiceover finishes.

Since it was posted yesterday, the video has already received over 750,000 likes and 3,000 comments, most of which came from people who couldn’t believe their eyes.

“You’re telling me this isn’t Ryan Reynolds,” added another.

Others in the comment section were insisting that the lookalike has to be related to the actor in some way.

This isn’t the first time that a lookalike of the 43-year-old has been found. According to US Weekly, the actor agrees that he and actress Kate Beckinsale look incredibly similar as well.

The creator of the TikTok video, Grace Munson, also shared in another one of her videos that she has a YouTube channel and her posts regularly feature appearances from her boyfriend, aka Ryan Reynolds Jr.

Reynolds has never been one to shy away from trolling people on social media, so it will be interesting to see if he has anything to say about his lookalike.