The feud is in response to the People's Choice nominations. 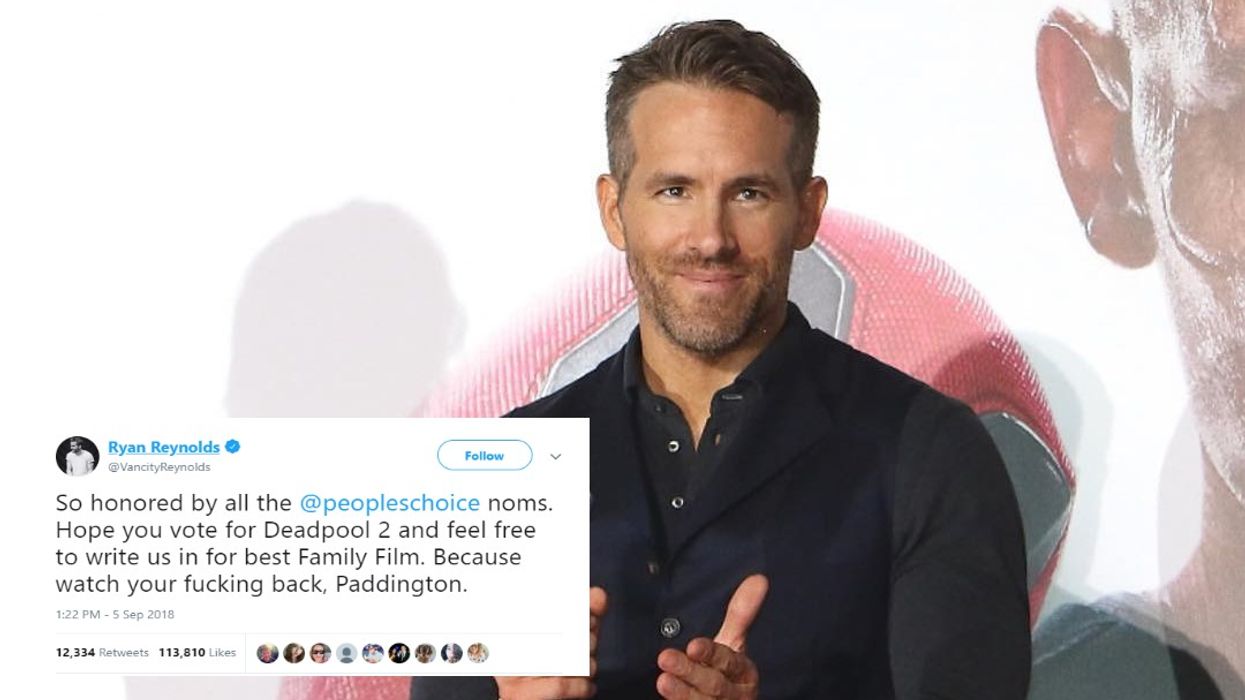 Ryan Reynolds may just be one of the funniest Canadians alive, especially when it comes to his Twitter account @vancityreynolds.

The star is almost always posting jokes or adding clever one-liners in around any bit of news he has to share. That's why it's not surprising that the Canadian actor has found himself in a Twitter feud with another celebrity, and it's honestly unbearable. Ryan was understandably excited when his film Deadpool 2 received four nominations for the People's Choice awards. He shared the news on his Twitter saying how honoured he was and he hoped that people would vote for the film.

But in typical Ryan Reynolds fashion, he didn't leave it there. He decided to go after none other than the super lovable Paddington Bear, saying "Watch your fucking back, Paddington."

Now the newly iconic Twitter feud is becoming a meme and the whole situation has really escalated quite quickly, with people sharing some disturbingly intense pictures of Paddington's dark side.

#haiku oh Deadpool beware |for if you mess with the bear |you get the hard stare#hardstare pic.twitter.com/NDwJuKexUb

I've heard Paddington has a dark side. See how he drinks tea straight out the teapot.... Savage. Watch yourself Reynolds. pic.twitter.com/93XSeucfok

While Deadpool 2 is up for four nominations at this year's awards, Paddington 2 is nominated for Best Family Film of 2018.