The game show will be airing on ABC this summer. 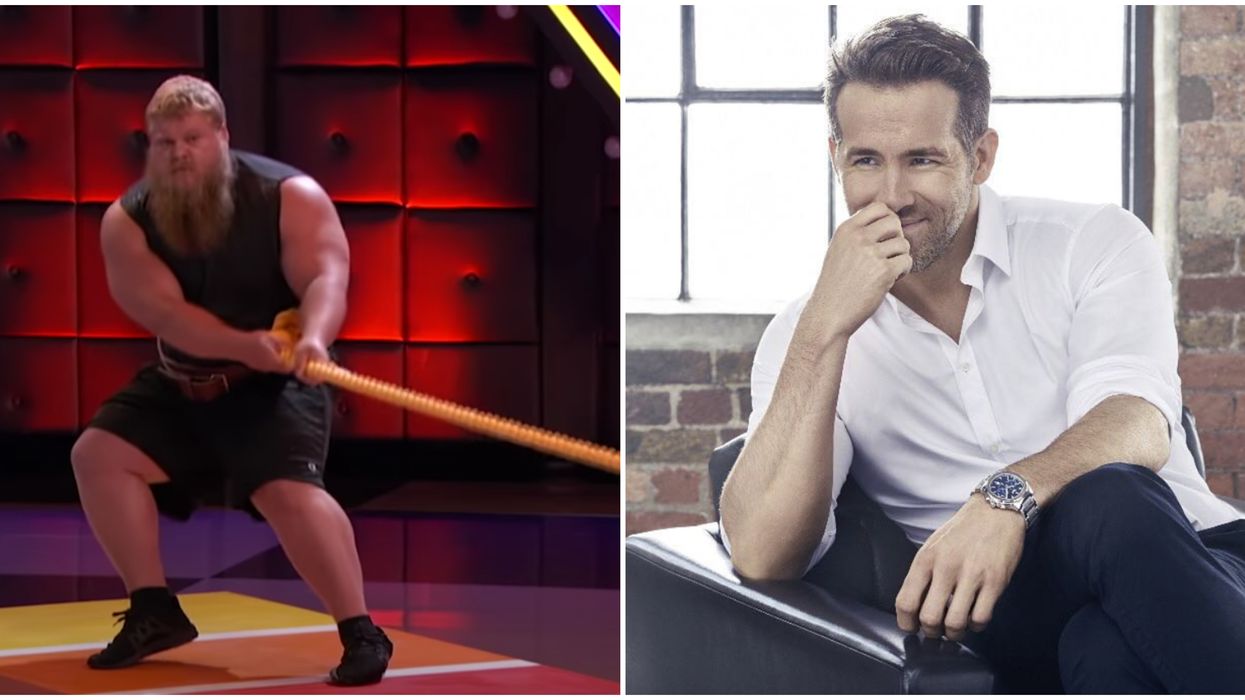 He’s at it again! Ryan Reynolds’ new game show is exactly what you need if you want more of the Canadian star in your life. The series was executive produced by the 6 Underground actor and is called Don’t. If you’re a fan of shows like Wipeout, just wait until you see this.

Recently, Reynolds took to his YouTube channel to share the trailer for the upcoming ABC show, which is set to be hosted by Parks and Recreation star Adam Scott.

In each episode of the show, families of four will compete against each other in a series of physical and mental challenges but of course, there’s a catch. For every challenge, the competitors are told “don’t” do something.

“Fun fact, Adam’s salary is tied to how many times he says the show’s title,” Reynolds can be heard saying in the hilarious video.

Don’t was initially announced on social media over a year ago by the Canadian actor.

“ABC cruelly canceled Two Guys, A Girl & a Pizza Place 18 years ago. ‘DON’T’ is so good, it‘ll fast become the 2nd best show ABC has ever produced. And ABC will worship me. And my sitcom will be back on the air. @TraylorHoward  @NathanFillion and @RichardRuccolo, you’re on notice,” the Deadpool actor tweeted last April.

Reynolds explained how he came up with the premise for the new series in an interview with Variety.

“All my life, the word ‘don’t’ has tortured me,” the 43-year-old said. “From ‘don’t curse’ to ‘don’t play ball in the house’ to ‘don’t eat the crab salad you left in the sun for three days.’ I cannot wait for my personal trauma to become the next great ABC family show.”

When he’s not trolling his famous friends online, Reynolds has been teaming up with his wife, Blake Lively, to make generous donations to different charities and individuals all across North America who have been impacted by the current state of the world.

Don’t is set to premiere on June 11 on ABC. You can check out the hilarious trailer for the brand new game show below.