His humour is too much to handle! 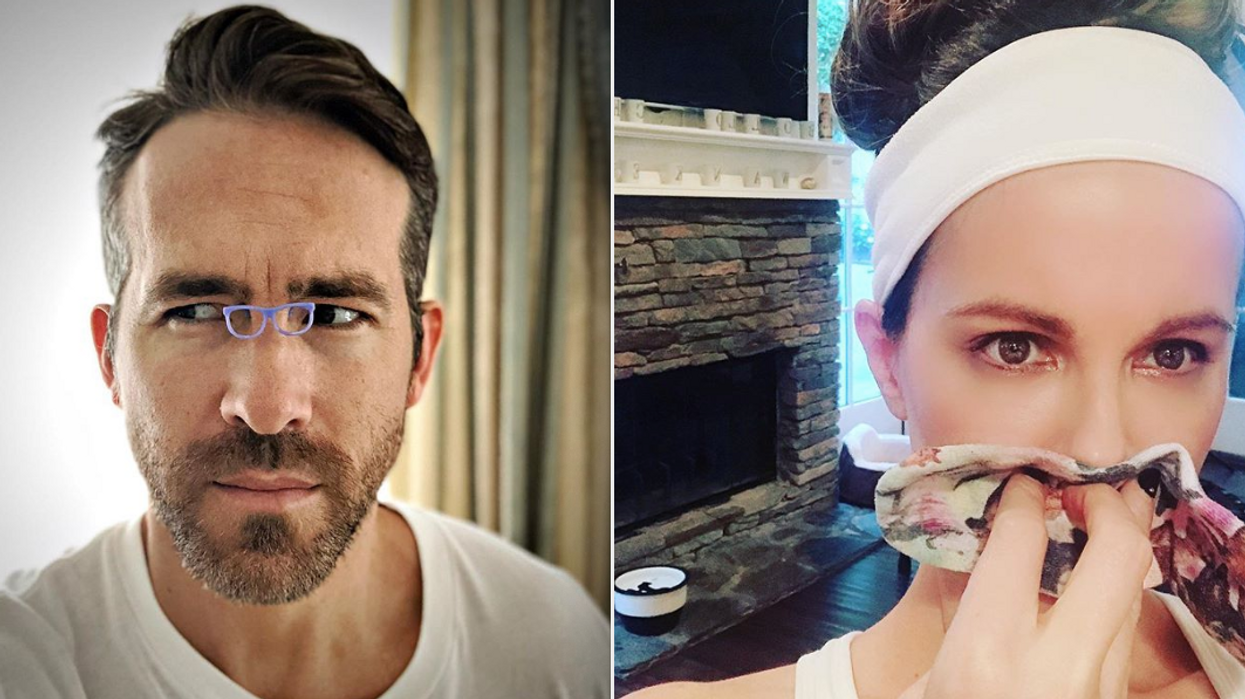 Reynolds' photo features his and Beckinsale's faces photoshopped onto the faces of Mary-Kate and Ashley Olsen in their 1993 film, Double Double, Toil and Trouble. Amazing photoshopping skills, Reynolds.

While Beckinsale was on the show, Fallon brought up the fact that she thinks she looks like Reynolds, and she seemed super passionate about it. She said that they look alike, "in a shocking way. Like when sometimes I see a bus going by with a poster on it, I think 'Damn I look hot, oh wait that's not me, also I never did that movie'".

The Halloween-themed photo comes just in time for the holiday next week.

The original movie premiered 26 years ago as a Halloween special for children starring the Olsen twins. The plot revolved around the sisters finding out that they have a set of great aunts who are also twins, except one is evil and set a curse on her sister. It's definitely one of those nostalgic Halloween films. And Canadian Eric McCormack played their dad!

Kate Beckinsale has not yet responded to Reynolds' photo, but we can only imagine what she and her team come up with. It was a bold statement to claim that they're doppelgangers but we're glad Reynolds is having fun with it.

Now what we're dying is to know is whether Reynolds sat down and photoshopped the photo himself or had an assistant do it. Either way, like always, his response was hilarious.