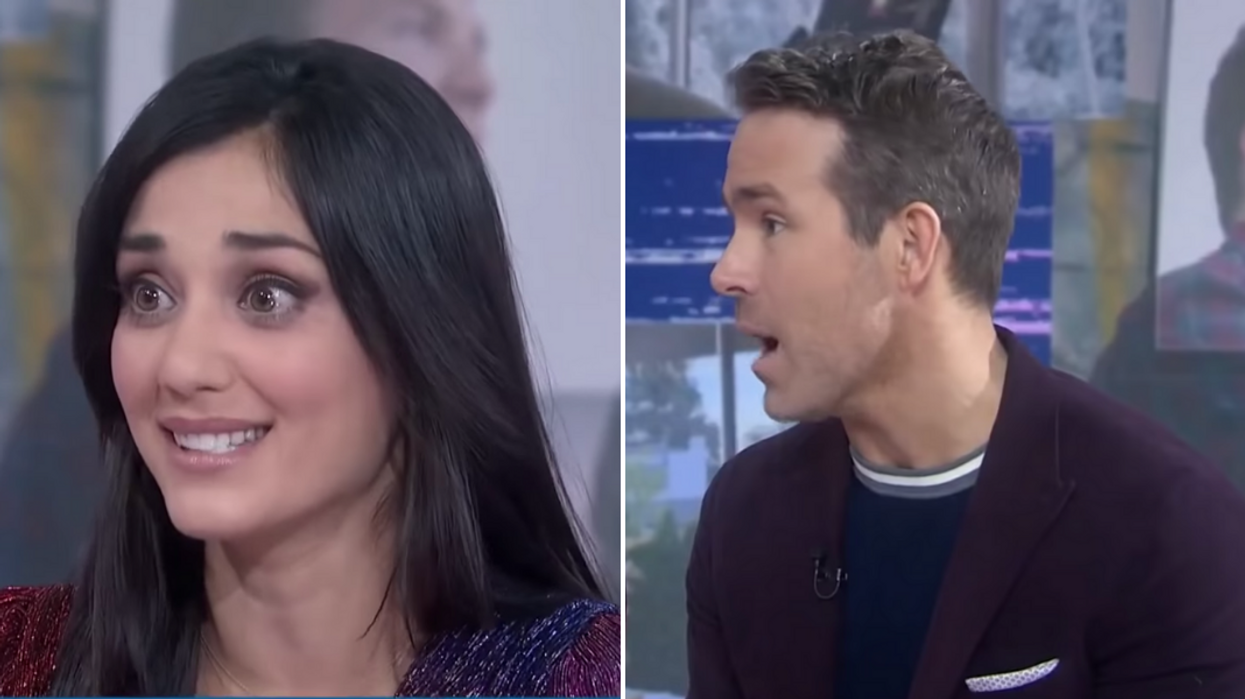 Monica Ruiz had her life flipped upside down when what she thought was an innocent exercise commercial, was released to an anything but a welcoming crowd. The backlash for the Peloton exercise bike commercials apparent "sexism" labelled her as the "Peloton Wife" and had her keeping a low profile until Ryan Reynolds reached out. He offered her a role in an upcoming commercial for his Aviation Gin but that wasn't the only bombshell in store for her. Ryan Reynolds surprised "Peloton Wife" by crashing her interview on the Today Show.

Ruiz was asked to come on the Today Show after a commercial of hers went viral for a second time, this time it thanks to Reynolds.

After seeing the actress struggling with the hate online, Reynolds reached out and offered her another role that would poke fun at Peloton's offensive ad.

He said, "As an actor, I can certainly relate to creating a piece of content or being part of something that’s not well received, and how alienating that can feel. We had immense respect for any reservations she might have had. We don’t want to make the situation any worse for her."

During her interview, Ruiz discussed her shock at the backlash from the ad, explaining that, for the first few weeks, all she received was praise from friends and family.

When the interviewer asked why she thought the commercial prompted such an upheaval, Ruiz jokingly admitted she thought it was her facial expressions throughout the ad: "Honestly, I think it was just my face."

Despite Ruiz starring in Reynolds' commercials, she had never actually met the Canadian actor. However, the Today Show changed all that.

Ryan Reynolds had actually been scheduled for an interview on the show that morning, so it was the perfect time to surprise Ruiz one last time.

For Reynolds, it was a chance to explain to the actress, and to the world, his thought process behind the commercial: "We had this thought that we could do this ad without contributing to that divide, without really vilifying anybody — just sort of commenting on both the person and the actress in the ad all at once."

As for Ruiz, she was completely shocked, "I'm like in an alternate universe, this is so weird," she said as she hugged Reynolds, who took a seat right next to her.

Check out the video of the amazing moment below.