His trolling skills are incredible! 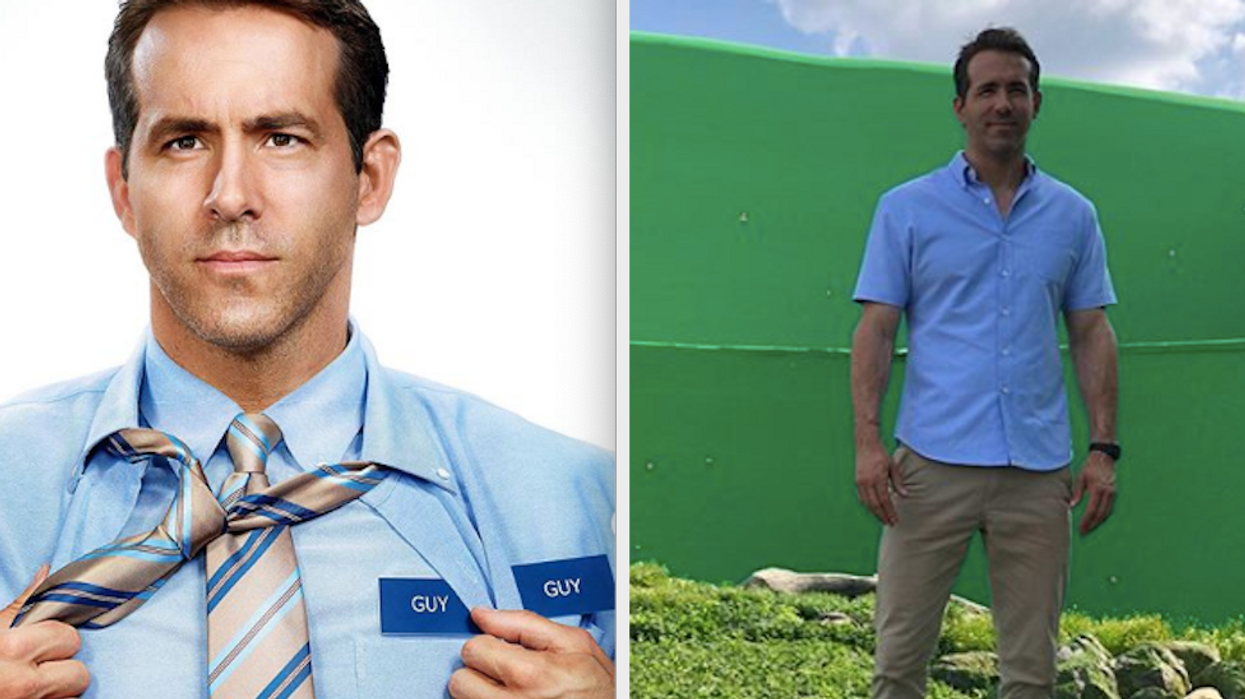 If you just can't get enough of Ryan Reynolds, then consider yourself in luck because the hunky Canadian star has quite a few upcoming projects to get your fill of his on-screen presence. That includes his Netflix film, 6 Underground, which is hitting the streaming platform on December 13, giving you an early Christmas present. On top of that, Ryan Reynolds teaser for Free Guy gives a sneak peek at how hilarious the film will be.

The Vancouver-born actor posted the teaser video on his Twitter earlier today and it's sure to put a smile on your face.

Reynolds sat down with his co-stars Joe Keery, Jodie Comer, and Lil Rel Howery to announce that the actual trailer will be coming out tomorrow.

While they answered the question "What drew you to Free Guy?," Howery answered "the cast," Kerry said "the script," and Comer responded "the people."

Reynolds had his own original answer that no one was expecting when he turned to directly face the camera and graphics simulating an infomercial ad popped up on the screen.

The Deadpool star told the camera with a cheesy grin, "I just fell in love with this blue shirt. No, no, seriously, it's made from 100% breathable cotton and for the next two minutes, it's only $19.95."

When questioned by his cast members, Reynolds explained, "We're Disney now, so we gotta up our merchandising game."

Of course, because he's Ryan Reynolds and he has the greatest sense of humour, he didn't let the act go and went on with the advertisement.

He continued, "And this limited edition Free Guy collectible tie is made completely of organic material, and now I'm gonna knock off $3 for the next three minutes."

The teaser wasn't a real ad for the blue dress shirt, as Keery made the point that "no one's gonna buy any merchandise until they've seen the film."

Reynolds did a good job of trolling his castmates and fans, and might even want to consider a gig hosting late-night infomercials. He certainly has the charm and selling abilities.