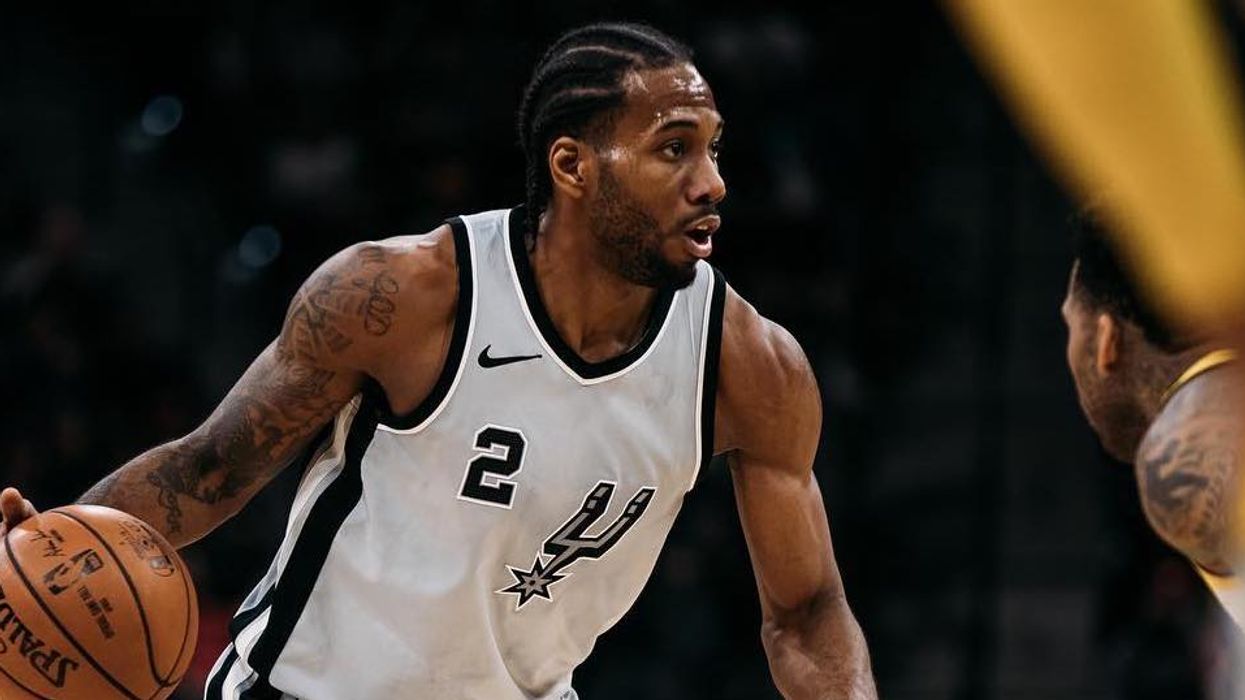 This article was originally posted on June 5, 2019. Click here for all recent Narcity Sports articles.

Kawhi Leonard was a legendary player for the San Antonio Spurs for seven years, making Texas his home for close to a decade. Being a vital sports player in the central Texas city, Leonard settled down in a rental home in north San Antonio whenever he wasn't away for his job. Though Kawhi has packed his bags and moved to Toronto after being signed to play for the Raptors (why he left Texas, no one will ever understand), his lovely, previous home still shines in the Lone Star State.

The home is a 6 bedroom, 4.5 bathroom house with over 4,700 square feet, a perfect size for the 6'7" basketball player to live comfortably in. As it's described on Realtor.com, the home lies on a greenbelt and has a fireplace, upstairs wet bar, and 2 living rooms. The quaint home rests in the northern part of the city in the Timberwood Park area, among the rolling hills of San Antonio and is surrounded by beautiful green scenery and other unique homes.

The house is very secure and lies in a beautiful hillside gated community among other upper-middle-class houses. Though the area is very nice, it is still accessible and has decently sized homes filled with your typical average citizens.

The house, being lived in by a sports superstar, is listed at 72% more expensive than other similar houses in the same area. There isn't a giant pool or a 10 car garage full of Lamborghinis, it is a classic Texas home that is comfortable and doesn't stand out too much from the homes around it.

The house is currently not listed for rent or sale, but it is uncertain if Leonard still rents out the home or if the lease was taken over by a new set of residents. Either way, please do not loiter on their property, because literally, nobody wants strangers snooping around their house, whether Kawhi still lives there part-time or not.

Kawhi Leonard is known to be a very private celebrity, having no social media accounts and offering very little insight into his personal life to the media. Leonard and his family keep his whereabouts and personal life status under lock and key at all times, making it very hard to track him down and to figure out his family and relationship status.

Leonard would typically cover his face or quickly get in his car when leaving his San Antonio home as to avoid any unnecessary confrontation with his neighbors and to keep his home life completely secret.

Though his private life is completely secret, his love for his old team is not.

In an open letter submitted to the San Antonio Express-News last year, Kawhi deeply thanked the Spurs and all of his longtime fans, stating that "there is not a more passionate or dedicated fan base than what I’ve witnessed in San Antonio". Though he clearly loved his time playing for the Spurs, once quoting in an interview with KSAT News that would "for sure" stay with the team to the end of his career, he made the tough decision to leave for Toronto for the 2018-19 season.

Though fans are still upset about him leaving the incredible Spurs, many would still welcome him back to the team if he decided to return one day. And with such a beautiful and big home waiting for him back in San Antonio, he definitely needs to come back to Texas where he belongs.