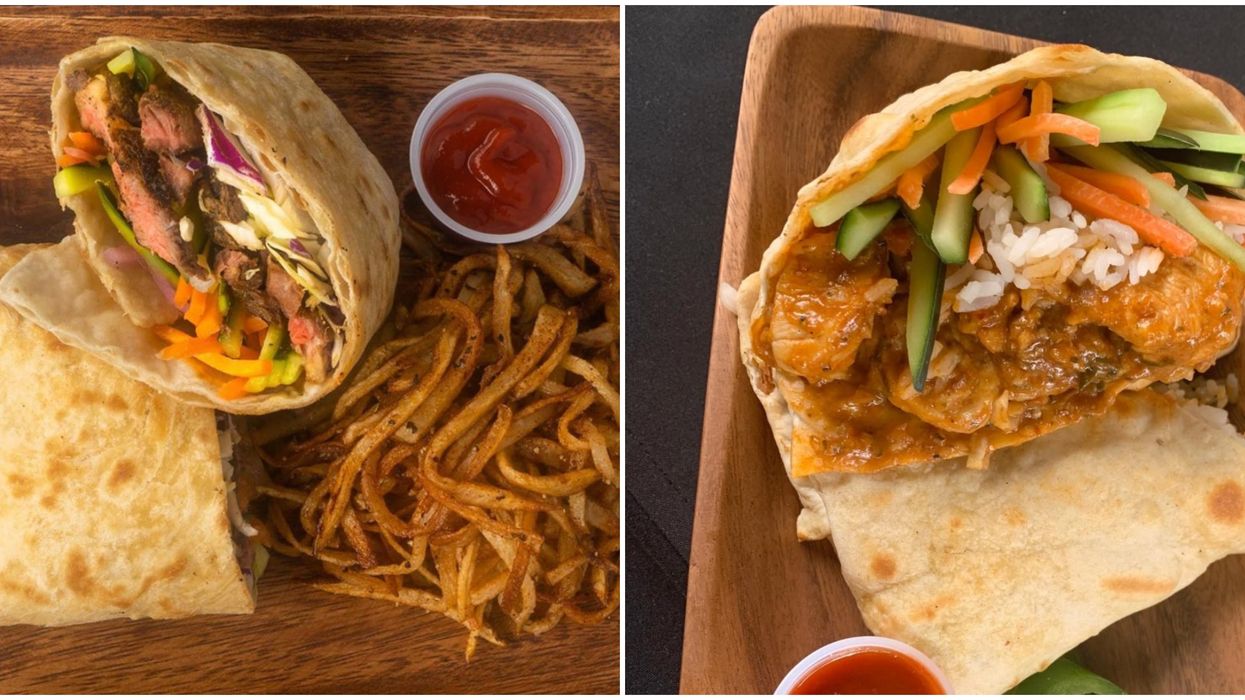 San Antonio is covered head-to-toe in mouthwatering restaurants, especially once you start getting near the downtown part of the city. For those of you who haven't tried The Jerk Shack yet, a popular spot in SA, it's an award-winning Jamaican restaurant that sells roti, among other delicious items. Now, San Antonio's build-your-own-roti restaurant is set to open later this month and will be The Jerk Shack's second location.

Mi Roti is set to open later this month, according to Eater Austin. The Jerk Shack's sister restaurant will focus solely on roti if that's not obvious already by the name.

The restaurant will open at The Pearl's food hall, Bottling Department. The Pearl is an incredibly popular location among San Antonians as well as tourists, and Mi Roti will likely add to the popularity once it's open.

An exact date has yet to be announced, and an official website is not yet set up, so we recommend keeping an eye out for both of those things.

For now, we can add to our excitement by either visiting The Jerk Shack sometime soon or checking out their menu online to get an idea of what it is you'll be ordering.

Roti is somewhat similar to burritos, as it's wrapped around tasty fillings and can be dipped in all kinds of sauce.

Though, the two meals certainly have their differences.

Rice, spinach, corn, and jalapeños are also some options, after all, you've gotta have more than just meat!

You'll get to decide exactly what you want in your roti each and every time you visit once the restaurant opens.

Why You Need To Go: Build-your-own-roti has never been so delicious!