It's going to be epic! 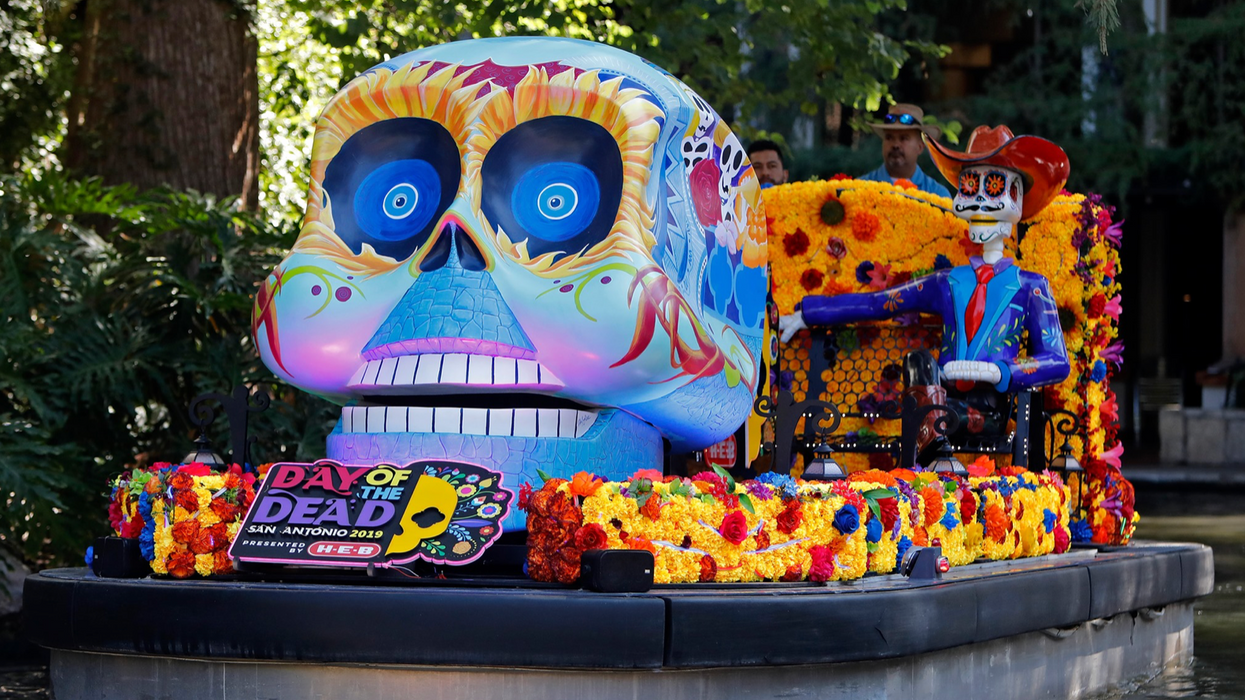 Now that we're well into October, Dia De Los Muertos will be here before we know it. Texas is more than prepared to ring the holiday in with their many celebrations, but one is making history as the first-ever Catrinas on the River Parade in San Antonio! We can only hope that the remainder of this month flies by because the anticipation is enough to kill anyone.

On Friday, November 1 from 7 to 8:30 p.m., the San Antonio Riverwalk will be overrun by skeletons, skulls, candles, incense, and so much more. The Catrinas on the River Parade will be the first of it's kind for the city and is already receiving lots of attention from all around Texas. It's not your average Day of the Dead festival, though those are taking place in SA this year as well.

The parade will begin with a performance at the Arneson by “La Danza de Las Mojigangas,” across from the La Villita neighborhood. As the night goes on you can expect to see the city's most famous barges, commonly known as "trajineras," in Mexico.

A huge turnout is expected for this parade, and while other cities in Texas are hosting their own celebrations for the iconic holiday, none are doing something quite like this. Take the day off, plan a road trip, do whatever you need to do to make it! It's going to be an amazing night full of joy, respect, laughter, and more.

Catrinas on the River Parade

Price: Based on seating

Why You Need To Go: This parade is making history, and simply showing up to show your support to the community means you will be too.