This is the greatest collab we've ever seen. 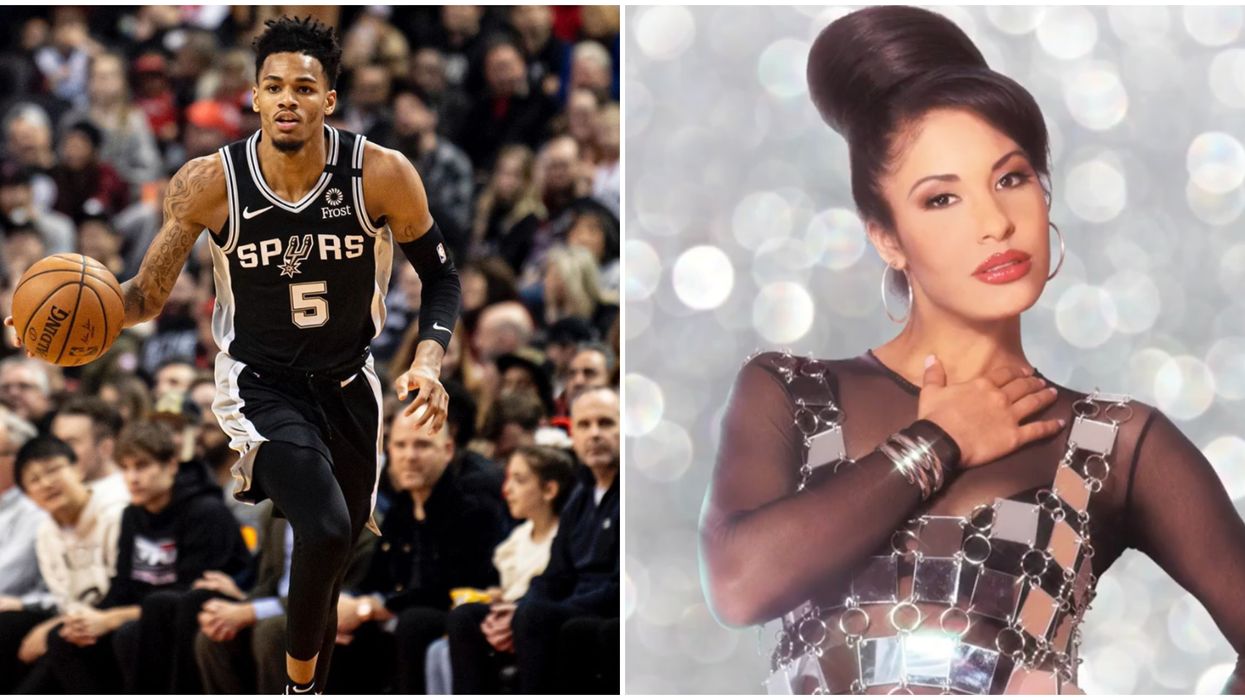 If there are two things San Antonians love more than anything else, it's Selena Quintanilla and the Spurs. This spring, a night dedicated to both is taking place at the AT&T Center in San Antonio, Texas. The Spurs' first-ever Selena Night is going to be one for the books.

You read that right, the Spurs' are honoring the famous Texan singer during one of their home games this season.

On Friday, April 3 at 7:30 p.m. Selena Night will commence at the AT&T Center where they'll play against the Golden State Warriors.

Tickets for arguably the most iconic game of the season are on sale now, and we have no doubt in our minds they'll sell out fast.

These obviously aren't like any other tickets you've purchased to see the Spurs play before, but for more than one reason.

It's about time that the San Antonian team celebrated the young icon who flipped the Tejano music industry upside down in the '90s, and now they are doing it in the most interactive and exciting way.

Your ticket for Selena Night will include an exclusive t-shirt which, once worn, will show off your pride for the basketball team and the singer collectively.

Not only are these awesome t-shirts up for grabs, but starting that night, an entire, exclusive 20-piece Selena x Spurs collection will be too.

Pre-sale for some of the merch will begin tomorrow, Wednesday, February 5. Once the pre-sale begins you'll be able to purchase a unisex shirt or a drink tumbler.

We can't wait to see what else the collection has in store!

Halftime will be extra special during this game because speed painter David Garibaldi will create a painting of the music icon that'll eventually be auctioned off.

If you decide to come out, try being one of the first to do so, because the first 10,000 attendees will get a commemorative Selena x Spurs rally towel.

Honoring those who made the Lone Star State what it is today is important, and Selena Night is a great example of just that.

Why You Need To Go: It'll be a night dedicated to two of San Antonian's favorite things and you'll get exclusive merch with your ticket.