An unlikely, but adorable trio. 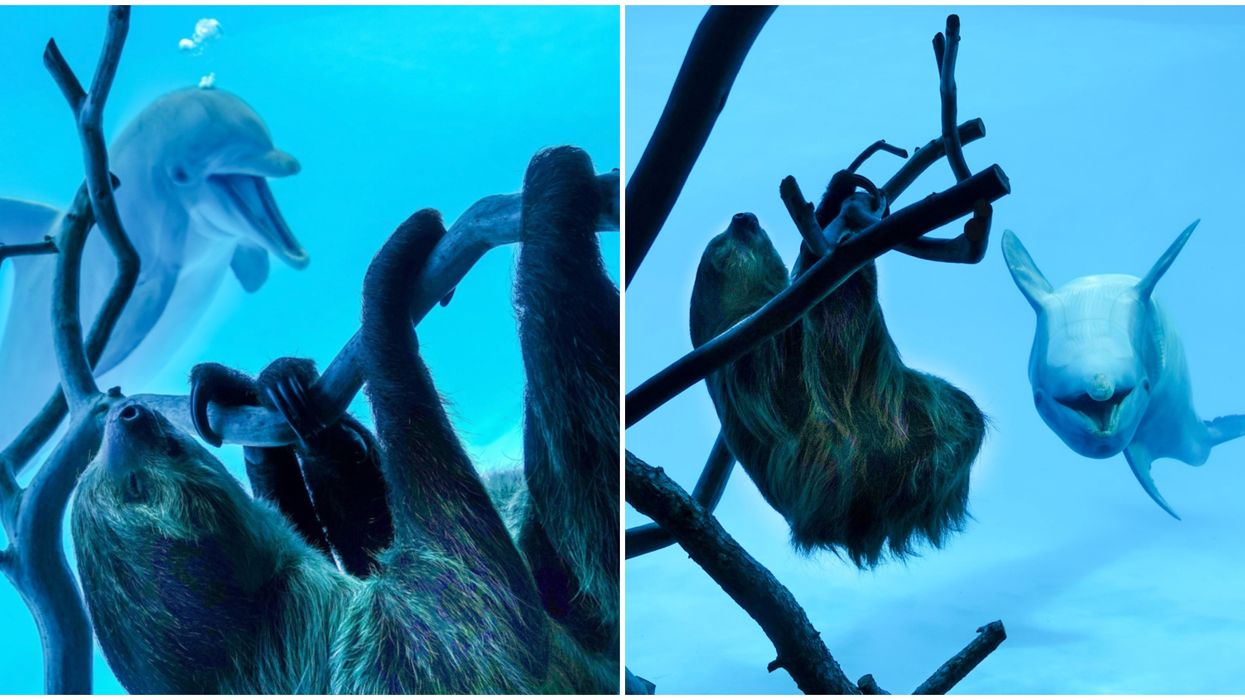 Even though many zoos and aquariums are having to temporarily close, it's been proven that there are still plenty of ways to keep the animals entertained. Just last week, the Texas State Aquarium decided to test the waters between two dolphins and a sloth and the results were incredible. It's not the trio we ever expected, but it's one we'll never forget, even after the aquarium re-opens.

On Thursday, March 26, the Texas State Aquarium in Corpus Christi posted a series of photos of their sloth, Chico and some of their dolphins, Liko and Schooner having an up-close and personal meeting.

The three would likely have never gotten the chance to meet like this if it weren't for the aquarium's temporary closure.

While it's easy to be disheartened by so many closures of our favorite places, even if they're just temporary ones, this is a reminder that you can find a silver lining in just about anything.

Upon meeting, there was an instant connection between Liko, Schooner, and Chico. It's harder to see the joy in Chico's faith given that all most sloths like to do is sleep, but the joy in Liko and Schooner's faces was undeniable.

If you're not yet convinced, you will be after seeing all of the awe-worthy photos up ahead.

Pictured above are Chico, Liko, and Schooner looking thrilled as ever to be hanging out. This is one of the only photos of all three of them together, and it's a serious gem.

Here, one of the dolphins looks both curious and happy to be so close to Chico. Though, Chico doesn't seem to want to give up his nap time.

This up-close shot of Chico lets you see just how fuzzy the little guy is.

We're hoping the aquarium will arrange many more meetings between the three new pals, and we're sure they hope so too!