She was in The Proud Family! 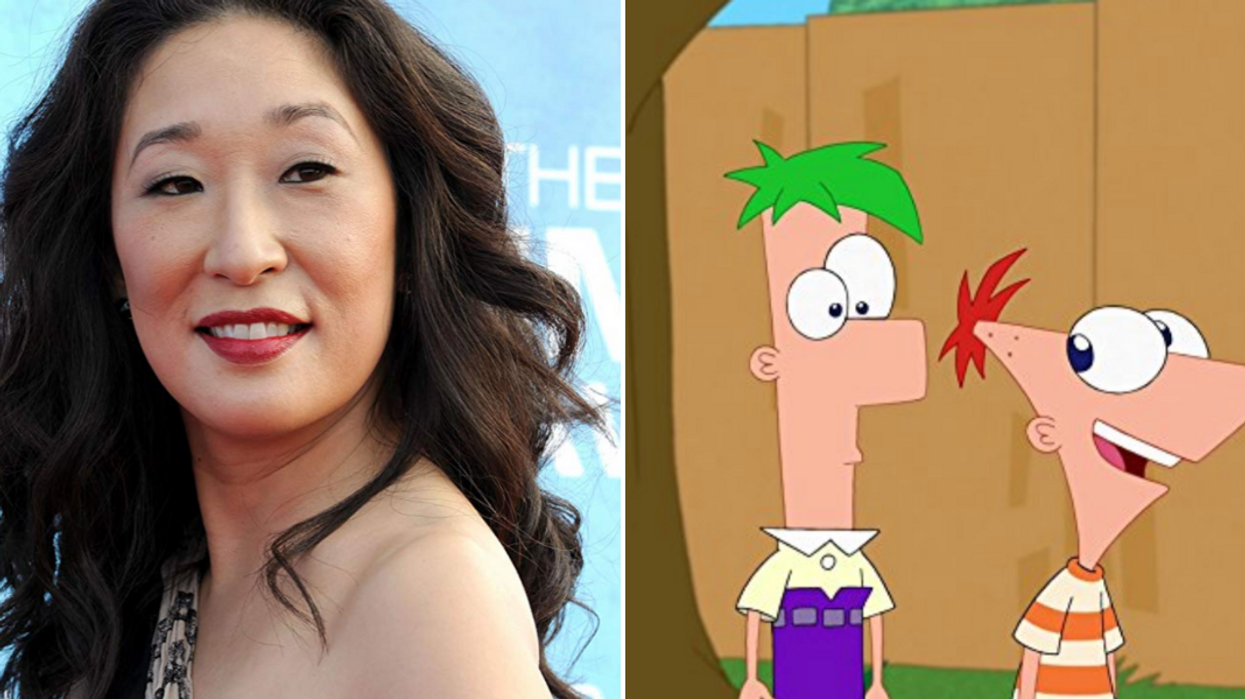 It may be hard to imagine the Canadian actress outside of her prestigious roles on Grey's Anatomy and Killing Eve. However, this Ottawa native actually had an extremely diverse career before playing the iconic parts. Sandra Oh's The Princess Diaries role is just one of many family series and movies she's worked in.

Over the last few years, Oh has had quite the journey in Hollywood winning herself all kinds of awards from Golden Globes to Screen Actors Guild Awards.

However, before she put on her scrubs to become Cristina Yang, she actually did a lot of voice acting. She even worked on children's shows well into her role on Grey's Anatomy.

Oh's role on The Princess Diaries alongside Anne Hathaway is probably one of her more well-known roles from the early 2000s. However, this was still years before she became the doctor viewers grew to love.

She played Mrs. Gupta, Princess Mia's Vice Principal, at her high school in the 2001 comedy.

The Proud Family recently began circulating the internet again after it was announced that Disney+ would be rebooting the cartoon.

While her role was small, Oh voiced Marsha Mitsubishi, a local news reporter, in a total of five episodes.

Maybe Mitsubishi will make a cameo in the upcoming season!

While filming her role on Grey's Anatomy, Oh was still very much into voice acting. In the episode "Get That Bigfoot Outa My Face!" of Phineas and Ferb, Sandra Oh voiced Dr. Doofenshmirtz's girlfriend who he met on the internet.

She appeared in two more episodes after that!

It was also announced that Phineas and Ferb would be getting a second film on the Disney+ platform earlier this year.

Sesame Street from time to time invites celebrities to guest star and help teach the younger generation. Sandra Oh got to be one of those influential celebs back in 2011.

The 48-year-old not only worked on Disney shows but also got to work alongside former Disney star, Selena Gomez, on the movie Ramona and Beezus.

She worked as Mrs. Meacham, Ramona's (Joey King) teacher, throughout the children's film.