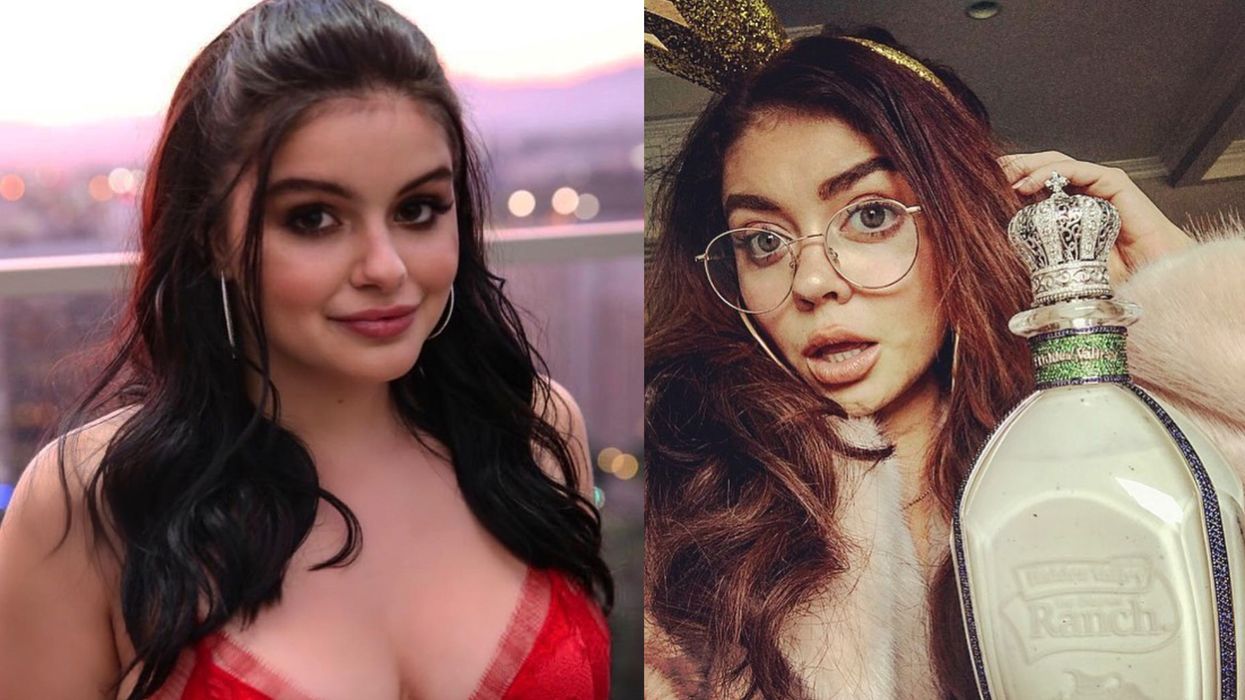 After ten seasons of Modern Family, it's no surprise that Sarah Hyland and Ariel Winter share a sisterly bond in real life. Sarah Hyland went into complete big sister mode earlier this week, defending Ariel Winter when "pervs" started attacking her on Instagram.

Ariel surprised her 3.9 million followers on Sunday with an uncharacteristically dressed-down photo of herself. The photo is of Ariel is pumping gas without a bra or makeup on. She captioned the photo with, "Honestly the ONLY reason I’m posting this is because I’ve never seen a more accurate picture of myself.”

Comments started flooding in immediately - it seemed like everyone had something inappropriate to say about Ariel's braless look - and clearly, those comments crossed the line for Sarah Hyland.

“To all the pervs commenting on this post?” Sarah commented, “GET OFFLINE AND GET BACK TO YOUR BLOWUP DOLL YA CREEPS!”

Then, Sarah posted her own version of Ariel's candid paparazzi photo. In the photo, 27-year-old Sarah is captured walking with her hood and sunglasses on and an angry look on her face.

Sarah mimmicked Ariel's caption too - "Pulling an @arielwinter: Honestly the ONLY reason I’m posting this is because I’ve never seen a more accurate picture of myself. #newyorkeratheart #angrywalking."

The supportive post didn't go unnoticed by Ariel and Sarah's fans. "I am so glad you did this after Ariel did this yesterday," one fan commented, "Thank you ladies for being so real and honest to yourselves. Much love for you both." Sarah Hyland is still in recovery after a health scare left her hospitalized for several days. Sarah's had a tough battle with kidney dysplasia for the last few years of her life, which she's shared openly with her fans on social media.