She looks identical to her mother! 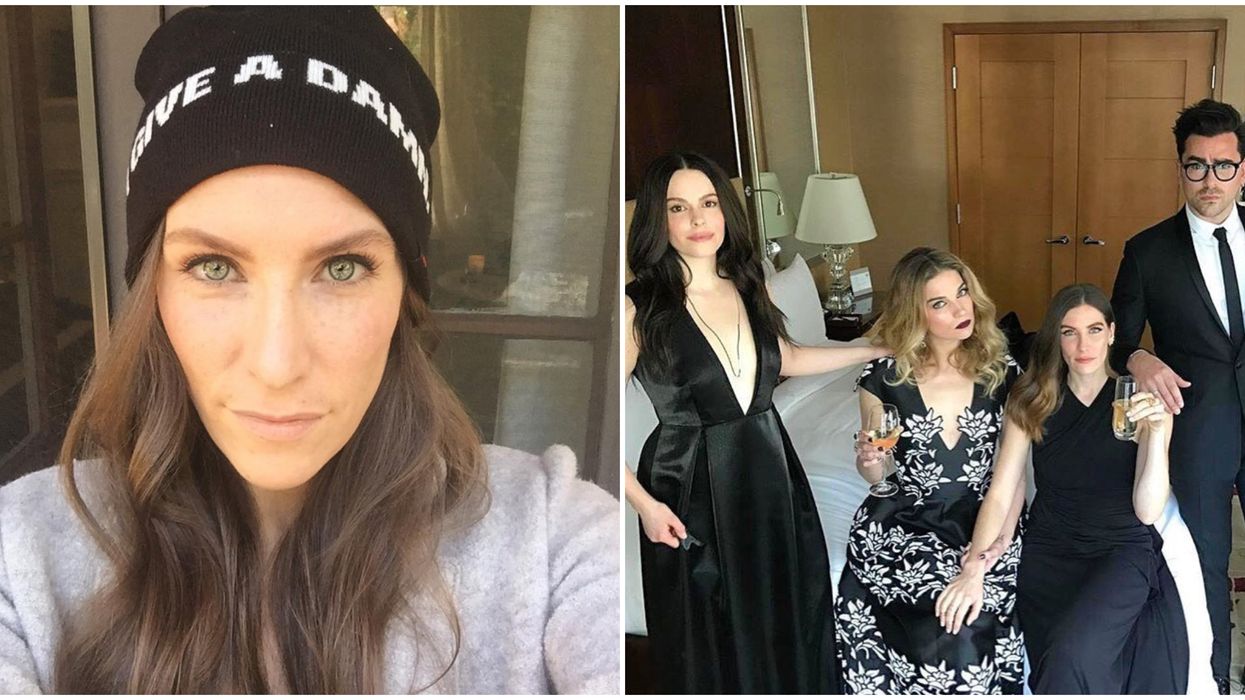 If you've ever seen the hilarious series that is Schitt's Creek then you're probably already familiar with the Rose family, but did you know that some of the show's cast members are actually related in real life? Eugene, Dan, and Sarah Levy images will make you realize just how similar the famous family really looks.

The masterminds we have to thank for Schitt's Creek are none other than the father-son duo, Dan and Eugene Levy. Eugene plays the role of Johnny Rose in the show, and Dan plays his son, David.

If you place the two of them near one another, there's no trouble telling that they're related off-screen as well as on — they both have those signature eyebrows and that charming smirk.

Canadian actress Annie Murphy plays Dan's on-screen sister, and since the pair aren't related in real life, they don't bear much resemblance. Still, they do an awesome job of making audiences believe that they truly are family.

Funnily enough, Dan's real-life sister, Sarah Levy, is also a Schitt's Creek star, although she's not a part of the Rose family in the show.

Sarah plays the role of Twyla Sands in the hit Canadian series, and because she looks more like her mother than her brother and her father, it works out perfectly.

The matriarch of the Levy family, Deborah Devine isn't a part of the Schitt's Creek cast, although she is a celebrity in her own right — she was a writer for the 1990 series Maniac Mansion.

Funnily enough, if you see a photo of Eugene and Deborah together, you might be fooled into thinking it's just Dan and Sarah a few years down the road.

Regardless of who's related and who isn't, the show's cast has grown incredibly close over the years, and have formed a family-like bond that will keep them connected for years to come.

The final season of Schitt's Creek premieres on CBC on January 7. You can watch the trailer below.