The flag was only up for a couple days. 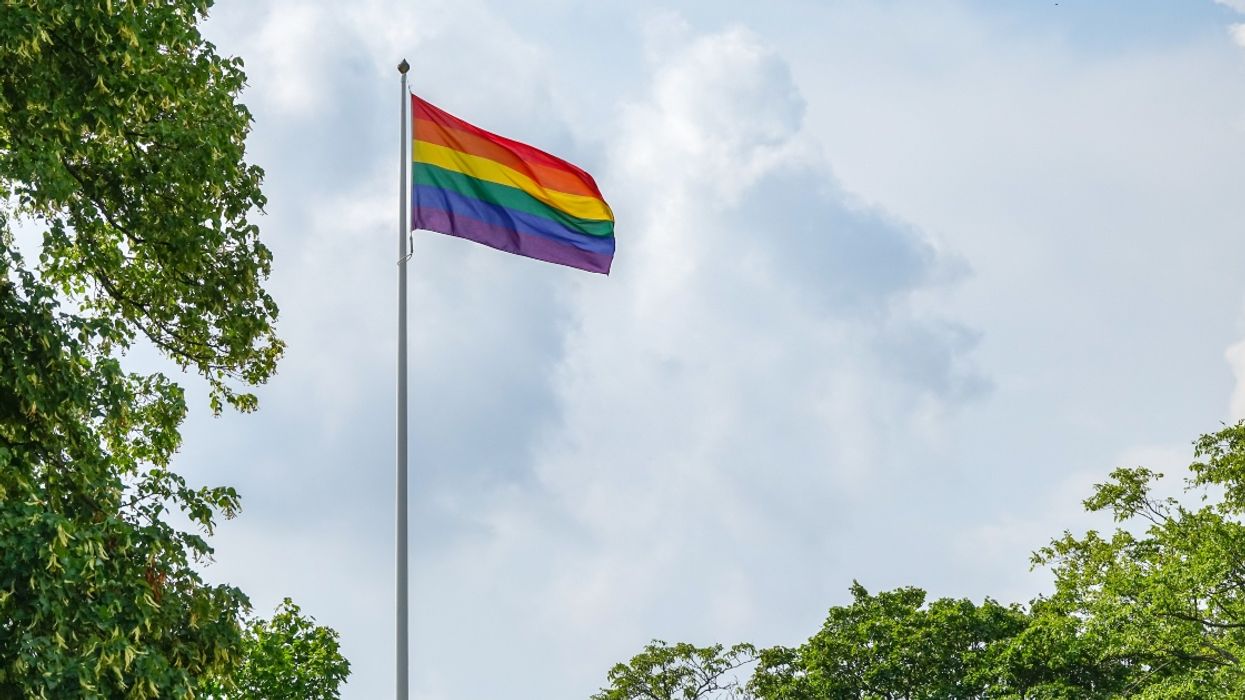 The month of June is Pride Month. All over Canada, people have been celebrating inclusivity, positivity, and acceptance in a multitude of ways. While most cities are making positve steps forward, one Saskatchewan school had their pride flag burned and torn down. Following the incident, students and the Internet have been sharing their disbelief and outrage.

According to CBC, students from a small Saskatchewan town recently discovered that their school's pride flag was torn down and burned. The Stoughton Central School, a community 140 km southeast of Regina, raised the pride flag on Monday, June 24, 2019.

By the time the students got to school on Wednesday, the flag had been pulled down from the pole and burned. RCMP have confirmed with CBC that an investigation is underway.

Students at the school are outraged by the incident. According to grade nine student Nikita Nahbexie, the head board member of the school's gay-straight alliance club, the students are taking it pretty hard. At this time, it is unknown who is responsible.

She told CBC that the burning of the pride flag was appalling and disgusting - especially considering that they are trying to get kids to feel safe and accepted. She even went as far as saying burning the flag was like taking “10 steps backwards.”

A fellow grade seven student who has outed themselves as gay was quite upset about the ordeal. Nahbexie said that this student was in tears because she knows kids who are still hiding their sexuality.

But it’s not just students who are outraged. A large majority of people on the Internet is appalled that something like this could happen.

Many are making the point that this is the exact reason why we need pride. Others can’t understand why some people could hate the pride community so much as to do something like this.

Narcity has reached out to the RCMP and the school board for a comment and we will update this story when we receive a response.

It’s not just this small Saskatchewan community that is having issues with Pride this year. Medicine Hat in Alberta recently had to start a GoFundMe page in order to ensure pride festivities could occur. According to the fundraiser page, there was a lack of funding that was preventing pride events from taking place.

Other cities like Edmonton have cancelled their pride festivals altogether. Back in April of this year, the Board of Directors in Edmonton voted to cancel the event for 2019. This decision was due to a number of reasons including current political and social environments as well as overall safety concerns.

But not all hope is lost. Vancouver pride has received $1 million worth of funding to ensure that festivals are more epic and inclusive than ever before. This large amount of federal funding was also given to pride organizations in Toronto and Montréal.