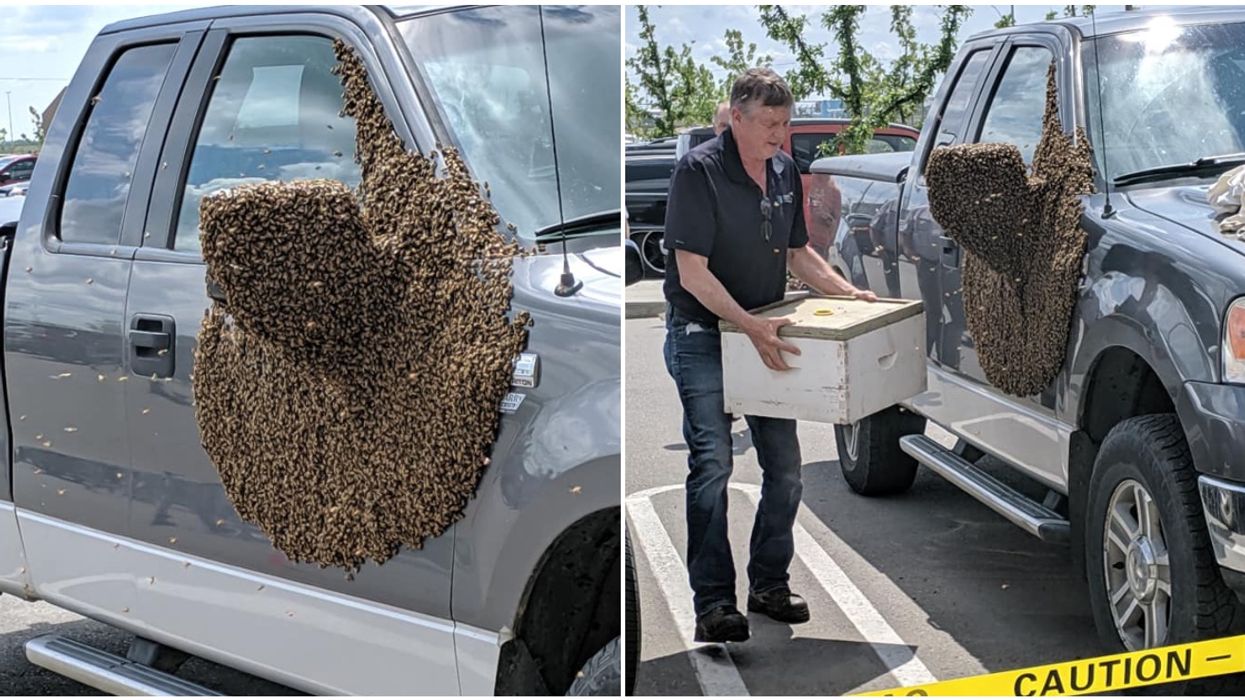 One bee is scary enough, but can you imagine encountering an entire hive right on your car? That’s exactly what happened to a Saskatoon man when a massive beehive covered his truck at a Costco parking lot! Thankfully, the Internet is buzzing with photos of the intense ordeal, so you can see it for yourself.

A Sherward Park man who makes a trip to Saskatoon only a couple times a year was recently at the forefront of a seriously bizarre bee attack. The swarm of bees was harmless and did not pay any attention to the customers of Costco – rather they had an infatuation with a man's truck.

According to CTV News, John Hildebrandt was at Costco in Saskatoon on July 8, 2019, when the ordeal happened. What started out as just a few bees quickly grew to literally hundreds of them swarming on his car.

Narcity spoke with Hildebrandt and he said that he could not comment on the matter any further at this time.

Michelle Vilness of Saskatoon happened to also be working at the time and took photos of the once in a lifetime scene. According to the Facebook post, the bees were swarming the parking lot when the queen bee decided to make the lovely truck her home.

Because of this, all the other bees followed. Literally, all of them. According to the many photos and videos posted online, you can see hundreds of tiny bees gathering over the mirror on the passenger side of the truck. In fact, there were so many bees, that the area around the truck was blocked off with caution tape!

Of course, Hildebrandt eventually needed his truck back and a beekeeper had to be called in order to make sure everyone was safe - including the bees.

CBC spoke with Melissa Stonehouse, president of the Saskatoon Bee Club. According to Stonehouse, a queen bee will lead the hive in search of a new home when capacity has been met. During this time, she will take half of her hive.

Stonehouse explained that the bees will stop somewhere and swarm the queen to protect her while the others will go out and search for a suitable home. Goals.