The final season of the hit series premiered earlier this week. 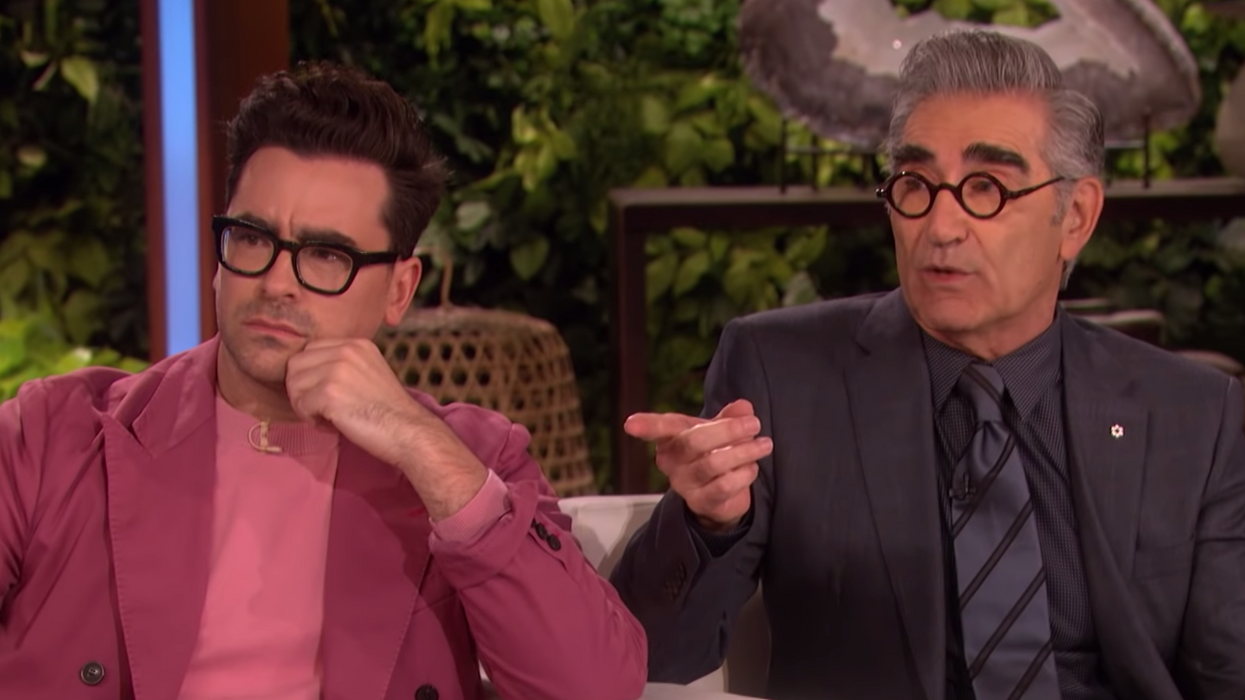 Today's episode was hosted by none other than Dan and Eugene Levy, who are not only an iconic Canadian father and son duo but also the brains behind one of our country's most popular TV series.

According to the Levys, Ellen took the day off because well, she's Ellen, and she can. Eugene and Dan were kind enough to step in for her and took over hosting duties for the day, and they did an awesome job, to say the least.

Although they do play two of the principal characters on the show, they weren't the only ones to appear today — they also brought out their co-stars Catherine O'Hara and Annie Murphy. Together, the four of them make up the Rose family as we know it on Schitt's Creek.

As it turns out, this was actually Murphy's first talk show appearance, so Eugene and Dan had to keep the Canadian actress on her toes with a hilarious prank involving a nosey production assistant.

Luckily, Murphy handled the prank incredibly well and laughed it off with her on-screen family and the audience.

O'Hara, who plays the matriarch of the Rose family, took some time to chat as well, reminiscing on when she and Eugene first met back in 1972. They began working together shortly after that, and would eventually come together again in 2015 to collaborate on Schitt's Creek.

As if all of this wasn't already enough, Dan and Eugene also played a game of "Holey Roller" with a fan, gave out some free (and hilarious) life advice to curious Twitter users, and finally, all four cast members came together to play a game of "Say Whaaat?"

You can check out more hilarious footage from today's episode below.