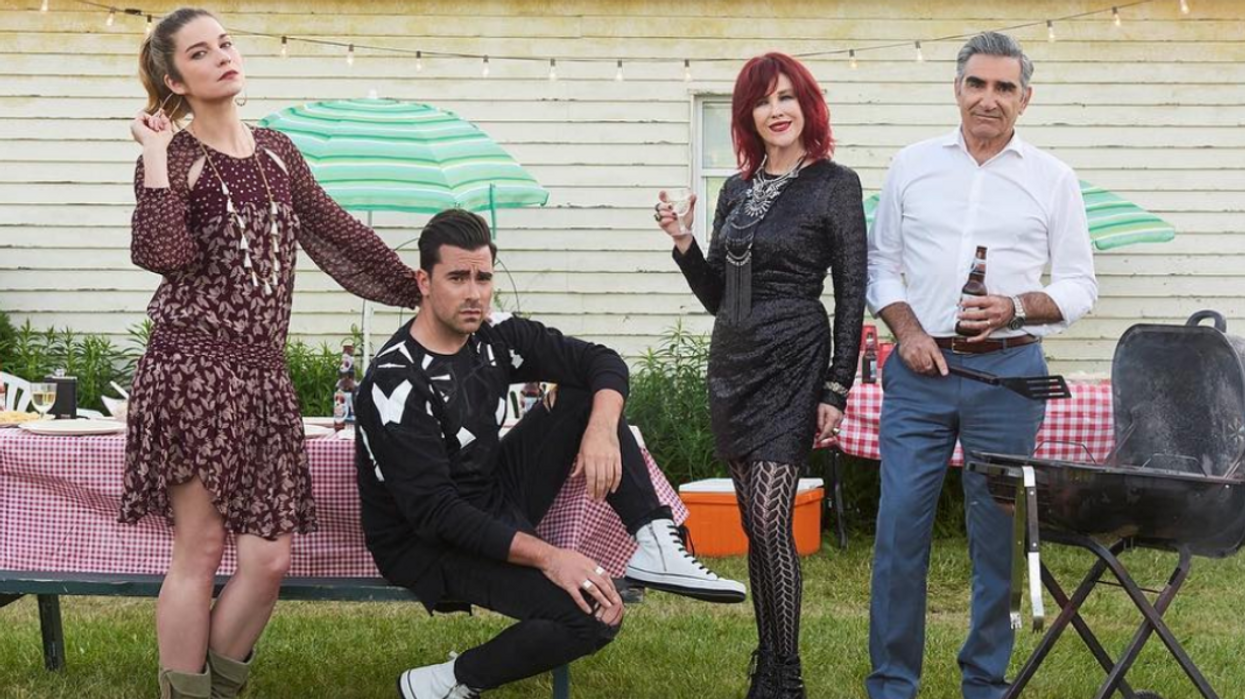 When shows come to an end, it can get emotional for both the cast of the show and fans of the series. That's why the Schitt's Creek cast deciding to go on tour before their final season premieres is so nostalgic for everyone involved. No matter how hilarious the cast is bound to be, it's going to be emotional when they say goodbye to fans. Although a tour is exciting, people are questioning their chosen tour dates. The Schitt's Creek cast is going on tour but they only have one tour date in Canada.

We all know how Canadian Schitt's Creek is, the cast, the crew, the filming location, the literal content of the show, so why is there only one tour date in Canada?

Dan Levy released the official dates on his Instagram story with a link to buy tickets for each. There are a total of eight shows on the "Schitt's Creek Up Close and Personal" tour including cities like Denver, Las Vegas, Atlanta, and Vancouver.

People on Twitter are also confused about why there hasn't been any other Canadian dates announced.

While it could potentially be that the cast is waiting to do something extra special in their hometown, Canadian fans aren't too happy about the recent announcement.

The tickets are still in pre-sale, so there is still hope yet that more Canadian tour dates will be announced!