"When you get your engagement photos done by dRAYke." 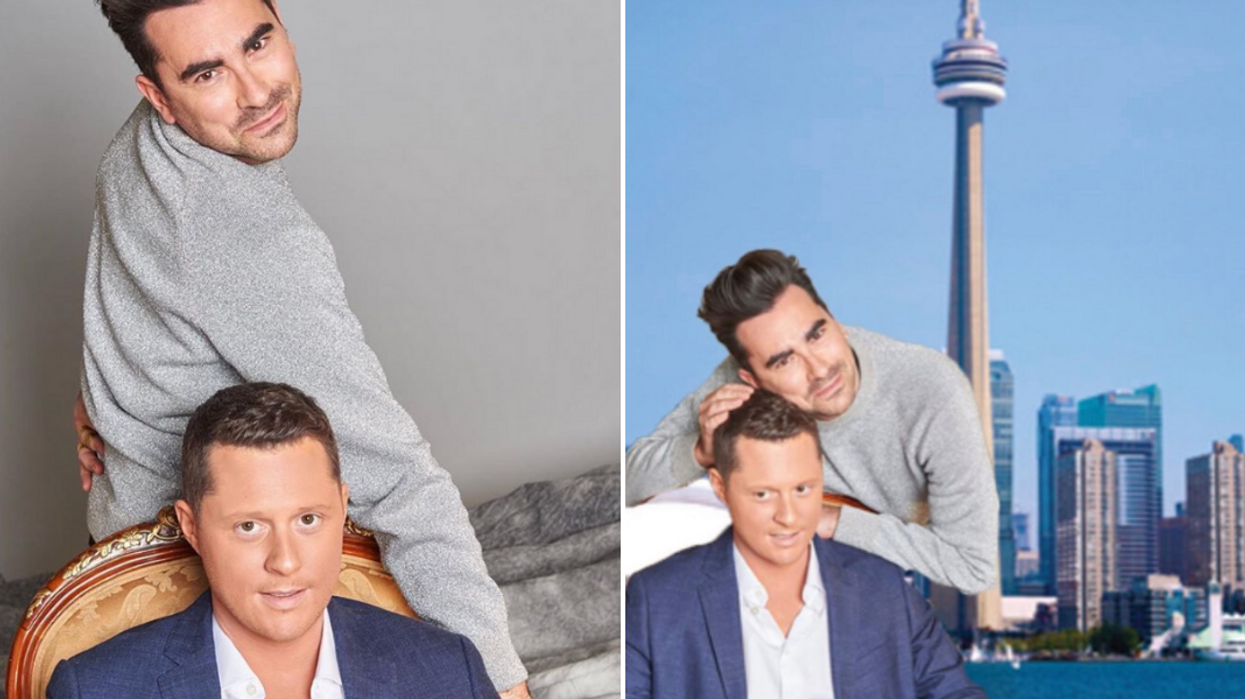 The Rose and Brewer family are about to become one and this actor is preparing both on and off-screen. Schitt’s Creek creator Dan Levy has never been shy when it comes to discussing how important it was to him to create a relationship like David Rose and Patrick Brewer’s on the series. Now that it’s the shows last season and the couple is about to tie the knot, he’s arranged a challenge for fans that involves an engagement photo and a whole lot of Canada.

Levy shared a photo on Instagram this week from David and Patrick’s engagement shoot and captioned the photo, “Find me a better engagement photo.”

Celebs like Colton Haynes responded to the photo of David, standing above a sitting Patrick with his armed draped down his arm, with “We can’t and we won’t.”

However, one fan on Twitter decided to take the photo to another level by channelling Ray Butani, a character in the series who acted as their very over-achieving photographer.

Along with the caption “For Ray”, the user edited the photo to look like a sunset carnival.

Levy responded to the tweet with, “Please Ray-ify us.”

His tweet prompted Schitt’s Creek fans to put their photo-shop talents to the test and try to impress the actor.

While some shared edited photos of the two hilariously on top of pancakes, in a spaceship, and even at a Mariah Carey concert, others took a very Canadian route.

More than one person took it upon themselves to edit the pair in Niagara Falls. The first featured the couple floating aimlessly in a rainbow coloured version of the falls with the caption, “NiagaRAY Falls?”

While another Twitter user photoshopped them in the Barrel that has become a staple to the tourist attraction and called it, “Barrel of Love.”

Someone even brought in reinforcement for their Canadian idea and channelled another Canadian icon, Drake.

They recreated Drake’s “Views” album cover and photoshopped the couple onto the CN Tower, “when you get your engagement photos done by dRAYke.”

Levy wasn’t opposed to the Canadian additions either. Amongst the multiple edits shared on his Instagram story, he himself showcased one photo of the couple in front of the Toronto skyline.

With the official Schitt’s Creek account now even taking photoshop requests, we could potentially see even more Canadian edits.

You can catch the final episodes of Schitt’s Creek airing Tuesday nights on CBC.