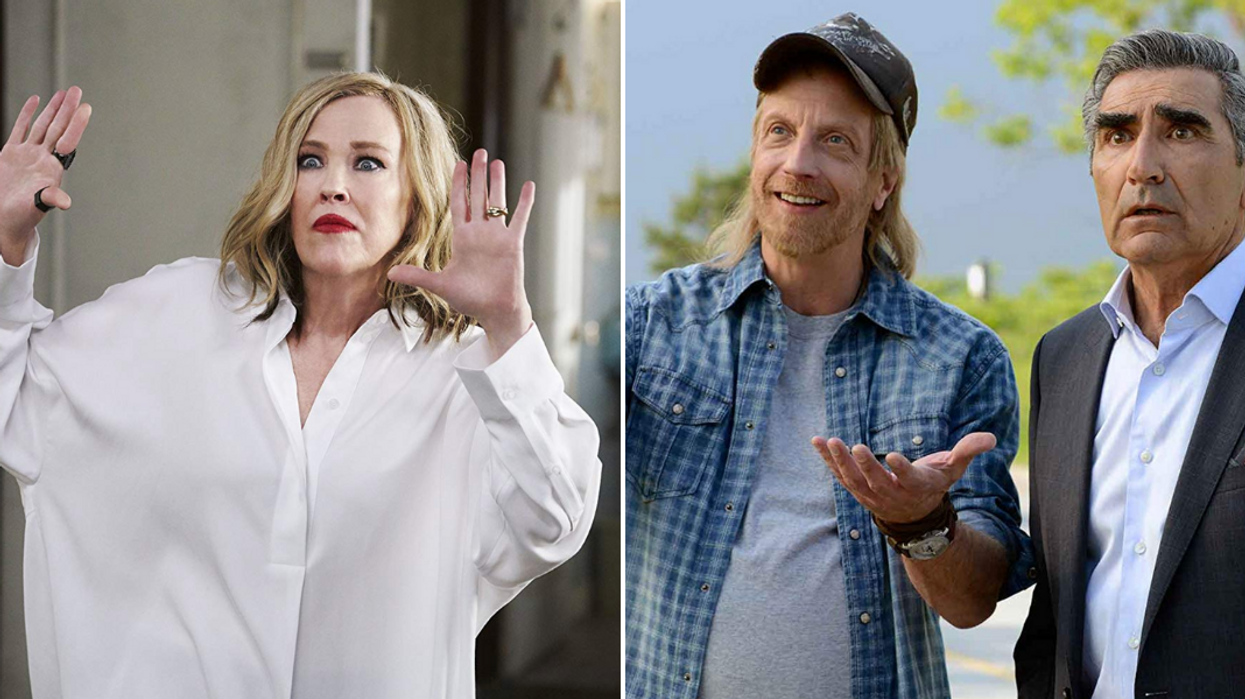 A small Canadian comedy has spent the last five years promoting humour, hijinks, and love to families across the country. Although the time has come where fans will have to start to say goodbye to the Rose clan, nothing about the show's morals have changed. The comedy may have a drastically different concept than most series on television but that's not stopping fans from wanting to know what'll be going down in season 6. The Schitt's Creek final season spoilers will make you want to watch ASAP.

We left the Schitt's Creek residences in a fairly happy place. With a successful cabaret and a newly engaged David, there was enough love in the rundown town to even make Johnny Rose a little teary-eyed.

There was, however, a lot left open to be dealt with in the next season. Now with a trailer in the mix and spoilers from media personnel who have already watched the premiere, there's a lot to be said about what could potentially happen in season 6.

Dan Levy has assured us on many occasions that the show is ending on a note that he and his father, Eugene Levy, are proud of. However, that doesn't necessarily mean some part of viewers won't be heartbroken.

The focal couple of the show since season 3, these two ended off season 5 on the strongest note possible. They're also looking for a new home, and everyone is ecstatic for them, but according to the trailer, things may not be all fine and dandy.

With the show picking up off of where the last season ended, the pair, including Alexis, will be going straight into wedding planning.

Weddings can be stressful to plan, but David Rose's is, according to the trailer, a whole other level of anxiety-inducing.

There's also the fact that the trailer for season 6 includes a goodbye scene between Alexis, Stevie, and David. Could this finally be the moment where the Roses split up, with one leaving Schitt's Creek?

It wouldn't be far-fetched to say that Alexis is immersed in her brother's wedding planning because she sent boyfriend Ted off to the Galapagos Islands alone.

Mid-way into the trailer we see Ted return to a dramatic hug from Alexis, but moments later she's sobbing in her father's arms.

Did Ted meet someone new during his time studying the tropical island? Could there be a romantic happy ending awaiting only one Rose sibling?

She may not be the queen of the soap-opera world anymore, but Moira hasn't lost her ability to act like she's constantly in one.

According to a viewer who watched the earlier media screening, Mrs. Rose will be dealing with her rejection from Hollywood once again and will work towards her final last hurrah in an attempt to leave Schitt's Creek once and for all.

If the way the trailer for the newest season is staged (as a motel commercial) is any indication, these two motel owners will be putting all they got into fixing up the Rosebud.

Johnny, knowing how much his wife wants to leave, sees the motel as an opportunity to give that to her.

As for Stevie, the Roses aren't the only ones thinking about life outside of Schitt's Creek.

You can catch the last 14 episodes of Schitt's Creek starting January 7 on CBC.