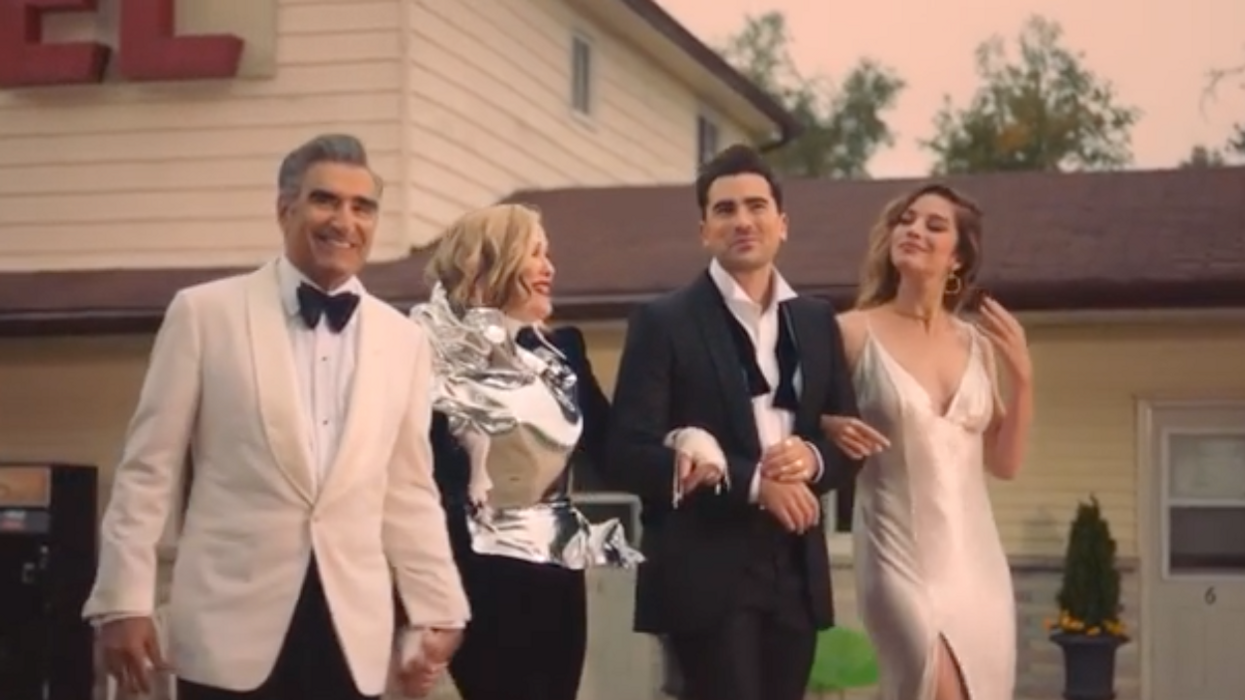 It's been almost five years since Schitt's Creek hit the TV waves, and in that time, the Canadian show has gained a massive following. People from all over the world have tuned into the series, falling in love with the hilarious characters and the talented actors that play them. With Schitt's Creek season six set to premiere in the new year, fans have a lot to look forward to.

According to showrunner Dan Levy, he and his father Eugene knew exactly how they wanted to wrap up the series, so the fact that they're getting to create the perfect ending in the upcoming season is a huge sigh of relief for fans.

A lot of shows on the air are cancelled unexpectedly, leaving audiences disappointed with an inconclusive or haphazard ending that doesn't make any sense.

Although filming for season six ended many months ago, Schitt's Creek fans are still eager to see exactly how the show will wrap up, and what kinds of twists and turns we'll be taken through during the remaining episodes.

In the middle of November, the show's official Instagram page shared a video with some sneak previews of the upcoming season, and fans couldn't help but notice that everyone looked to be dressed up for a wedding.

The beloved cast of the show has also been sharing plenty of content on Instagram, and from the looks of things, the upcoming season may just be the best one yet.

Back in March, Dan Levy shared an emotional photo of the first table read of the last season.

On the last day of filming, he also shared a sweet shot of the classic Rosebud Motel.

The cast members are just as close in real life as they are on the show as well, so they never shy away from posting some silly snaps together.

We may not have too many spoilers about season six yet, but that's probably a blessing in disguise so that fans can enjoy whatever ending the Levy's have created.

The final season of Schitt's Creek will premiere on Tuesday, January 7. If you still have to catch up on the older seasons, you can watch them all on Netflix Canada.

Leafs fans can finally pick a team that wins something. ⚽

You might be thousands of miles away in Canada, but the excitement of Euro 2020 is not something to miss, no matter where you are in the world.

This tournament involves Europe's best soccer (or football) teams, with some of the greatest players in the world all battling for one of the most highly sought after trophies in the world of sports.